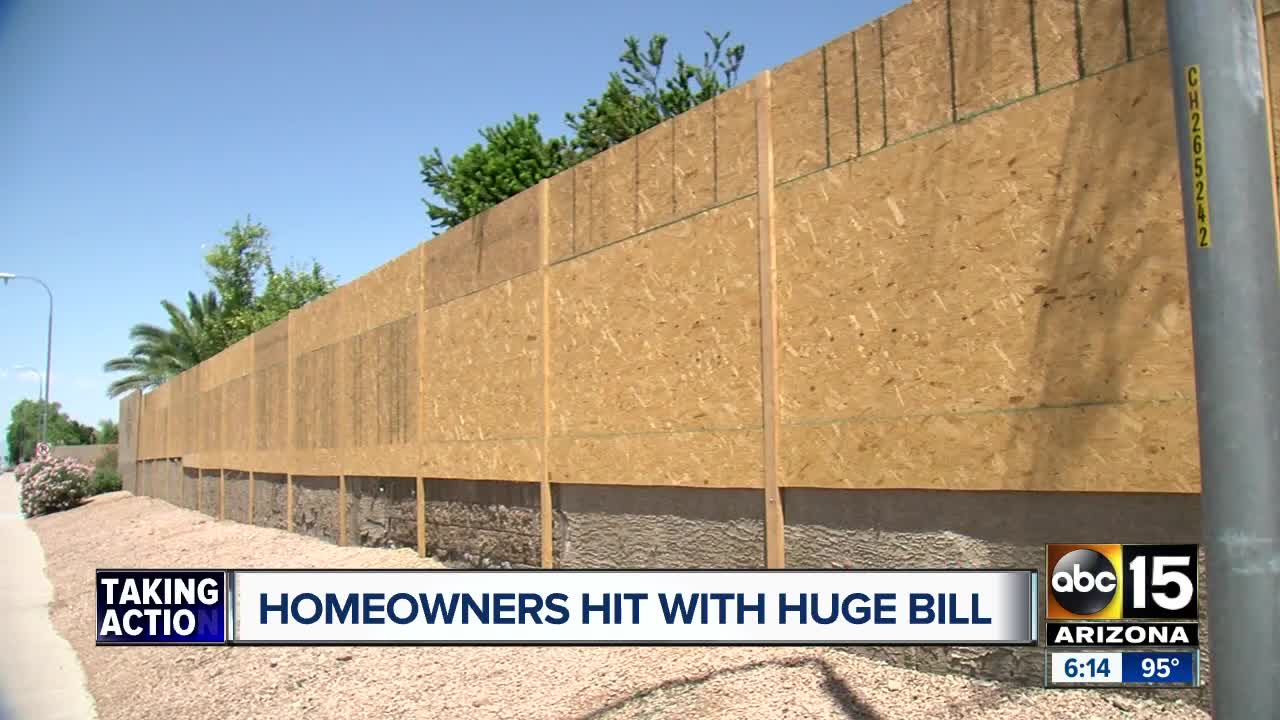 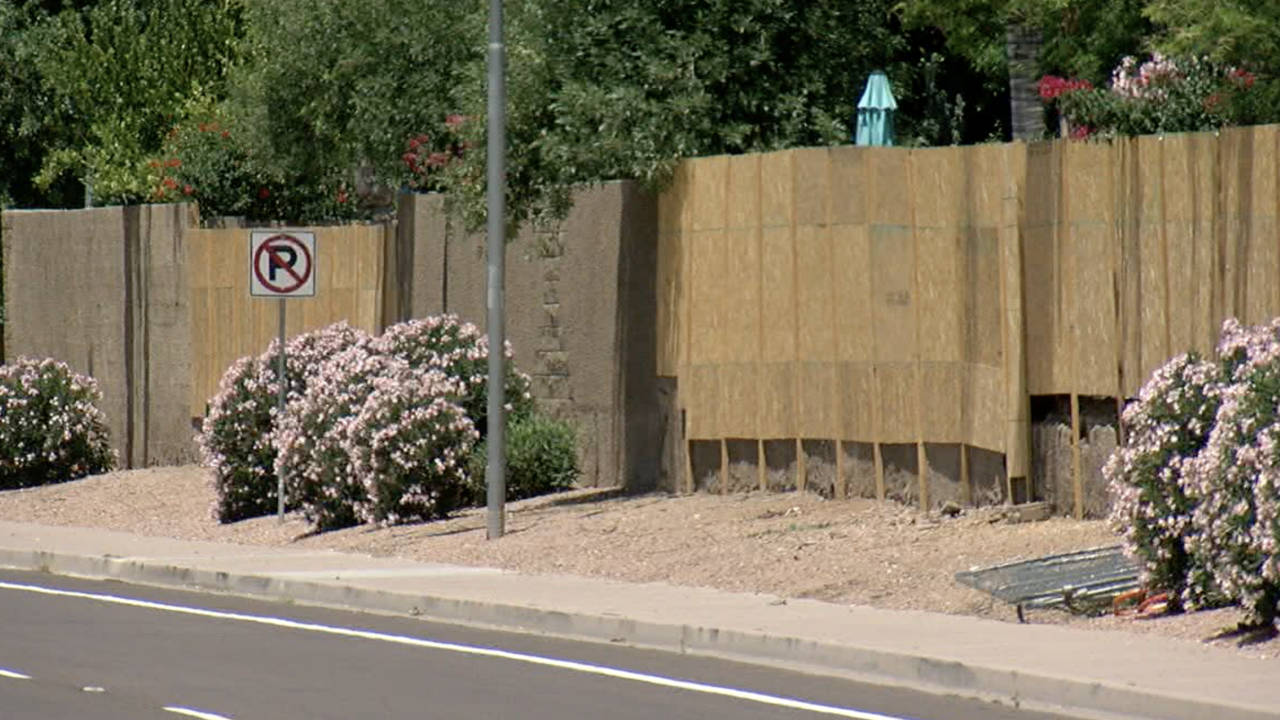 CHANDLER, AZ — Neighbors living in the Clemente Ranch Subdivision in Chandler are fed up with the sight of dozens of exterior walls cracking and falling over.

The residents' homeowners association is asking them to pay for a multi-million-dollar project to fix the damage.

"They're now asking for around three million dollars to fix them," said Hoge.

Hoge has called the community home for 25 years. He says the HOA recently notified residents that they'd be on the hook for the cost of the repairs - $1,800 per household to repair the walls along Queen Creek and Dobson Road.

"We can either choose to pay the assessment in full or spread it over three years," said homeowner David Garrett.

Those that choose to pay it over time will owe $50 a month for 36 months.

The challenge is convincing folks who don't live along the exterior walls that it’s their problem too. "There's some confusion about who is responsible for these walls because they are people’s back yards," said Garrett who has yet to decide how he'll vote.

He says the walls surrounding other parts of the community remain intact for now. "What happens when they come back for Ryan, Alma School, are they going to charge another eighteen hundred dollars?" asked Hoge.

Homeowners are upset that they're being hit by this bill now when a long-term plan may have made the price tag more manageable.

"Our dues could have incrementally gone up five percent over the last ten years and there would be some money in the coffers, right now we're not Congress, we can’t just print more," said Garrett.

Residents have until July 2 to cast their vote on the proposal. If it doesn't pass, the HOA may consider increasing monthly dues over several years to pay for the cost.

A HOA town hall meeting will take place at the Avion Center on June 11 at 6 p.m.

The HOA says they are in the process of sending out a five page document to homeowners that will break down the plan and cost of the proposal.