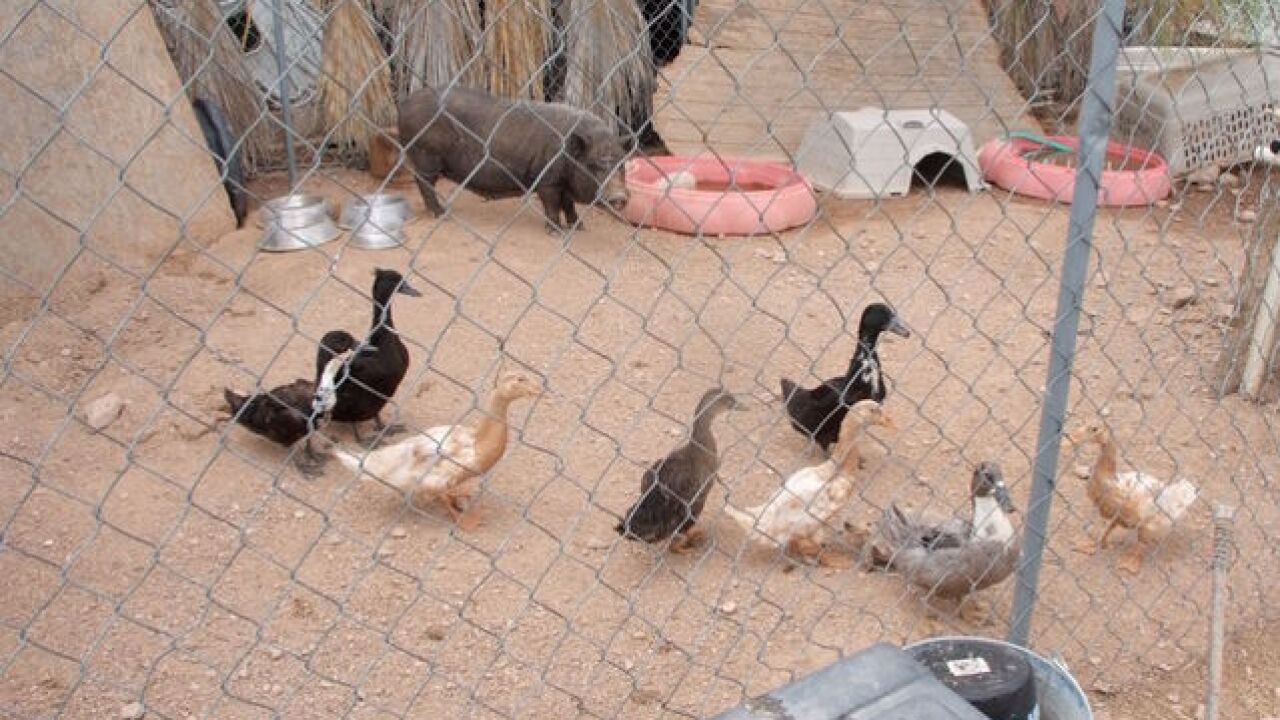 Copyright 2018 Scripps Media, Inc. All rights reserved. This material may not be published, broadcast, rewritten, or redistributed.
<p>Photo courtesy of the Apache Junction Police Department.</p> 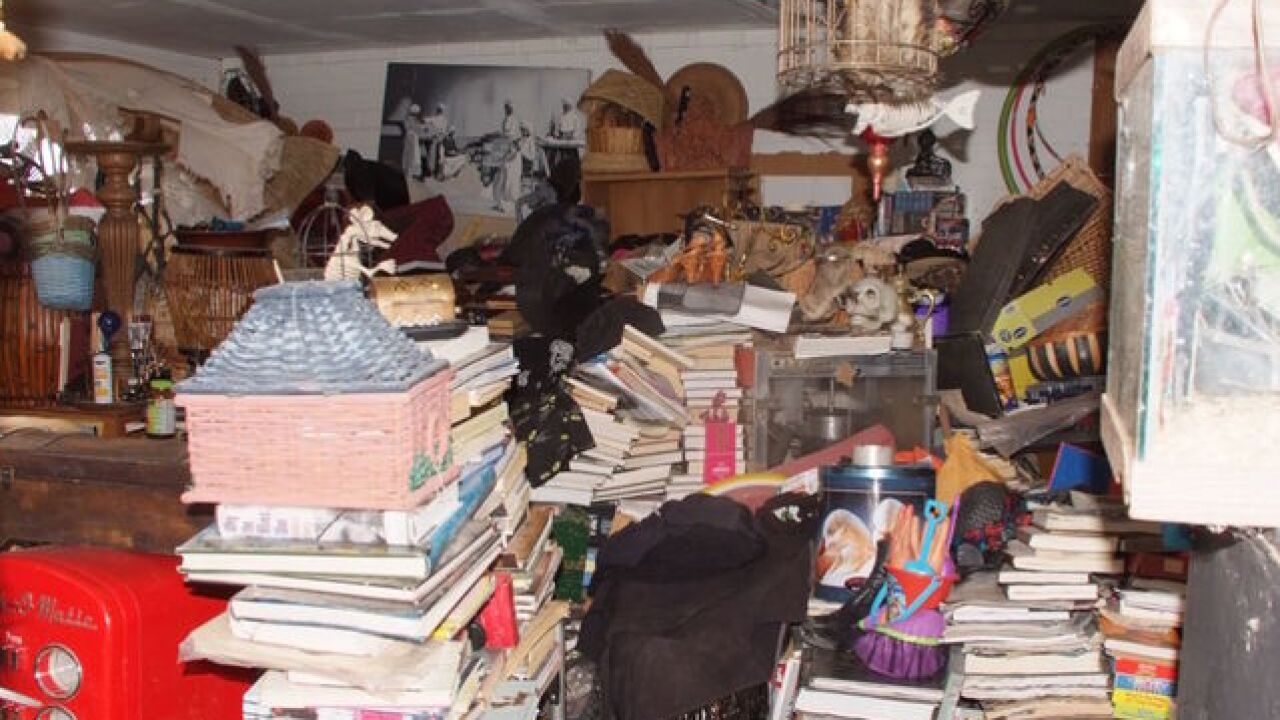 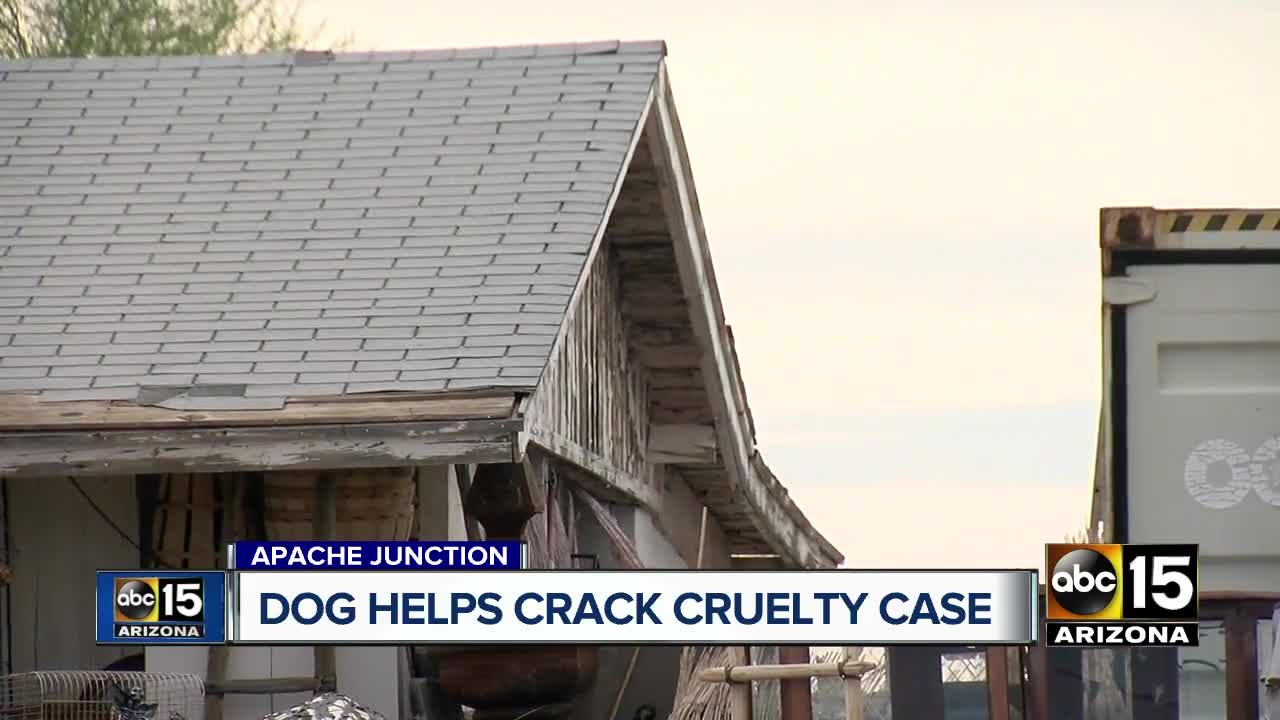 An Apache Junction woman is facing criminal charges for animal cruelty and neglect after officers say 32 animals — including dogs, tortoises, ducks, chickens, snakes, a lizard, pigeon, and pig — were found malnourished and living in a hoarding situation.

“There wasn’t proper water or nutrition provided for them,” Officer KC Sheahan told ABC15. “Most of them were underweight.”

Sheahan said he was alerted to the situation on July 5 after following a German shepherd that was loose back to its home, near Tomahawk Road and Superstition Boulevard. On July 11, officers executed a search warrant at the property of 69-year-old Vyle Raven-Greyv.

Police said the seizure was among the department’s largest and required the help of the city’s code compliance office, park rangers, local farmers, and representatives from the Paws and Claws Care Center and Phoenix Herpetological Society.

Raven-Greyv signed over all the animals to police, and they are now being cared for at several different organizations.

On Friday, she told ABC15, “I would never knowingly harm or deprive any animal in my care” and claimed most were in “a lot worse shape” when she took them in.

“The individuals care about the animals in most cases and they don’t realize what they’re doing is harming the animals,” Sheahan said.

Anyone who suspects animal abuse or neglect is urged to document the situation and call their local police, animal control office or the Arizona Humane Society.