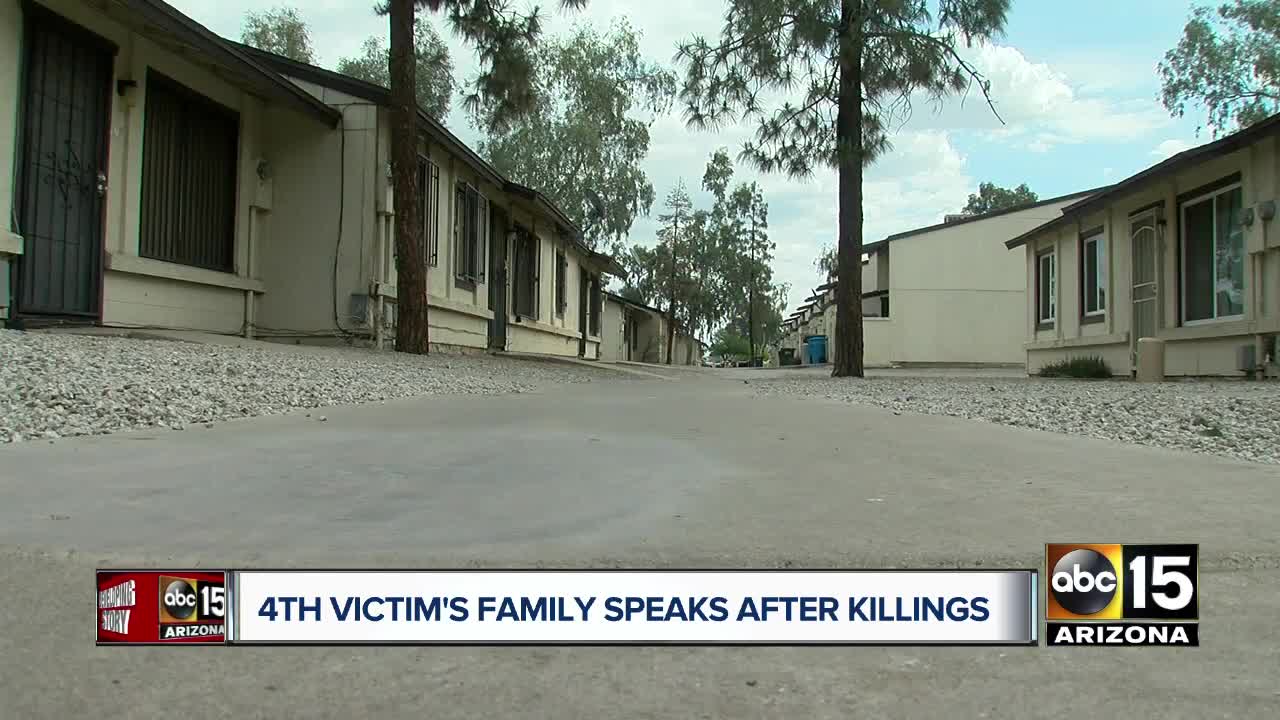 The family of Ron Freeman, the fourth victim in Thursday's tragic killings, is honoring his memory. 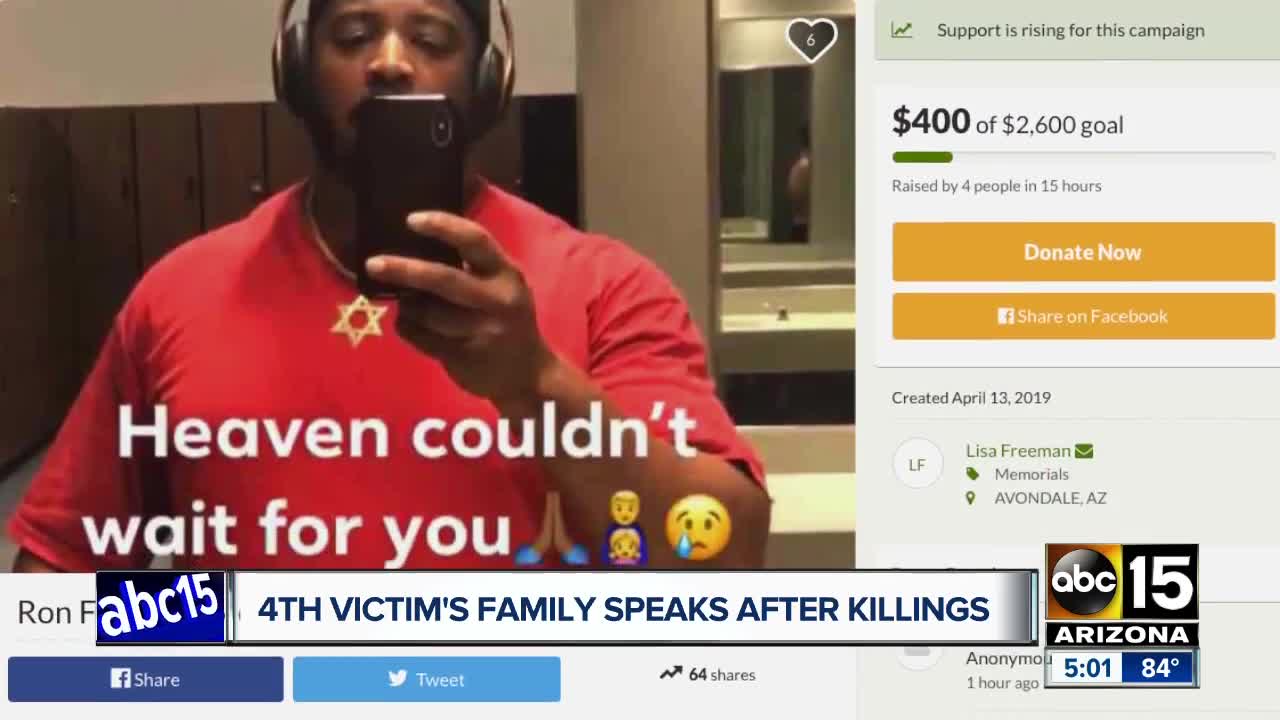 PHOENIX — The family of Ron Freeman, the fourth victim in Thursday's tragic killings, is honoring his memory.

Police say Austin Smith admitted to killing the mother of his children, Dasia Patterson, and their two young kids.

Police say after killing them, Smith went to the neighborhood near 69th Avenue and Indian School Road looking for his brother, who he accused Patterson of having an affair with. Fells says Freeman was a friend and lived adjacent to his brother's apartment.

"My son tried to talk him into understanding, you're crazy to think your brother would have any relationship with your wife," Freeman's mother, Sharon Fells, said. "But he had no idea that young man had already killed his own family...My son turned his back on him, and he shot my son in the back."

RELATED: Family and friends of Dasia Patterson speak out after tragic killings

Fells describes her son as a good-hearted person.

"He was easy to talk to and took on the problems of everybody," Fells said.

She says he was a marine veteran who leaves behind eight children.

"The one thing that brings me peace is I know where he is, and he is with God now," Fells said.

Freeman's family says Smith also shot his brother and Freeman's girlfriend, but both are recovering.