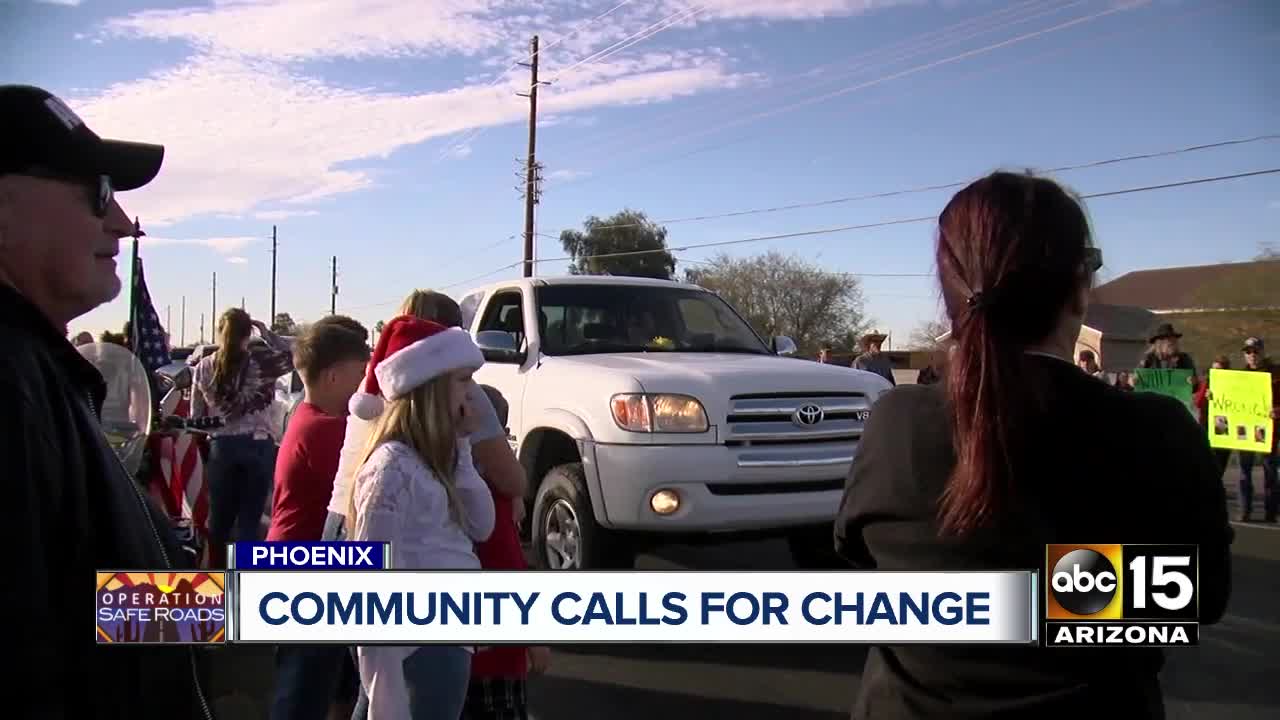 Two people have been killed recently in crashes near 39th Avenue and Southern, and those who live nearby want the city to make the area safer for pedestrians. 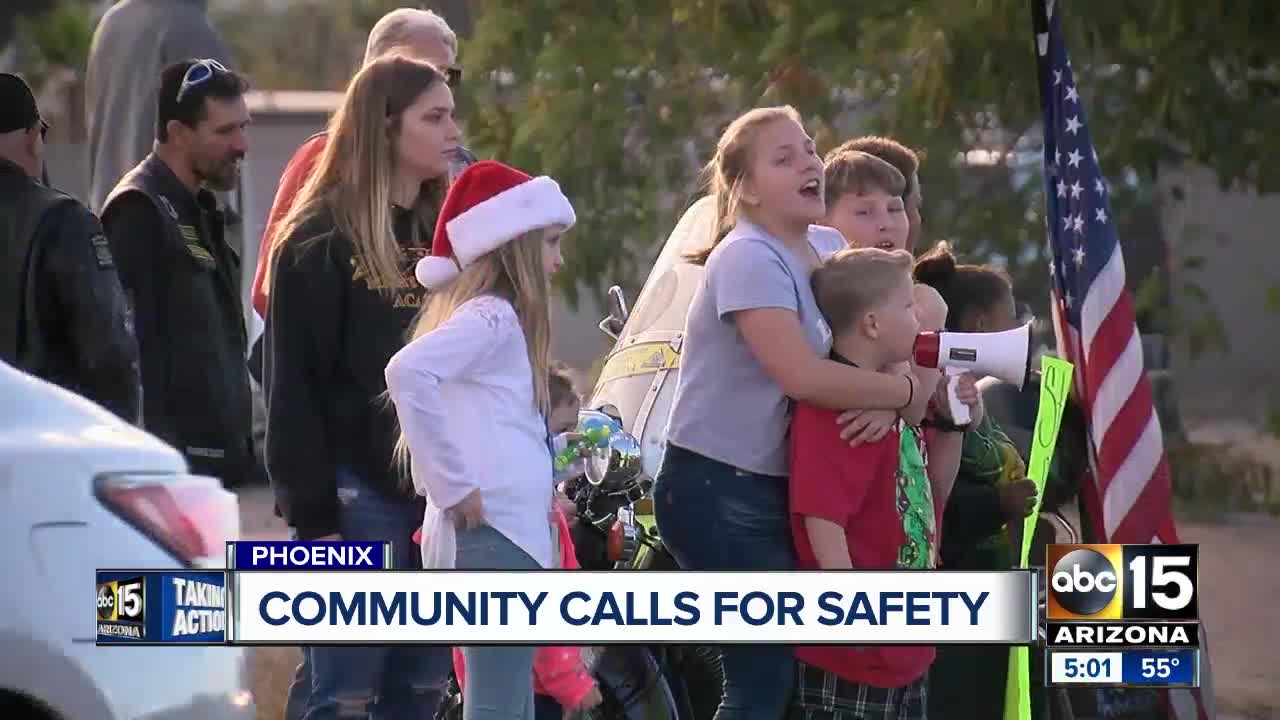 PHOENIX — A Valley community is calling for safety improvements along a stretch of road they consider extremely dangerous.

Dozens of people held a protest at 39th and Southern avenues on Sunday afternoon, calling for a stoplight and crosswalk to be installed. Two pedestrians have been hit and killed by vehicles at this location since last month.

"We don't want that to happen to anybody else," said Melissa Garcia. Her uncle, Manuel Villa Verde Jr, was killed after a vehicle hit him last week.

"That's why we're fighting for this," Garcia said.

Chants of "We need a light!" filled Southern Avenue on Sunday. While the most recent fatalities involved pedestrians who police say were crossing mid-block, residents note the nearest crosswalk is a significant distance away.

"There's no intersection, where's the intersection at?" Garcia said, referencing the nearest one a few hundred yards away.

"I've been here for 19 years and all I hear is sirens every night," said resident Linda Dahling.

A representative for the Phoenix Street Transportation Department told ABC15 plans are in the works to improve the area. The city is collecting data for a traffic safety study and is looking into adding new street lighting and sidewalks. What amounts, essentially, to a high tech crosswalk called a "HAWK" might also come to the area, although there is no word on a timeline.

"In response to the recent pedestrian fatalities at the intersection of 39th Avenue and Southern, I’ve asked the city’s Street Transportation Department to make safety improvements to this area. They are working with Maricopa County, which also maintains a portion of the roadway in this area, to coordinate multiple safety improvements.

The Street Transportation Department is currently in the process of designing a concept for a HAWK pedestrian crossing signal to be installed at this intersection. They are also looking at additional improvements that include adding new street lighting and sidewalks at this location. We will actively work with the community to get this done. A community meeting will be scheduled in January where residents can provide feedback and learn more about the planned improvements."