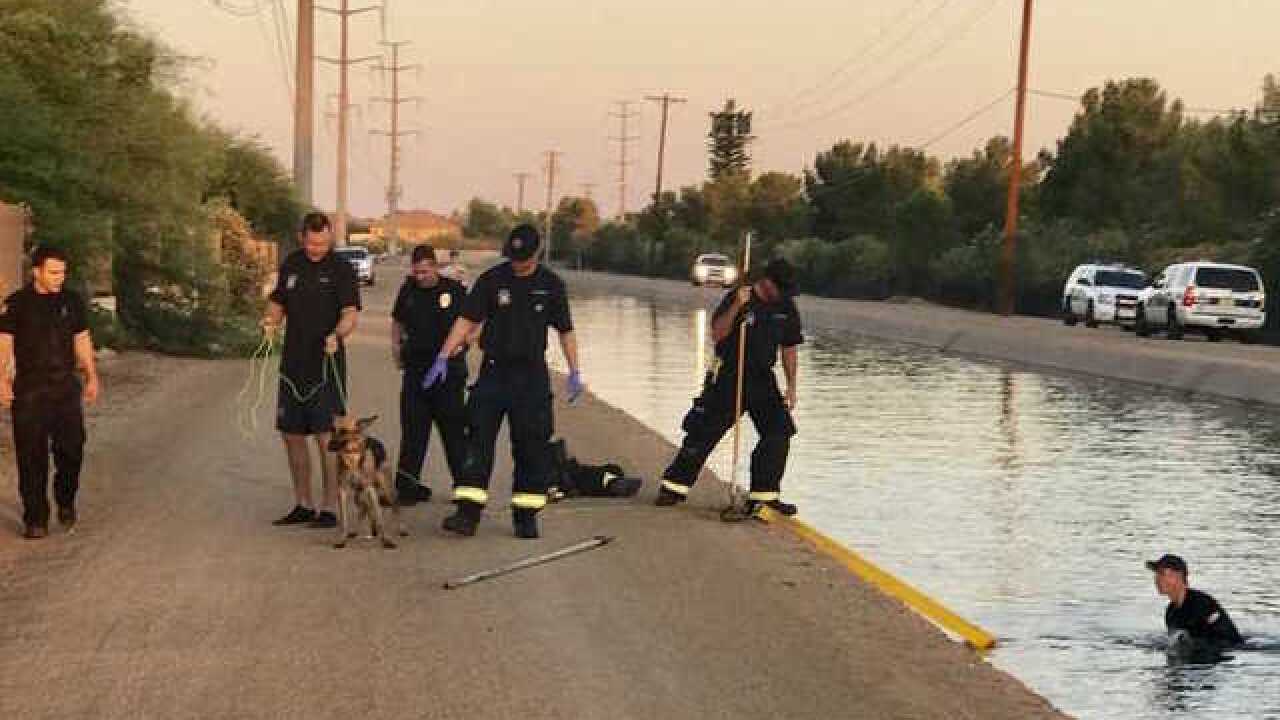 A months-old German Shepherd is getting a second chance at life after passersby, police and firefighters came together to rescue it from a Phoenix canal.

Mary Lou Wilson says she was walking along the canal near 32nd Street and Baseline Road Sunday morning when she saw an animal in the water.

"I was trying to make out a duck in my head, but it would not compute," Wilson said. "The closer we got, the more we dreaded what it was; it was a beautiful German Shepherd."

Wilson made several attempts to get the dog out of the canal but the pup was tired and scared and struggling to keep his head above water, she explained.

Other people stopped to help Wilson but the group eventually decided to call the Phoenix Police Department.

"Within five minutes, two police cruisers arrived — then two more," Wilson said. "Then one or two more, along with a fire truck and crew."

It took about 45 minutes for the group to bring the scared dog to safety, Wilson said.