Former Hacienda HealthCare board member talks about why he resigned 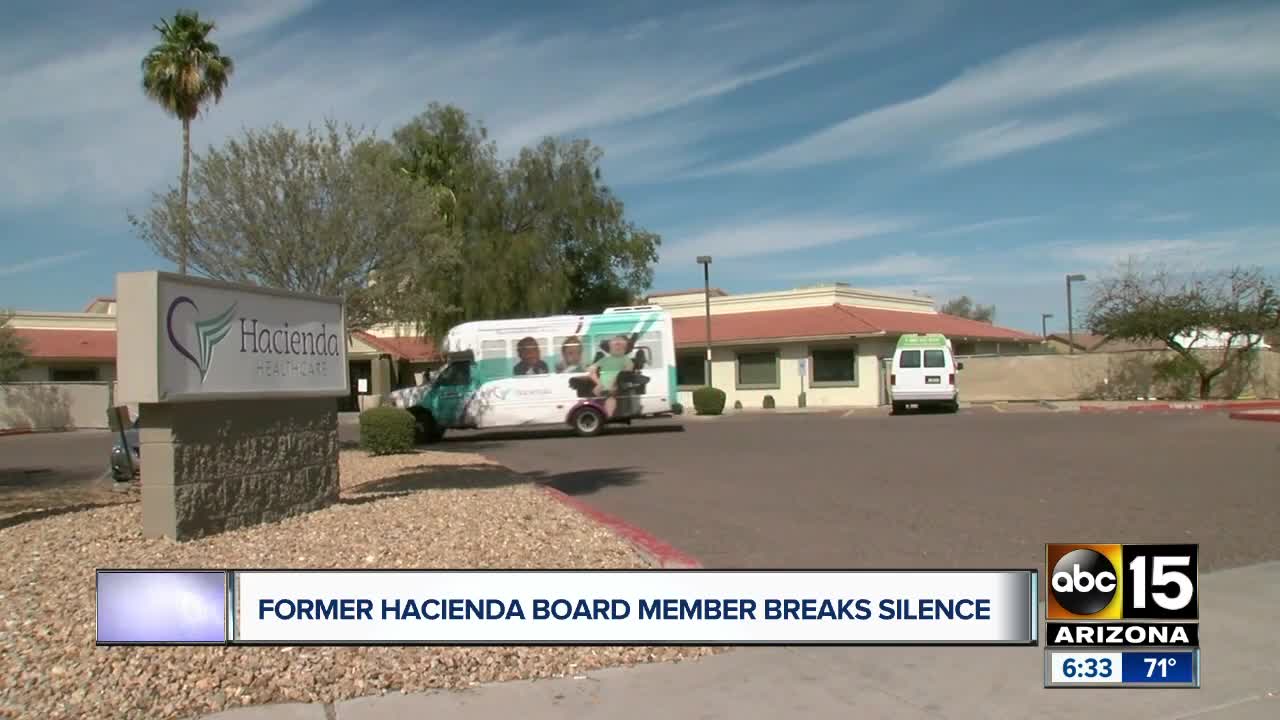 Dr. Kevin Berger stepped down from the board of directors last week, and talked about the challenges currently facing the company.

PHOENIX — Monday, former Hacienda Healthcare board member Dr. Kevin Berger, broke his silence after he resigned from the board last week.

He was one of nearly a dozen top company officials whose firings or resignations were made public last week, including the CEO, two COOs and the directors of nursing, patient care and healthcare support. The departures have come as the company deals with the scandal of an incapacitated patient who was raped and subsequently gave birth. Nurses and other staff did not know she was pregnant until she gave birth in late December.

Berger said he resigned because he no longer believed he could be effective on the board nor advocate for patients and families. Given all of the resignations, he believes those who remain should follow suit.

"I think there is no other choice but to have everybody resign, to restructure and to start again, we have to hit a re-set," he said.

Berger also has concerns with the boards appointment of Perry Patrilli as CEO, who has been with the company since 1994.

"If we're losing that many people, it seems that there's a level of frustration that they don't feel like leadership is taking the company in the right direction," he said.

Nathan Sutherland, a former Hacienda nurse, has been indicted in connection with the woman's rape. He has pleaded not guilty.