Firefighters: One killed in crash near 7th Avenue and Broadway 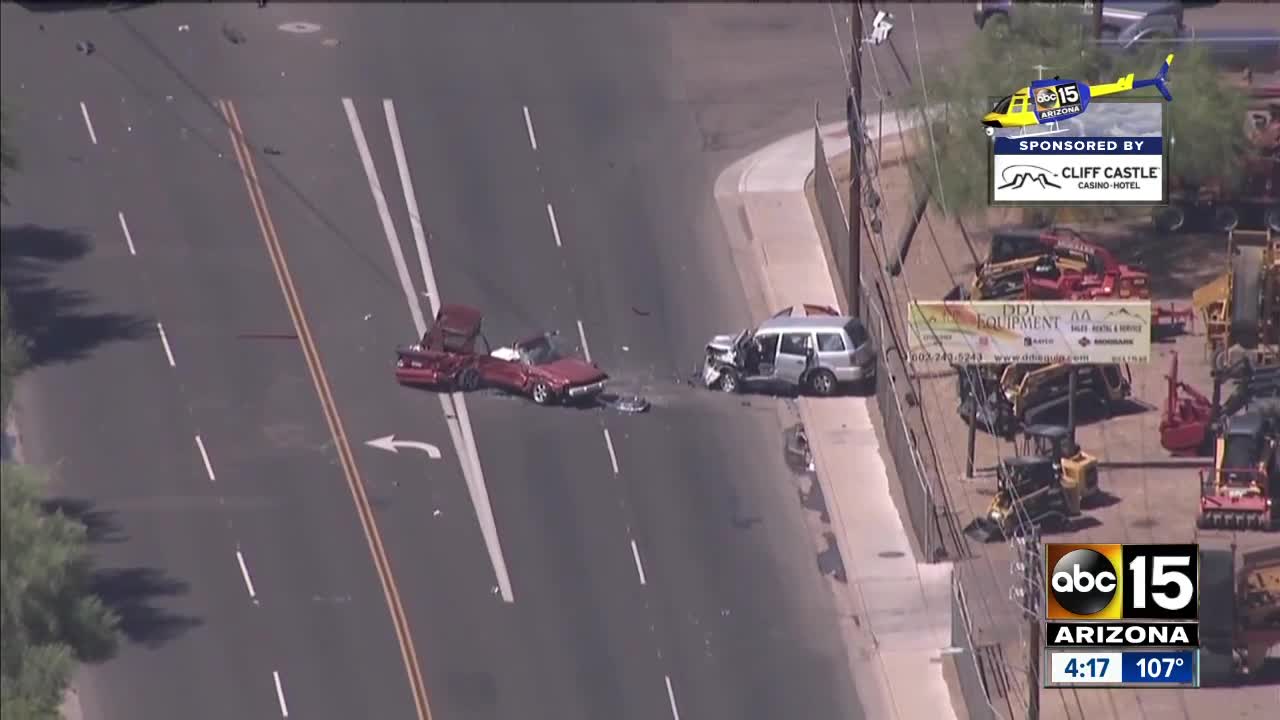 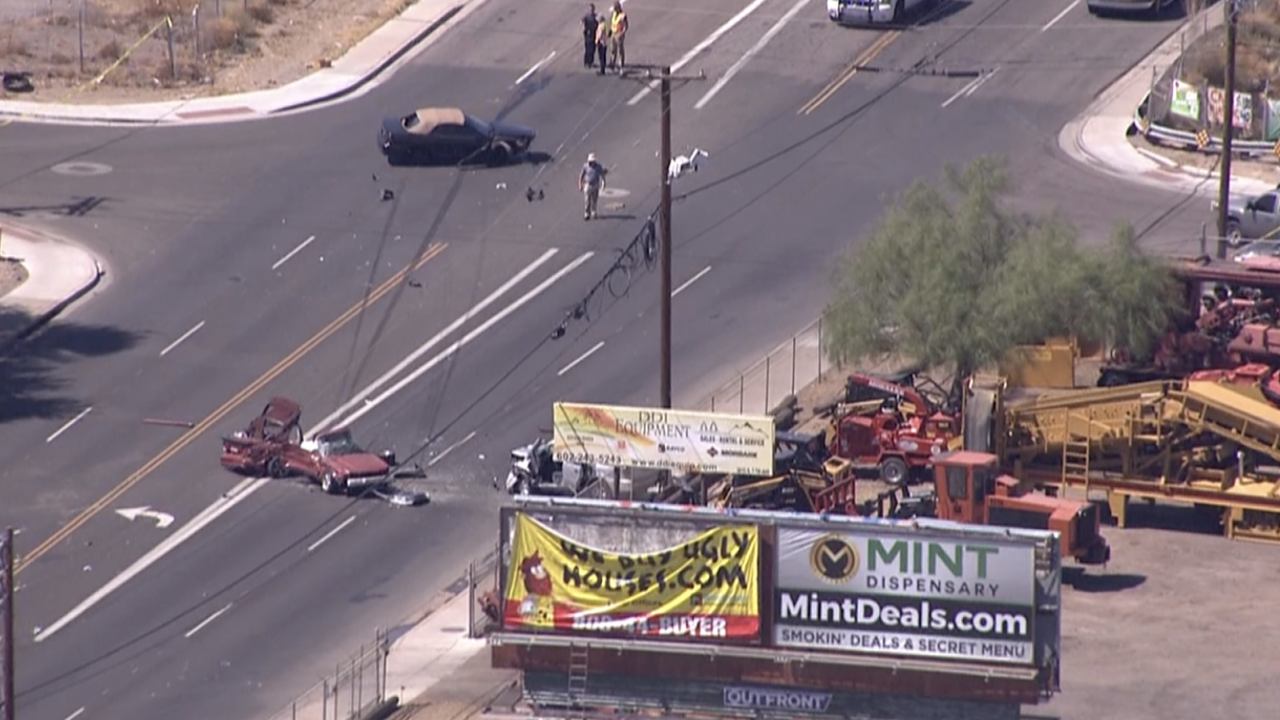 PHOENIX — Officials say one person was killed and another hospitalized after a crash in south Phoenix Tuesday afternoon.

The Phoenix Fire Department says two vehicles were involved in a T-bone crash near 7th Avenue and Broadway around 1:45 p.m..

The crash sent Banda Jr.'s Mustang into the northbound lanes, where it crashed with a Honda Pilot.

Banda, Jr., was pronounced dead at the scene. The driver of the Honda Pilot suffered serious, but non-life threatening, injuries and was taken to the hospital. The other Mustang driver and a passenger were not injured.

Police say impairment does not appear to be a factor in the crash, but say speed may have played a role.

The Phoenix Police Department says the crash closed 7th Avenue in both directions between Broadway and Watkins while officers investigated.