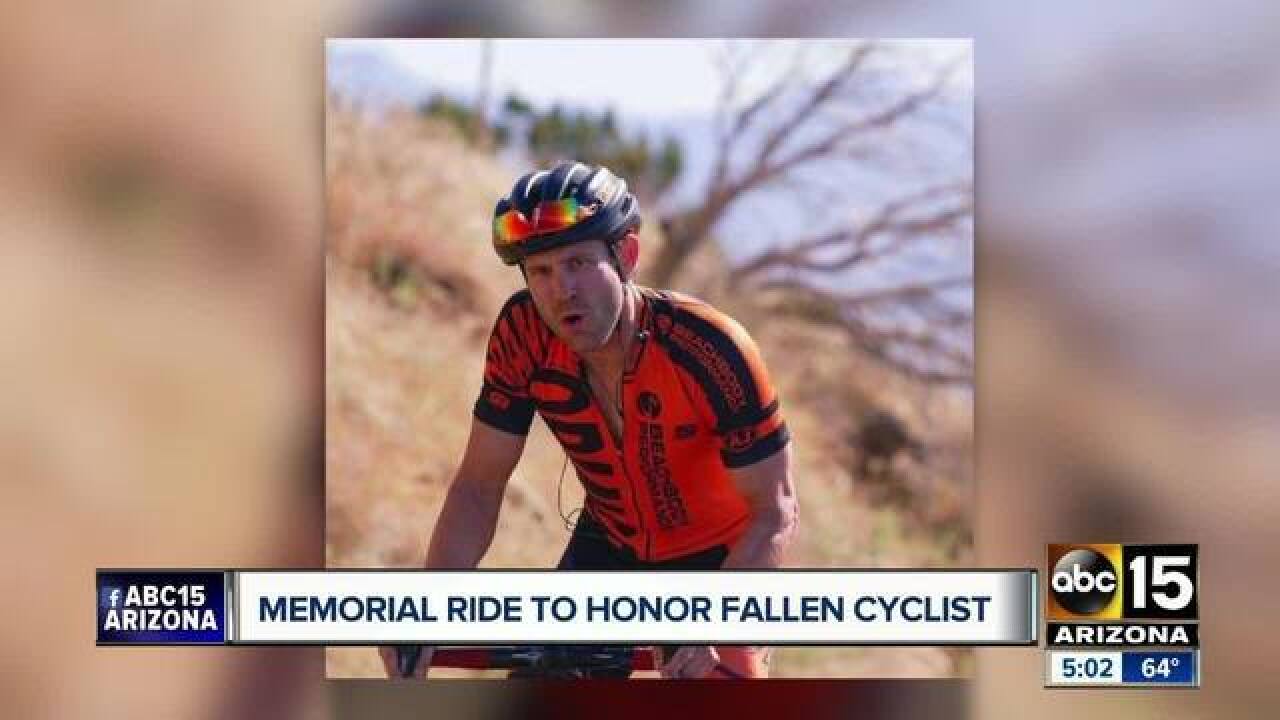 This weekend marks one year since a Valley man, out for a bike ride, was hit by a car and killed while making his way down South Mountain.

Rob Dollar was hit and killed on October 29 by an alleged drunk driver, who admitted to drinking and smoking pot before the crash.

Over the last 12 months, the family of Rob Dollar has been processing the loss while starting the Rob Dollar Foundation , something he was talking about doing before he was killed.

Their mission is to educate drivers to give cyclists a three-foot buffer.

"To bring awareness to the motorist, to give these people three feet," said John Dollar, Rob's father. "Three feet is not something we're asking for. It's the actual law."

The Dollar family says they've already met with Phoenix city leaders about adding signage in town, reminding drivers of the law. They plan to lobby other Valley cities as well.

This Sunday morning the foundation is hosting the Rob Dollar Ride at South Mountain. It is open to the public and family friendly.