President Trump rally in Phoenix: How to watch on ABC15
NewsPhoenix Metro News 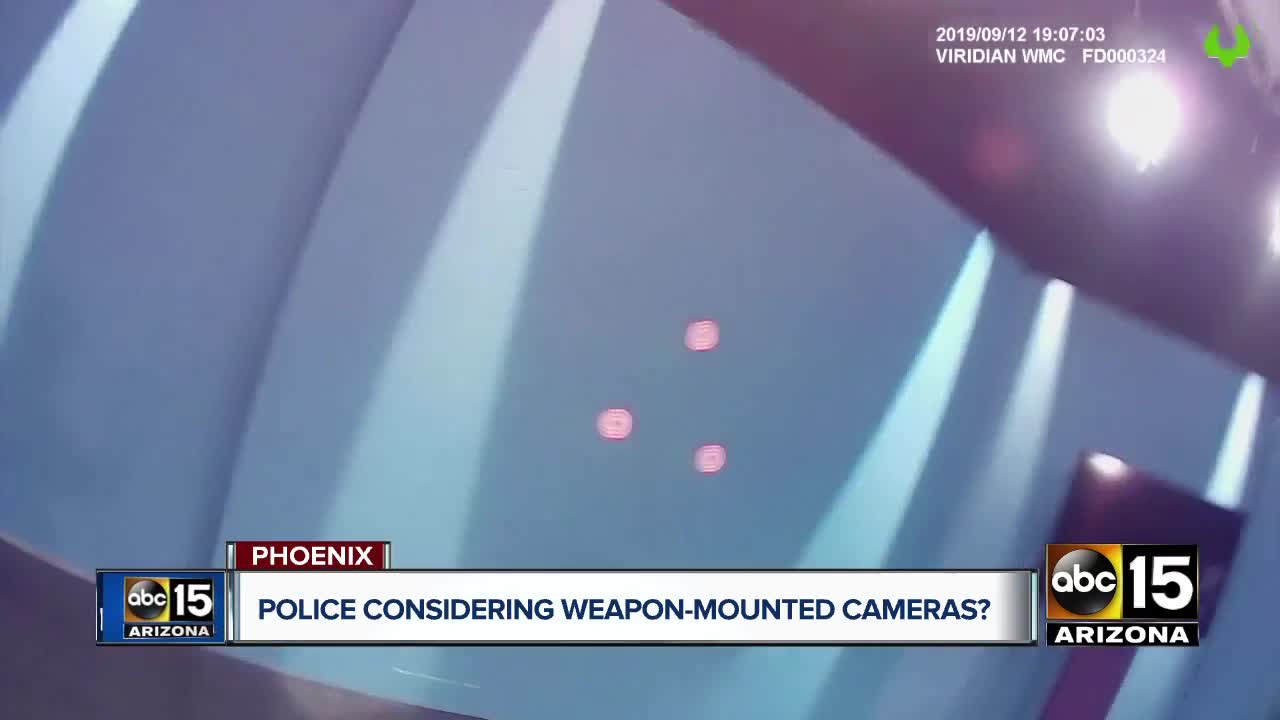 The Phoenix Police Department is considering weapon-mounted cameras in response to officer-involved shootings.

PHOENIX — Only a few dozen agencies in the U.S. have implemented the technology, but these cameras are smaller, cheaper and in most cases, more effective than body-worn cameras, according to Viridian Weapon Technologies.

“If an officer has to draw his weapon, he’s probably in a high-stress event," said Viridian CEO Brian Hedeen. "[They] might not have the time or presence of mind to turn on his body cam.”

This would leave some departments with little evidence of what really led to some officer-involved shootings.

Hedeen says weapon-mounted cameras offer a better perspective than most body-worn cameras, a clear image of a subject of threat versus a view of the officer's arms or weapons in focus.

“They are designed to capture the high severity events that happened within the community," added Hadeen.

The Phoenix Police Department just finished their official roll out of body-worn cameras for every precinct in August, after a record-breaking 44 officer-involved shootings occurred in 2018.

Hedeen met with leaders at the Phoenix Police Department Thursday afternoon, touting how easy it is for officers to use.

"When they draw their weapon it turns on automatically and will start recording," he said. “I've seen time and time again where there’s a shooting, and there is not valuable video evidence, or there is no evidence.”

When asked, Phoenix police wouldn't say whether or not they plan to purchase the cameras, priced at about $500 each.

"In an effort to remain progressive, the department is always open to researching new equipment, to determine if it meets the needs of our organization," said Sgt. Tommy Thompson.