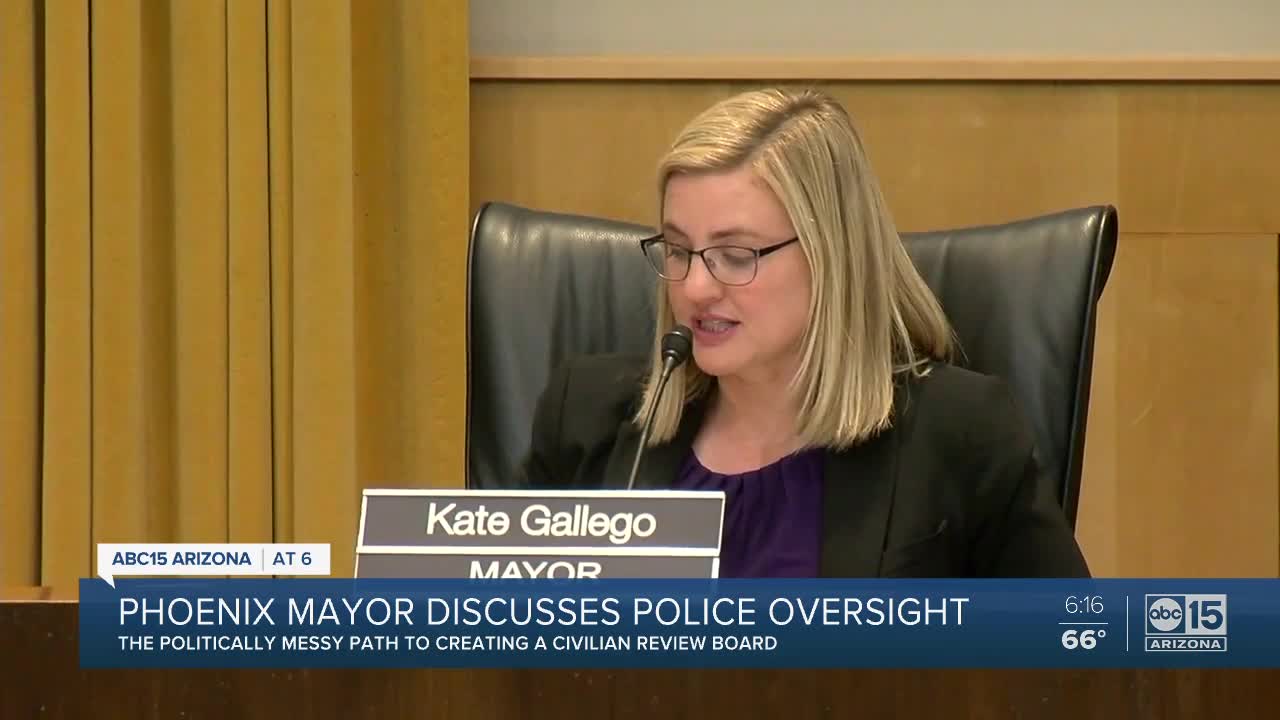 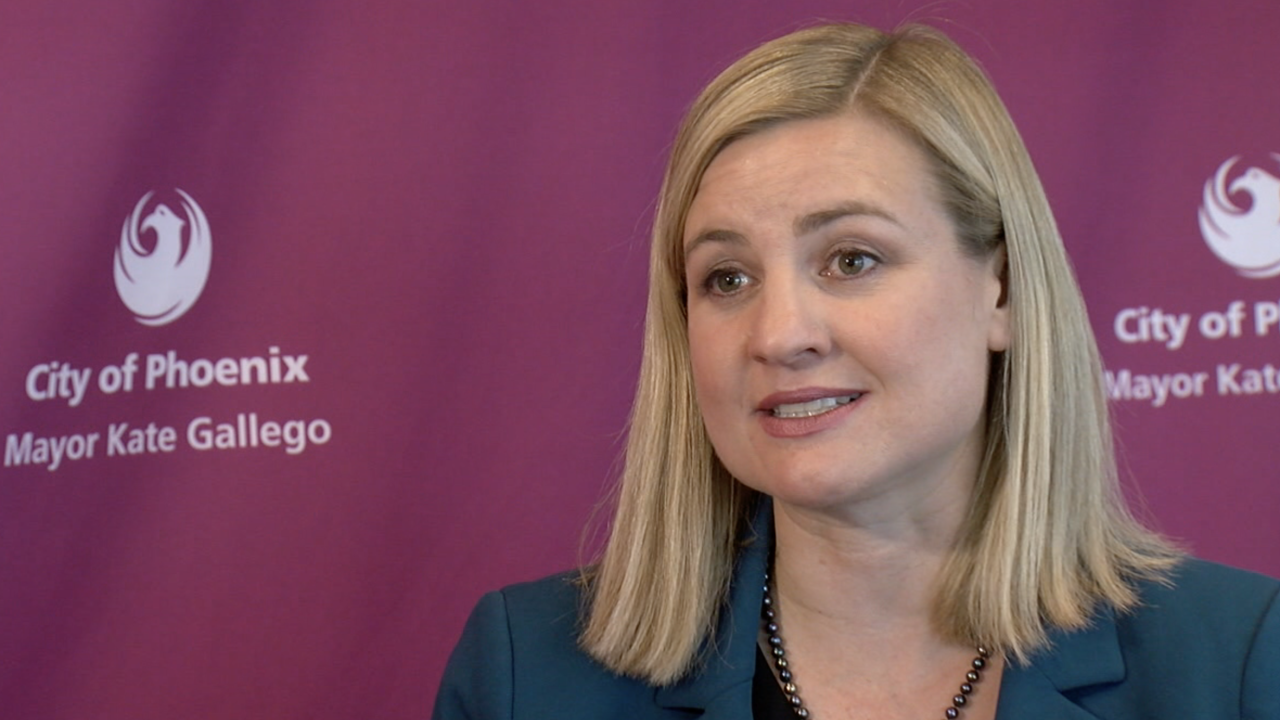 PHOENIX — Tuesday night, Phoenix Mayor Kate Gallego abandoned her own compromise proposal for police oversight in favor of Councilmember Carlos Garcia's. She became the deciding vote, in the 5-4 decision, which ushered in a new level of police accountability.

"I think we could have adopted a policy that would have helped us better unite the city, but it was important that we move forward," Gallego said in a Wednesday afternoon interview with ABC15.

The Office of Accountability and Transparency, Garcia’s idea, was supported by a large, vocal community coalition. More than 80 people gave public comments. Some community leaders who spoke in favor of OAT spent decades demanding an independent civilian board to investigate police misconduct.

Gallego downplayed the fact her proposal fell flat, as critics said that it did not go far enough to ferret out wrongdoing or abuses in the police department

“I wanted to see civilian oversight in the City of Phoenix,” Gallego said. “It is part of an overall package to modernize our police department that I’ve been working on this year.” Other major reforms include better mental health training and widespread use of police body cameras.

The city was in crisis mode after a record number of police shootings in 2018 and high profile allegations of police excessive force and racist remarks.

"We are extremely disappointed the Phoenix City Council chose to ignore the concerns of local law enforcement and establish new oversight entities that will continue the divisive narrative against our men and women in uniform," said Michael "Britt" London, President of the PLEA Board of Trustees.

Mayor Gallego said she reached out to union leaders Wednesday. “They are important stakeholders in this, and we want to balance and understand their needs,” Gallego said.

Police Chief Jeri Williams indicated she's on board, and she issued a statement saying, “I am committed to devoting the resources of our department to work collaboratively with this new office."

In the months to come, Phoenix City Council will vote on a budget for the office, write operating rules, locate office space, and start hiring.