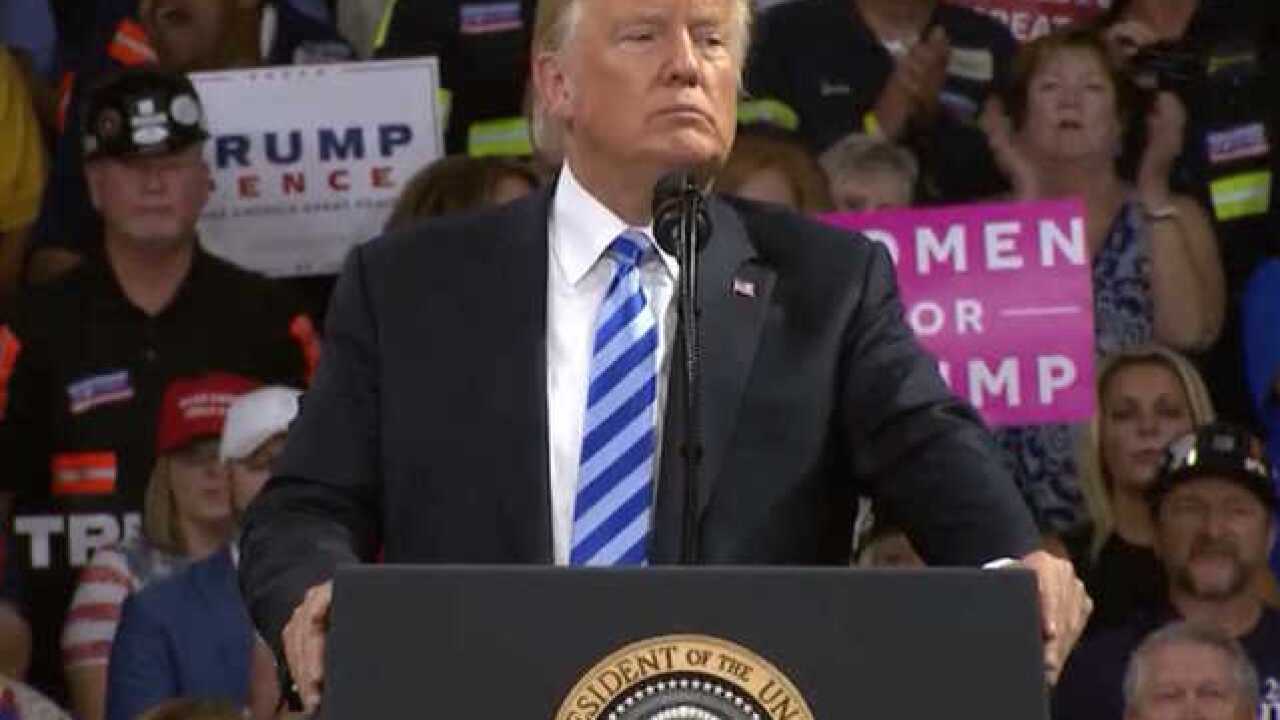 Copyright 2018 Scripps Media, Inc. All rights reserved. This material may not be published, broadcast, rewritten, or redistributed.
ABC News 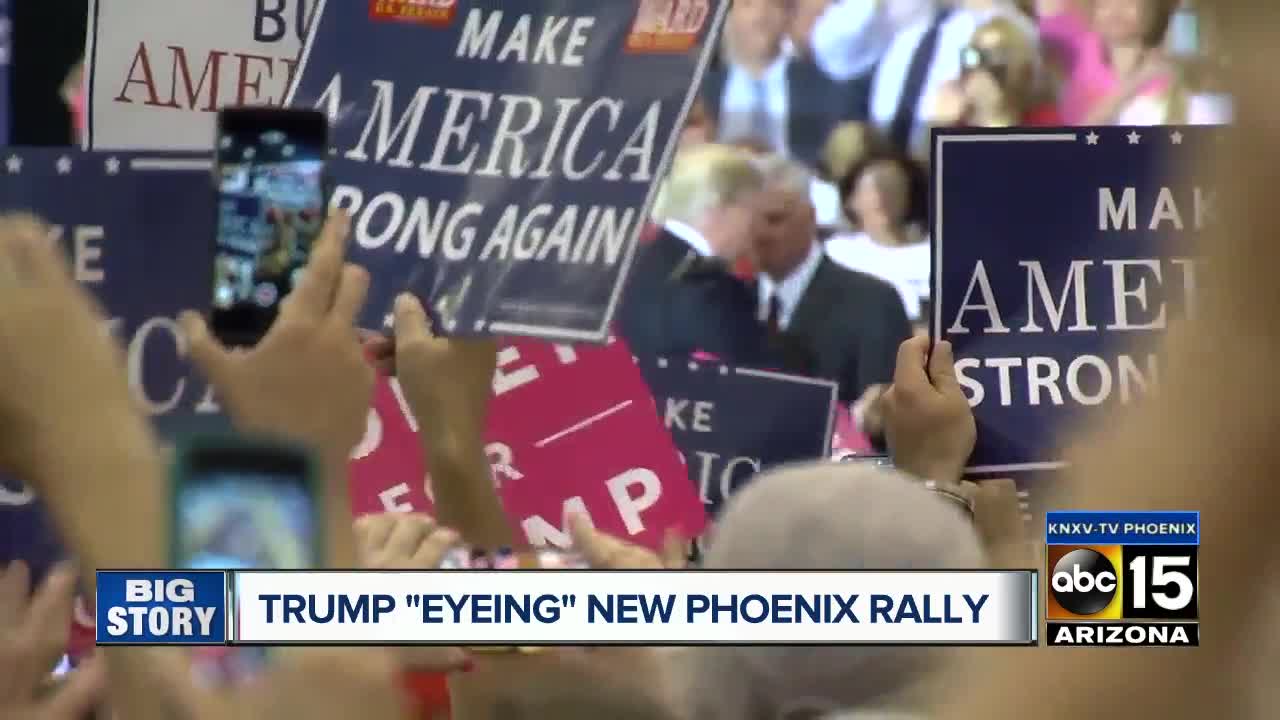 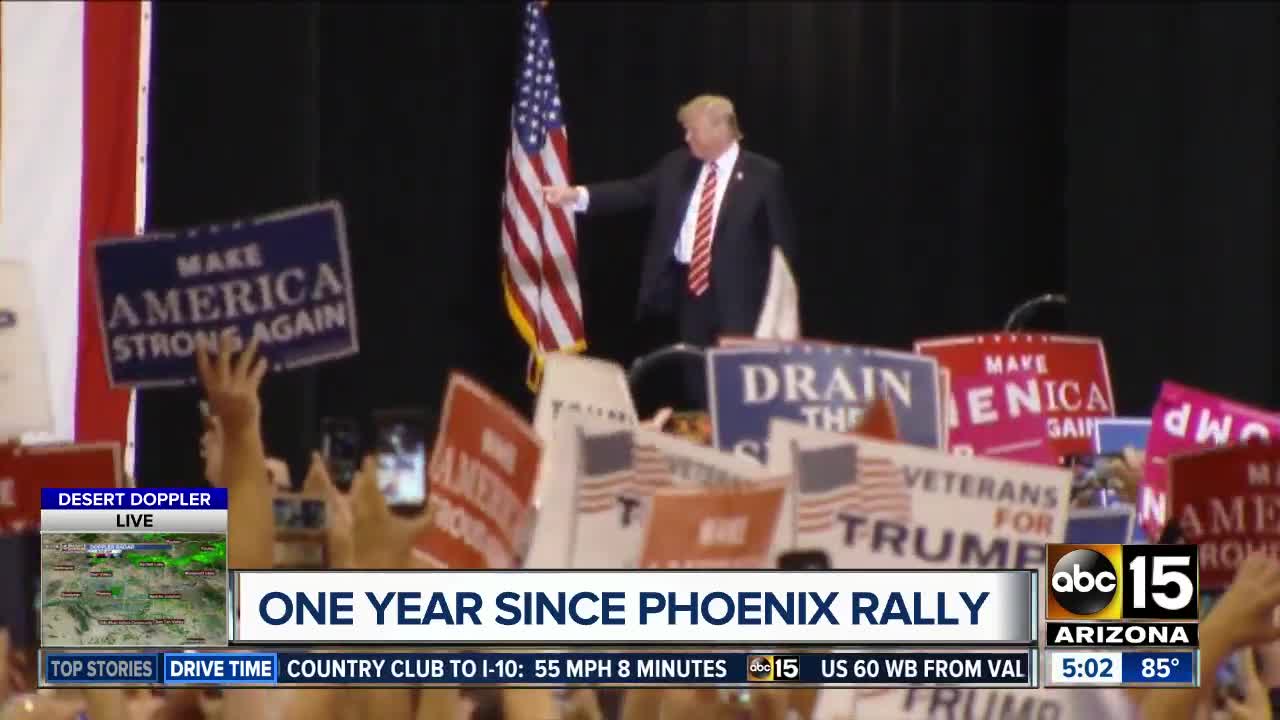 President Donald Trump is exploring the possibility of returning to Arizona in the next few weeks.

According to two sources familiar with the Trump Administration's plans, the president is looking to hold a rally in Phoenix after the state's August 28 primary.

Possible dates under consideration are September 5th and 6th.

Trump, who has not endorsed a candidate in Arizona's contentious GOP primary between Rep. Martha McSally, Dr. Kelli Ward, and former Maricopa County Sheriff Joe Arpaio, was last in the state almost exactly one year ago.

That rally, held August 22, 2017, at the Phoenix Convention Center downtown, saw clashes between protesters and police after it ended.

RELATED: Witness videos show what it was like inside Phoenix protest

A spokesperson for the Arizona State Fair, which manages Veterans Memorial Coliseum, confirmed a representative working on behalf of President Trump had asked about dates in early September but said there was no further information they could provide.