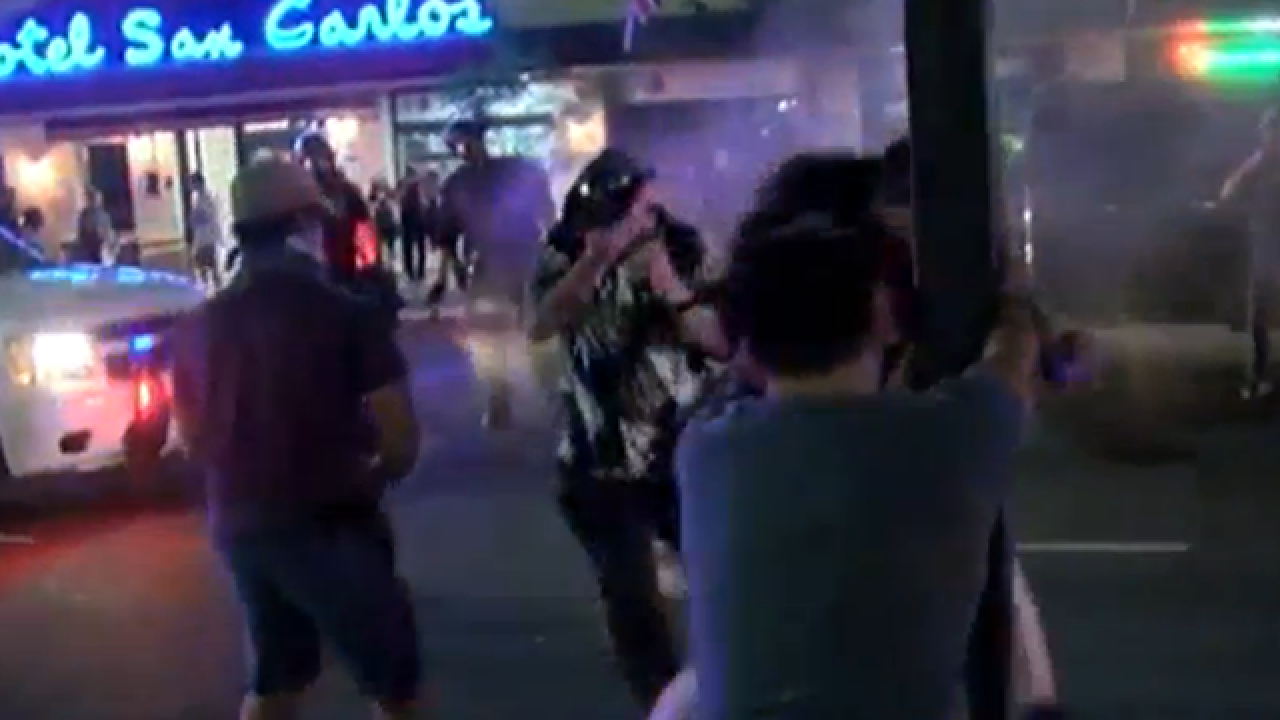 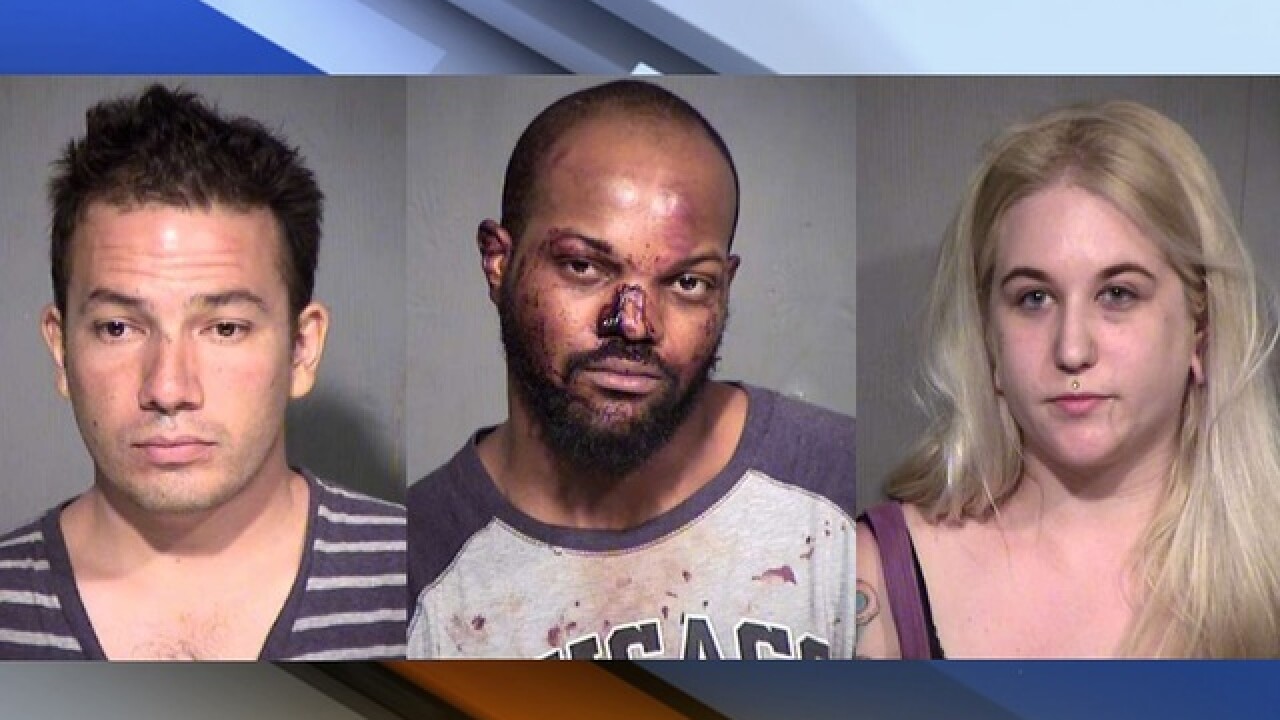 She said Phoenix officers responded with pepper balls and pepper spray to disperse the people and to protect themselves.

Phoenix police said after the speech people outside the convention center began to throw projectiles at officers.

Police say someone in the crowd began to topple pedestrian fencing that had been placed to block the roadway to create a safety zone surrounding the convention center.

Warnings were given by police to disperse as fights were occurring within the crowd.

Officers responded with additional tactics including tear gas and flash bangs which are used to create sound and light but not harmful effects.

Police say no rubber bullets were used by officers.

RELATED: Trump protests in Phoenix: Experience the conflict between attendees and protesters

Pamela Ann Robertson, 25, was booked into jail on a count of aggravated assault on police.

Officers also took 34-year-old Derrick Gilbert Pacheco into custody and booked him into jail on a count of disorderly conduct.

Police say a juvenile was arrested for criminal damage and an additional adult man was arrested in the area on an unrelated misdemeanor warrant.

President Donald Trump spoke for about 90 minutes inside the Phoenix Convention Center to a crowd of 15,000 people, according to his office.

Before his speech, hundreds of people gathered in downtown Phoenix to support the President's visit, while others protested. Some voiced their opinion against hate and the events that occurred in Charlottesville, Virginia, while others sought to spread messages of love.

Prior to the speech, there were no arrests or significant issues aside from disagreements between people.

Phoenix Fire said 56 people were treated for heat-related medical issues. At least one person was taken to the hospital for evaluation. The forecasted high for Phoenix on Tuesday was 108.

No significant injuries or property damage was reported, according to police.