Phoenix fire truck drove up to 29 mph above the speed limit at time of deadly crash, report says 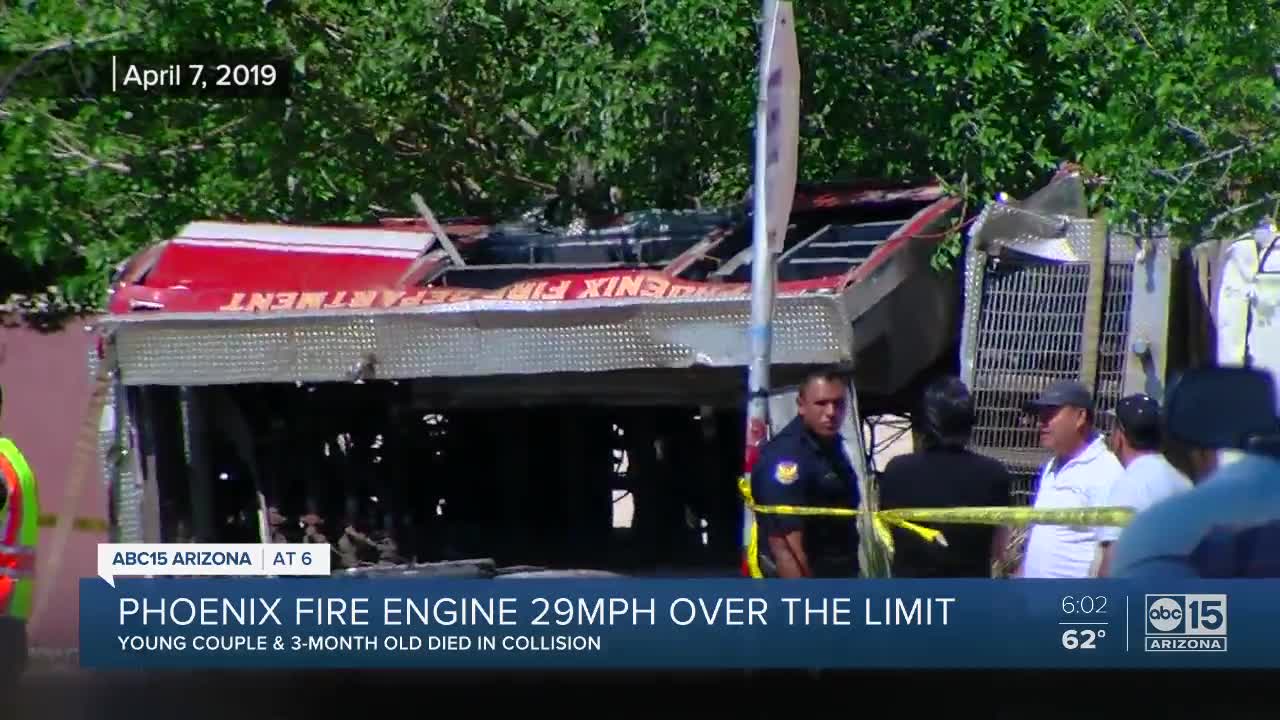 A Phoenix fire engine was traveling up to 29 mph over the speed limit at the time of a deadly crash in April 2019, according to the police investigative report released Wednesday. 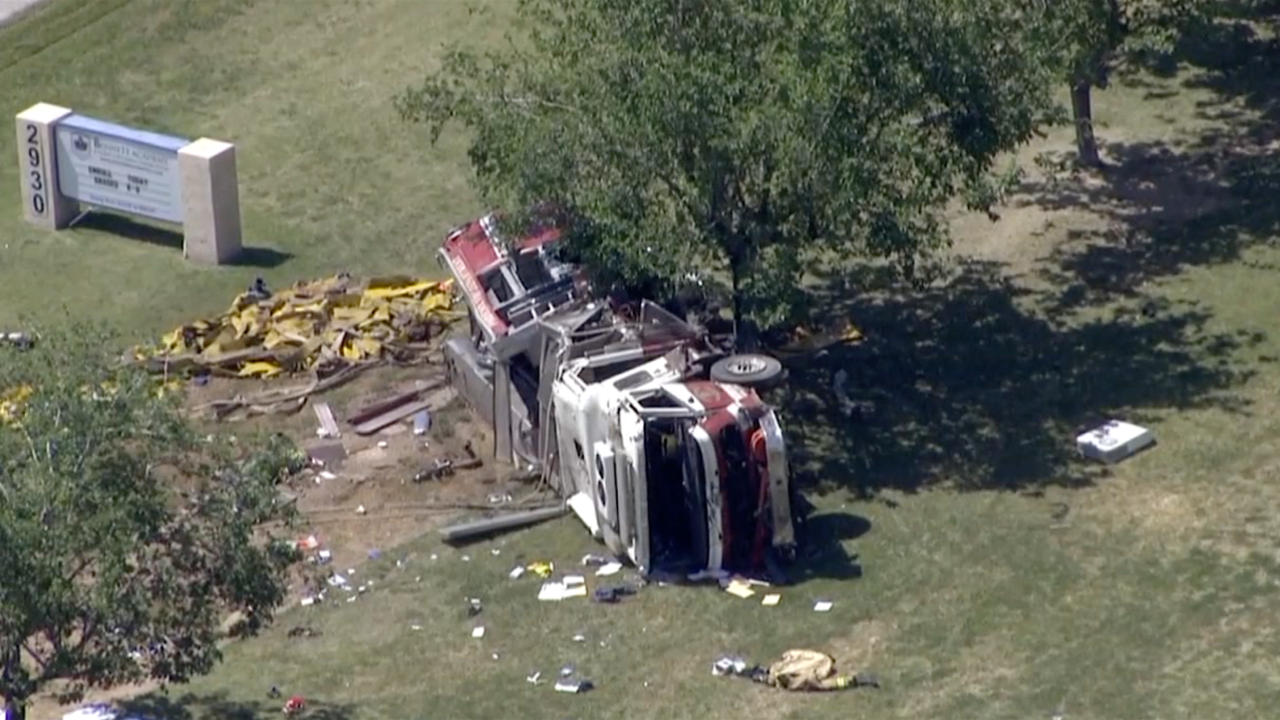 PHOENIX — A Phoenix fire engine was traveling approximately 29 mph over the speed limit at the time of a deadly crash in April 2019, according to the police investigation released Wednesday.

The report, released more than nine months after the crash, also said the other vehicle's driver, Kenneth "Chase" Collins, 20, did not possess a valid driver's license and had marijuana in his system. Collins turned left in front of the engine, which was operating with lights and siren activated, according to the report. Police investigators did not specify which driver was at fault for the crash, and they did not recommend criminal charges.

Phoenix Fire Engine 18 was on an emergency call on April 7 when it crashed into Collins' pickup truck on Bethany Home Road at 29th Avenue. The engine rolled over into a schoolyard, and the pickup was crushed. Collins, his girlfriend, Dariana Serrano, 19, and their infant son, Kenneth, all died in the pickup. All three firefighters on the engine were injured.

On July 3, relatives of the deceased family filed a notice of claim against the city, alleging the Phoenix Fire Department was negligent. The $25-million legal claim, filed by a lawyer representing Serrano's mother, said, "This is a tragedy that could have and should have been avoided."

Initially, Phoenix police said the fire truck was heading to a fire call at a Walmart with lights and sirens on when the pickup truck turned left in front of the firefighters. According to the family's claim, "Standard Operating Procedures dictate that the truck did not automatically have the right-of-way."

The claim states that negligence by the firefighters operating the truck and their supervisors led to the three deaths.

ABC15 learned in June that the Phoenix fire chief's nephew, Paul R. Kalkbrenner, was the driver of the fire engine involved in the crash. According to public records obtained by ABC15, Kalkbrenner was hired by the Phoenix Fire Department in 2011. He indicated that his aunt is Phoenix Fire Chief Kara Kalkbrenner, and he has other relatives who also work for the department.

A police investigator interviewed Kalkbrenner saying the fire engineer believed the pickup was "traveling at a high rate of speed, almost as though the driver was intentionally trying to hit the fire engine." Accident reconstructionists estimated the pickup was going 10 mph. According to the police report, Kalkbrenner was given a portable breath test at the hospital five hours after the crash, but no field sobriety test was given. There is no mention of any drug toxicology tests.

According to a City of Phoenix spokesperson, Kalkbrenner and Acting Captain Robert Golden are still working in support staff functions in a non-operations role pending the internal investigation from the Phoenix Fire Department. Firefighter Geoffrey Pakis is on full duty and working back in the Operations Division.

ABC15 reached out to the Serrano and Collins family for comment, but have not received a reply.

The United Phoenix Firefighters posted the following statement about the crash on Facebook.