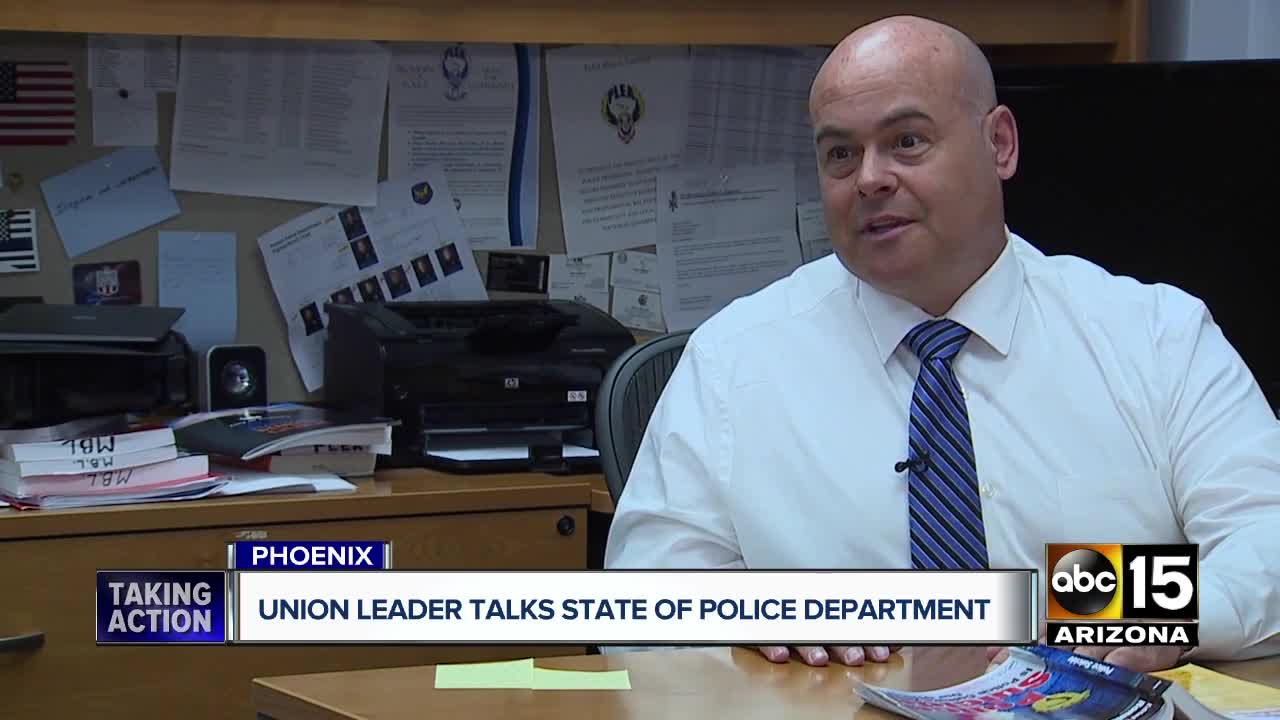 Who is making the decisions at the Phoenix Police Department? Chief Williams says the tough calls are hers, but PLEA President Britt London believes she is under pressure. 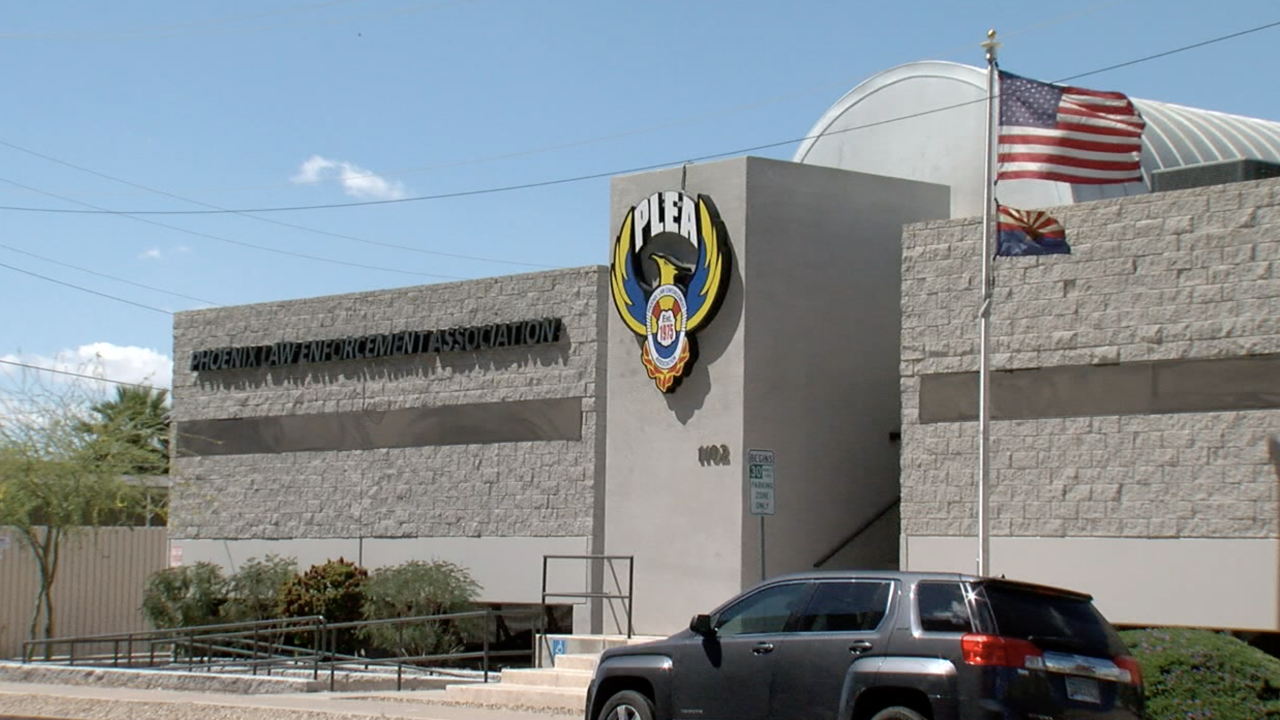 PHOENIX — Who is making the decisions at the Phoenix Police Department?

Chief Williams says the tough calls are hers, but PLEA President Britt London believes she is under pressure.

The union leader also utilizes his power to try and influence decisions.

“I like to think about 90 to 95 percent of the community in Phoenix is behind the Phoenix Police Department,” said Britt London, President of the Phoenix Law Enforcement Association, which represents 92 percent of Phoenix police officers on the street, more than 2,000 men and women.

“I know the trust was eroded and the brand known as the Phoenix Police Department was tarnished as a result of this incident,” said Chief Williams at a press conference, referring to the incident where officers were recorded by witnesses pointing weapons at a mother and her two daughters and kicking a handcuffed man's legs.

The Chief had to face the outraged community, which vented and booed at a community meeting attended by thousands of people of color.

Upon firing multiple officers from the video, PLEA says there was some proverbial booing internally.

"There's some anger, some surprise. Morale has never been as low as it is now," said London.

London, who was not in favor of a no-confidence vote, does not believe his union's frustration falls entirely on the chief.

"You're an employee, you're getting told what to do," he said, referring to Chief Williams.

"Does Mayor Gallego have the police department's back?" asked ABC15's Zach Crenshaw.

"I don't think so," said London. "I don't know if she's doing the bidding of someone, or a group of people, but some of the things that are going on kind of beg the question, is she?"

Some would say Mayor Gallego is doing the bidding of the people that elected her.

Thousands, predominantly from communities of color, have been calling for widespread reform.

Something London is quick to write off.

"I haven't seen anyone but the usual suspects, Puente, Poder, Brown Berets, saying the same thing they've been saying since I came on," said London.

"Do you think that the Police Department needs to do more to improve police and minority community relations?" asked ABC15.

"I guess you can always say that you could improve things," said London. "A lot of this is political...I think if we do a better job of being truthful and explaining why we do things, that would go along way... We still know we have a lot of support on the west side and the south side."

After a record number of officer-involved shootings in 2018, it has been another tumultuous year for the department, which was thrust into the national spotlight for the use of force with the Ames and more than 200 insensitive social media posts by dozens of officers.

"Does the Phoenix Police Department have a racism problem, whether on social media or the streets?" ABC15's Zach Crenshaw asked.

"Absolutely not. Absolutely not," replied London. "No one ever complained about it until the Plain View Project."

The Plain View Project looked at thousands of Facebook posts, some dating back a decade, from officers in Phoenix and several other cities.

The chief disciplined a number of officers and even fired Detective Dave Swick for his 23 posts, some of which were anti-Muslim and promoted violence.

"That should've been a written reprimand," said London.

"What if a Muslim person says if he posts that on Facebook will that impact the way he interacts with me and a traffic stop. Do you think that’s a fair criticism?" asked ABC15.

"I do think it’s fair to think about it. But then can we also think, well he is a Christian, and he doesn’t like Christians heads getting cut off by Muslims, just because he’s a Christian. I don’t know, does it go both ways?" said London.

London thinks Detective Swick and Officer Meyer will get their jobs back.

One officer, he is unsure of wearing the badge again is his 'friend' and former fellow PLEA board member, Tim Baiardi. ABC15 was the first to report that Baiardi was fired after he was caught on camera slapping a handcuffed man during his off-duty security job.

"Tim is my friend; I am hoping he is successful. But I don’t know if he’s going to come back from this," said London.

"No, we don't act like that. And certainly, a PLEA board member does not do that stuff, because that had a big impact on the Phoenix Law-Enforcement Association. It was something that happened. I know he wishes that it didn’t happen, and he is suffering the consequences, and I’m not going to argue them."