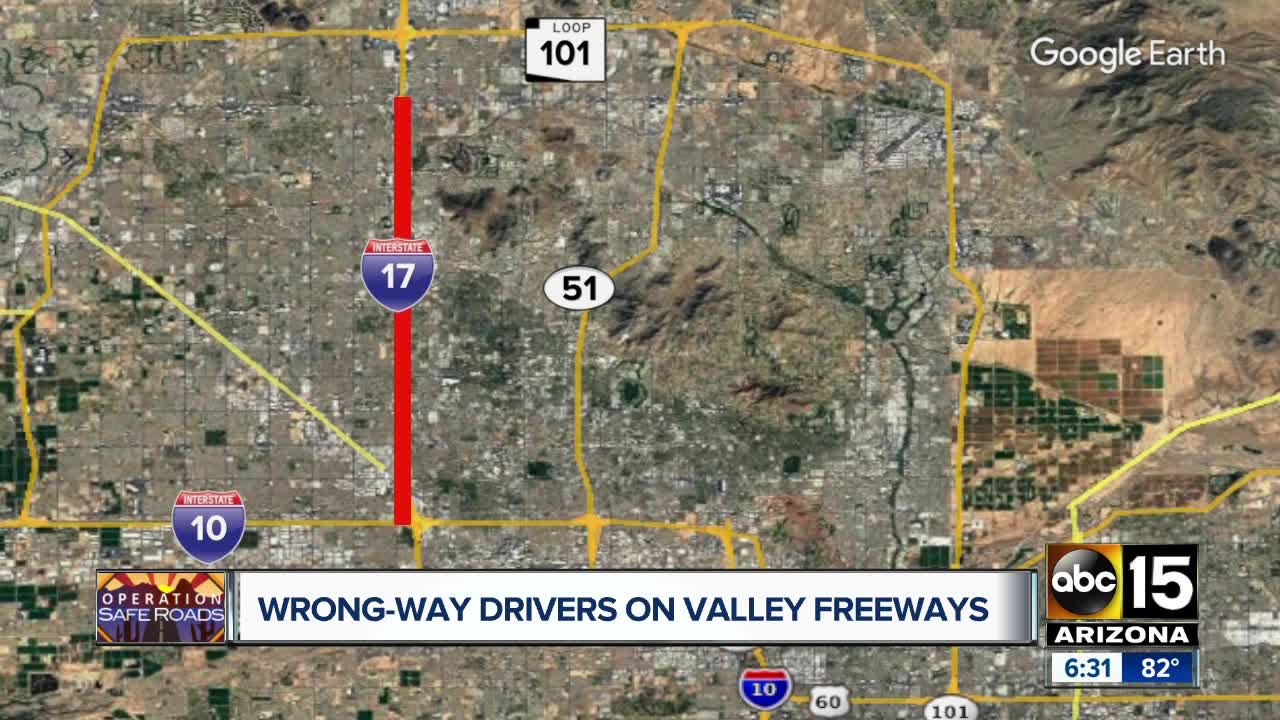 Department of Public Safety says majority of drivers are impaired. PHOENIX — Two officers and a wrong-way driver were all sent to the hospital early Monday morning after a crash along the SR-51.

According to the Department of Public Safety, impairment could be factor.

DPS has said time and time again in interviews with ABC15, that a majority of wrong-way drivers are impaired. This case could be another example.

So, Operation Safe Roads decided to get specific. Just how often are the drivers that end up going the wrong-way on Valley freeways are truly under the influence?

ABC15 looked through numbers from 2016 until August of 2019. Since then, DPS has made contact with 330 drivers going the wrong-way, either catching them before a crash happens, or unfortunately - after.

There were 93 crashes involving a wrong-way driver in that time frame. Many of those instances occurred on the I-17 with a dozen of crashes there.

The I-17 is also where the Arizona Department of Transportation has been testing their wrong-way detection pilot program with thermal cameras.

Overall, 63% of drivers who were contacted by a DPS trooper for going the wrong-way were impaired.

That leaves 37% who were not impaired. The other reasons included elderly, unfamiliar with the area, inattention, and fatigue.