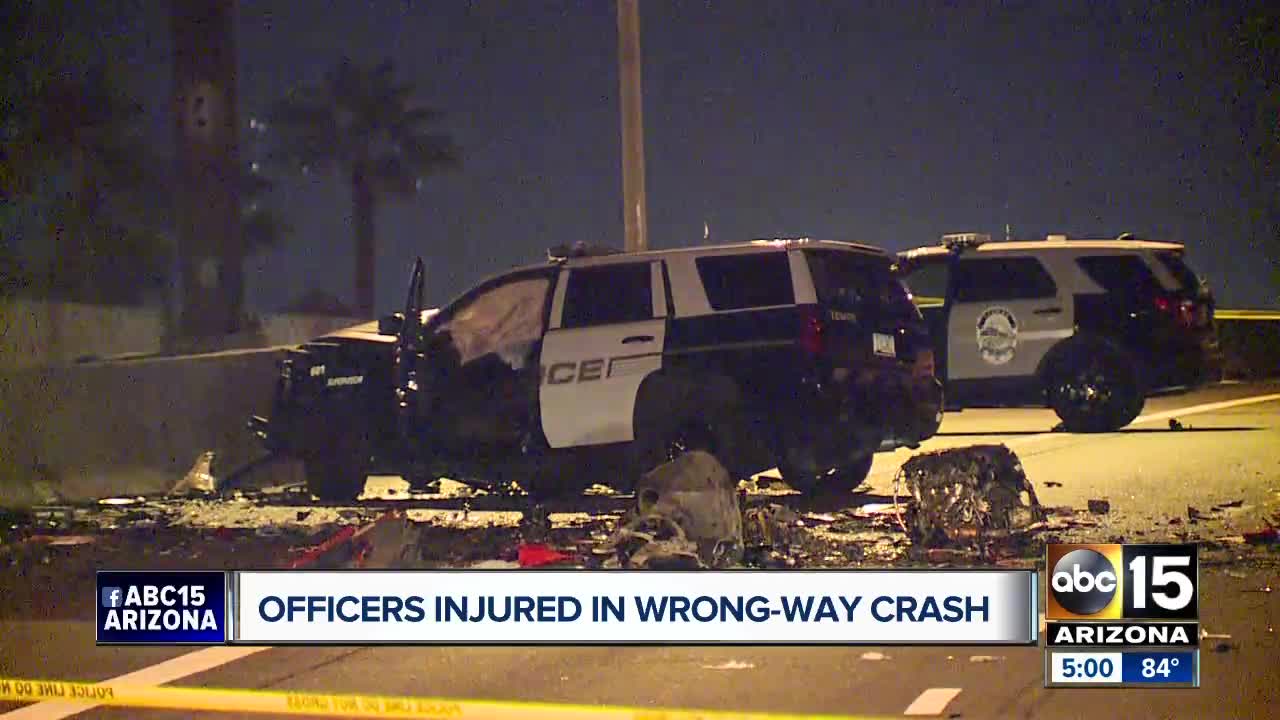 Police say a sergeant and an officer suffered minor and non-life-threatening injuries in the collision on State Route 51 that occurred about 1:45 a.m. Monday. 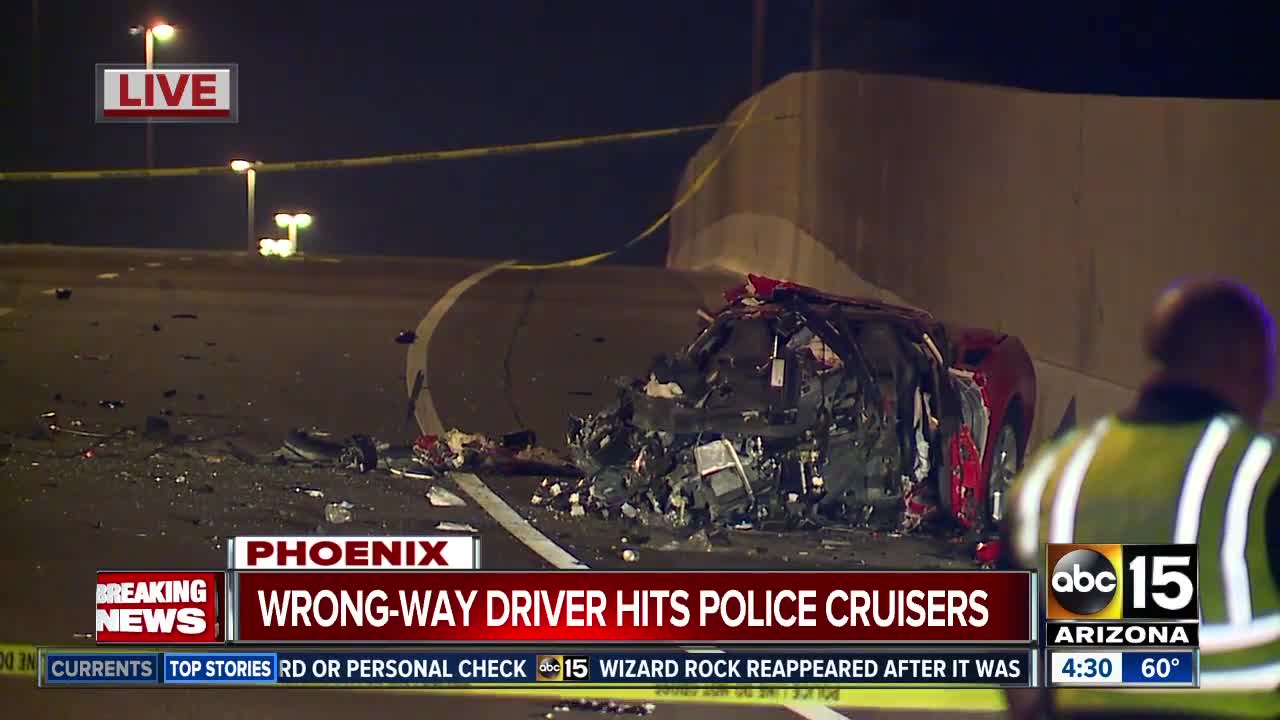 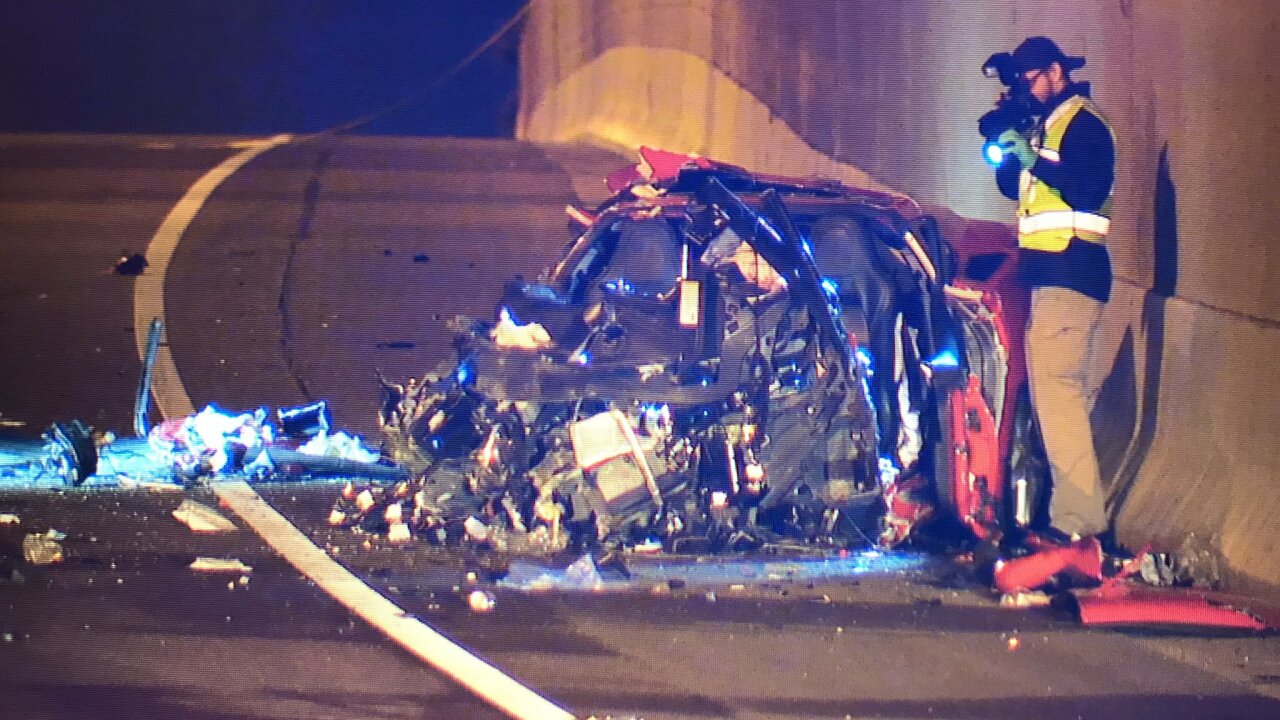 PHOENIX — A wrong-way driver is in serious condition and two officers are hospitalized after a crash along the SR-51 early Monday morning.

The crash occurred on SR-51 near Indian School Road around 2 a.m. Monday.

According to Tempe Police Department, an on-duty Tempe Sergeant and on-duty officer were driving in separate marked vehicles for a missing person investigation. When they were on northbound SR-51, the Sergeant’s vehicle was struck by a wrong-way driver in a Corvette. The second patrol vehicle was also involved in the crash.

The force of the collision caused the Corvette's engine to fly out of the heavily damaged car, landing on the roadway.

Tempe police say both of their officers were taken to the hospital with non-life-threatening injuries.

The 27-year-old driver of the wrong-way vehicle was hospitalized with serious injuries. His identity hasn't been released.

Police say the officers were not pursuing anyone at the time of the crash, were not driving in any emergency manner, and did not have any lights or sirens activated.

DPS is investigating the crash and say impairment is believed to be a factor.

Both directions of traffic were affected by the crash, reopening fully around 6:30 a.m.