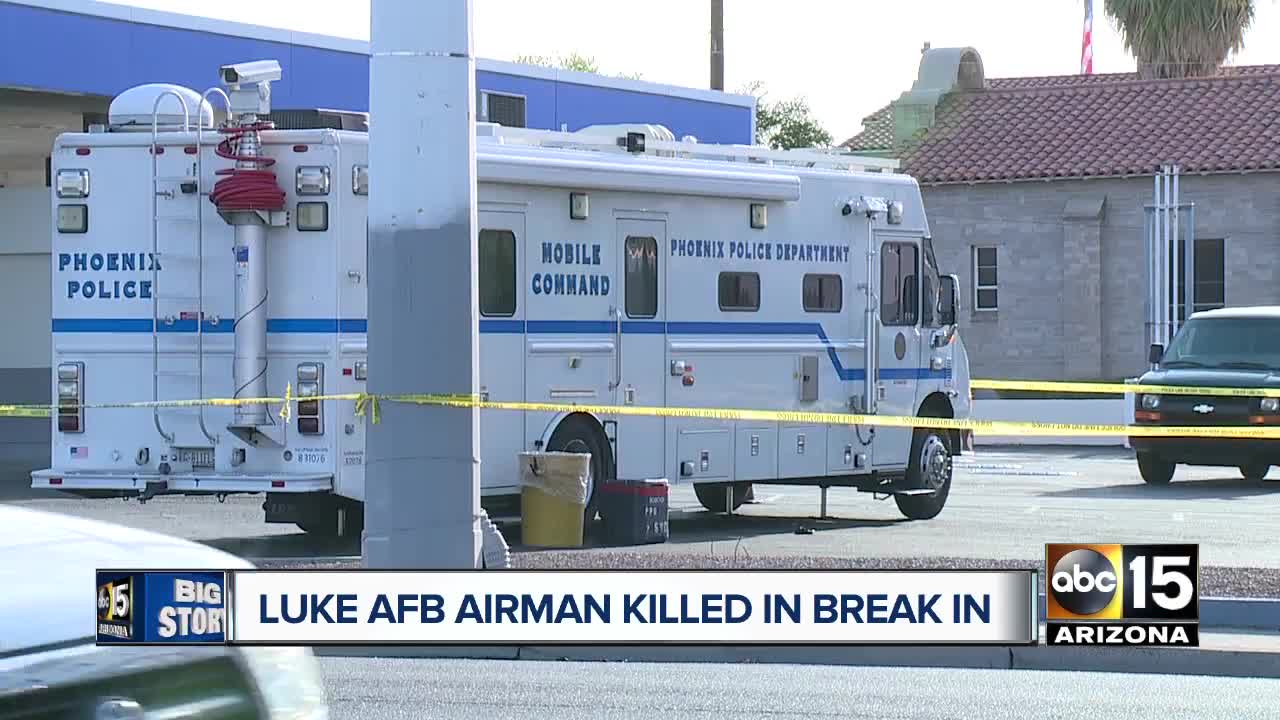 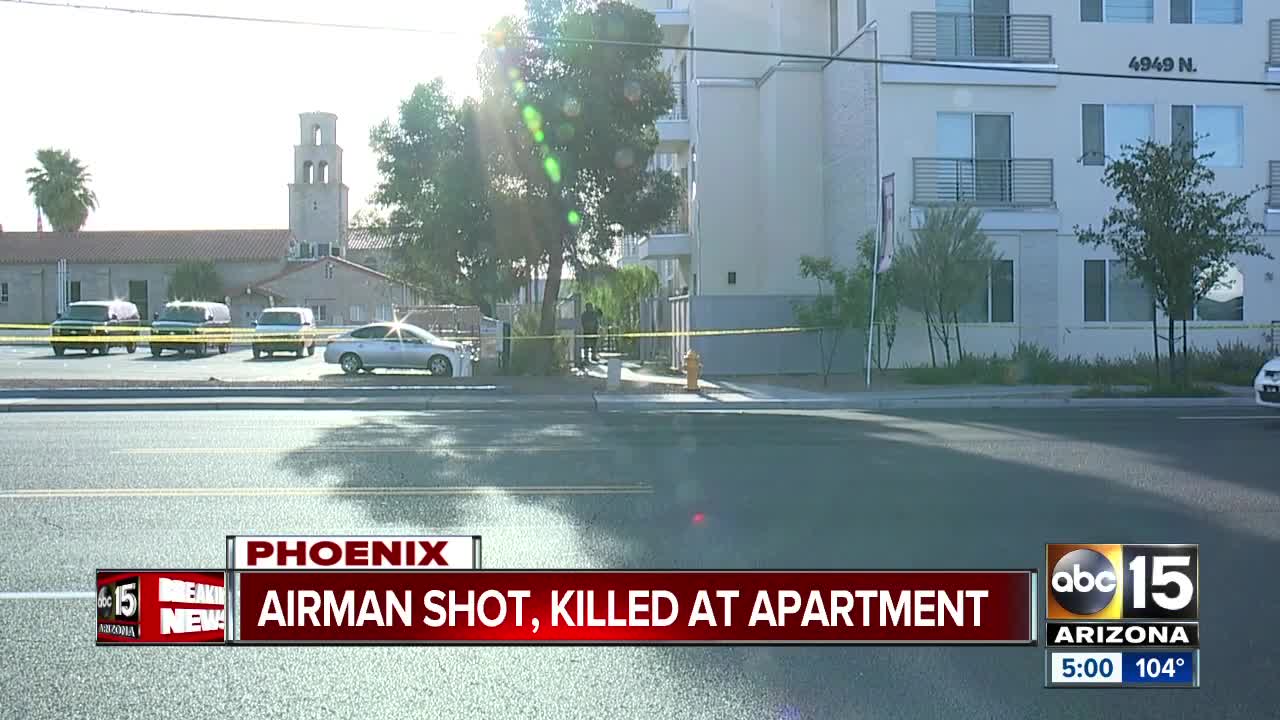 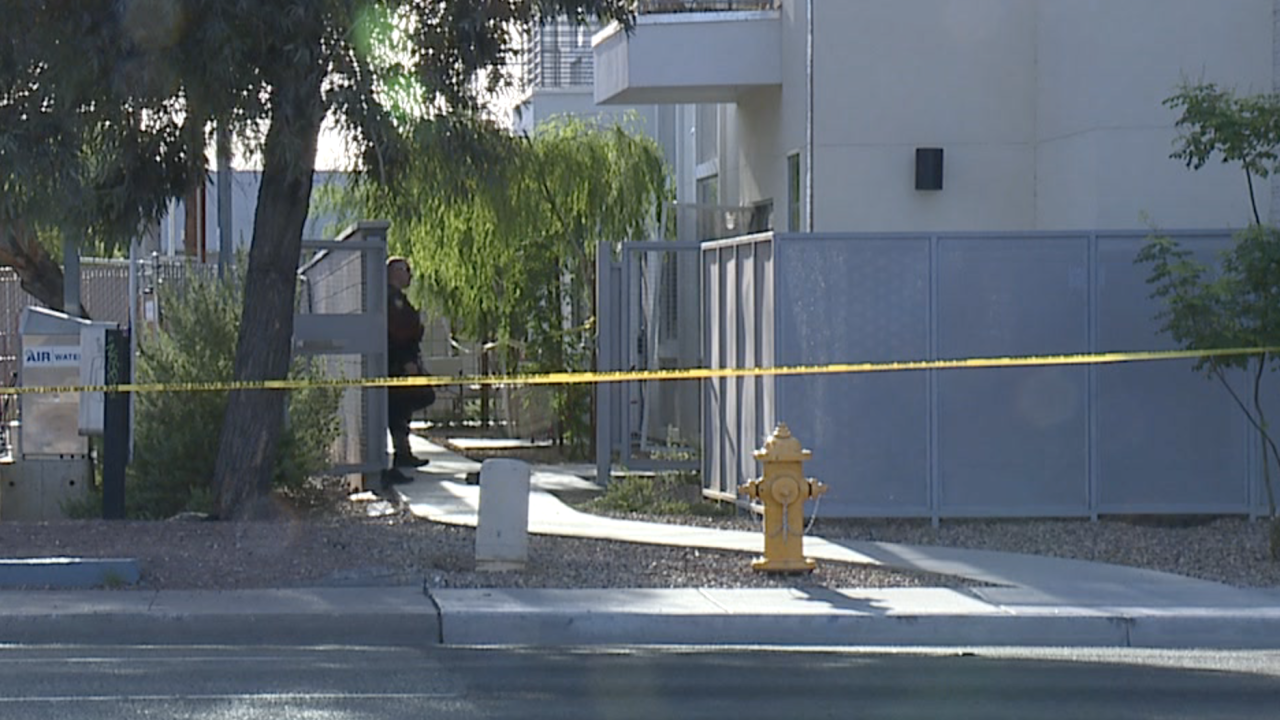 PHOENIX — Phoenix police say an airman from Luke Air Force Base has died after being shot while allegedly burglarizing a Phoenix home Sunday morning.

Authorities say officers responded to 7th Street and Camelback Road around 2:40 a.m. for a reported burglary.

Police say the 27-year-old resident was sleeping when he heard someone breaking the rear arcadia glass door screen.

The resident grabbed his gun and went to the back door where he saw the 21-year-old airman trying to kick the door down. Officers say the resident opened fire, striking the airman.

The airman was transported to a hospital where he was pronounced dead.

Authorities say the resident is cooperating with investigators and there are currently no criminal charges in the case.

An official statement was sent to media regarding the incident:

"An Airman assigned to the 56th Fighter Wing was shot and killed while entering an apartment in Phoenix, Arizona on August 18, 2019. The City of Phoenix Police Department and the Air Force Office of Special Investigations are investigating the circumstances of the shooting.

The individual is identified as Senior Airman Cody J. Fryhover. SrA Fryhover was assigned to the 56th Equipment Maintenance Squadron at Luke Air Force Base in June 2017.

"Losing a member of the Air Force family is always difficult to come to terms with, no matter the situation, and I send my sincere condolences to Cody's family and friends following this tragic situation," said Brig. Gen. Todd Canterbury, 56th Fighter Wing Commander. The investigation into the circumstances that resulted in SrA Fryhover's death is ongoing."