PD: Suspect shot after attempting to burglarize apartment near 7th St. and Camelback 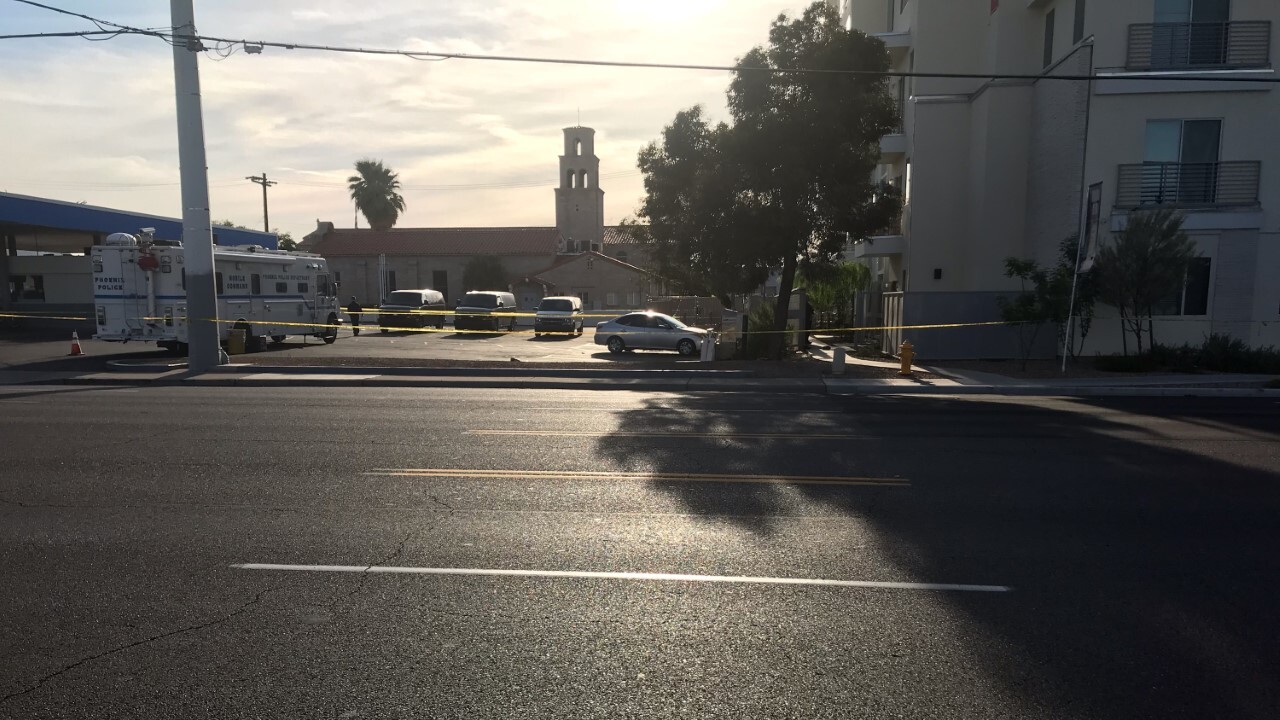 PHOENIX — A man who was shot after attempting to break into an apartment in central Phoenix on Saturday morning has died.

According to Phoenix police, the man, later identified as an airman stationed at Luke Air Force Base, was attempting to break into an apartment near 7th Street and Camelback Road when he was shot by the apartment resident.

Phoenix police say around 3 a.m. on Sunday, they responded to a call in the area for reports of a gunshot wound.

When police arrived, officers learned the 27-year-old tenant was sleeping when he heard someone breaking the rear arcadia glass door screen.

The tenant grabbed his gun and went to the back door where he saw the 21-year-old airman trying to kick the door down. Officers say the tenant opened fire, striking the airman.

The airman was transported to a hospital where he was pronounced dead.

Authorities say the tenant remained at the scene and is cooperating with investigators.

The airman's name is not being released at this time.

This is an ongoing investigation. Stay with ABC15 for updates.