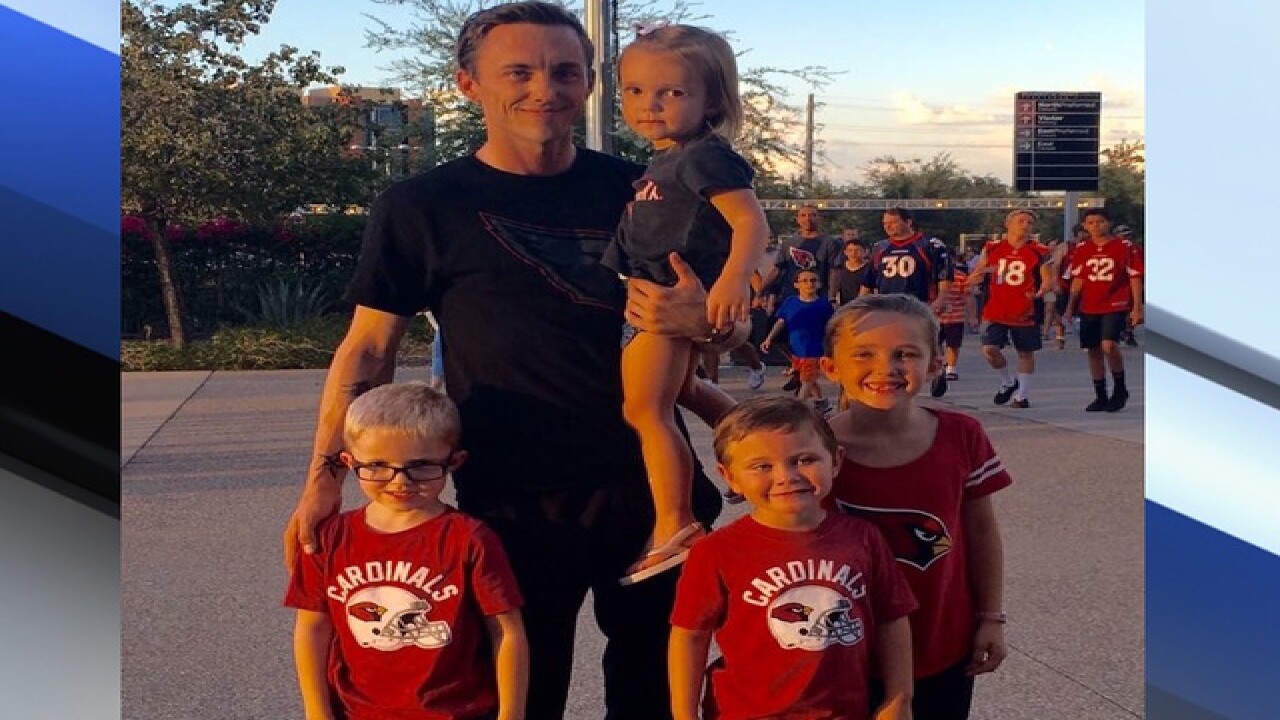 A Notice of Claim has been filed against the State of Arizona and the Town of Gilbert after a man was killed in a high-speed chase led by the DPS Deputy Director.

On January 24, 2017, Brad Moore led the Arizona Department of Public Safety on a chase that started in Gilbert and ended south of Camp Verde.

DPS Deputy Director Heston Silbert was off-duty and driving his personal vehicle in Gilbert when he saw Moore commit a crime.

Silbert led DPS and Gilbert officers in a pursuit that stretched 90 miles from Gilbert to south of Camp Verde.

RELATED: Lt. Col. Heston Silbert talks about his involvement in a recent chase while off-duty

According to Jason Lamm, the attorney for Moore's parents, Larry and Kimberley Moore, the Phoenix Police Department's helicopter told Silbert to terminate the pursuit, be he refused to do so.

Silbert continued to follow Moore's vehicle and authorized officers to ram the suspect's truck. The chase ended when Moore's truck went over a guardrail on Interstate 17, south of Camp Verde. The suspect's vehicle fell 400 feet into a canyon, killing Moore.

"Brad stole a car on Jan. 24 and it was wrong. But stealing that truck did not have to cost Brad his life," Lamm said.

Moore's parents are seeking $4 million from DPS and $300,000 from the Town of Gilbert as damages.

"It was like there was a pack of rabid coyotes going after wounded prey," Lamm said. "High speeds, long distances, for a non-violent crime."

His parents say Brad suffered from PTSD after seeing a fellow army buddy commit suicide — they believe that may have contributed to his decision to not stop that day.

"We did everything we could to get him help," Kimberley said. "He has been gone six months today and your life is never going to be the same."

ABC15 has reached out to DPS and the Town of Gilbert for a statement.

"The Arizona Department of Public Safety (AZDPS) is aware of the Notice of Claim filed against the State. Due to pending litigation, it would be inappropriate to comment, other than to say our top priority is always what's in the best interest of public safety. As previously stated, the actions of the employees involved in the event were reviewed and findings were made based on the policies of AZDPS. Those findings can be found here.