Ryan Whitaker's family said there was no reason for him to die. 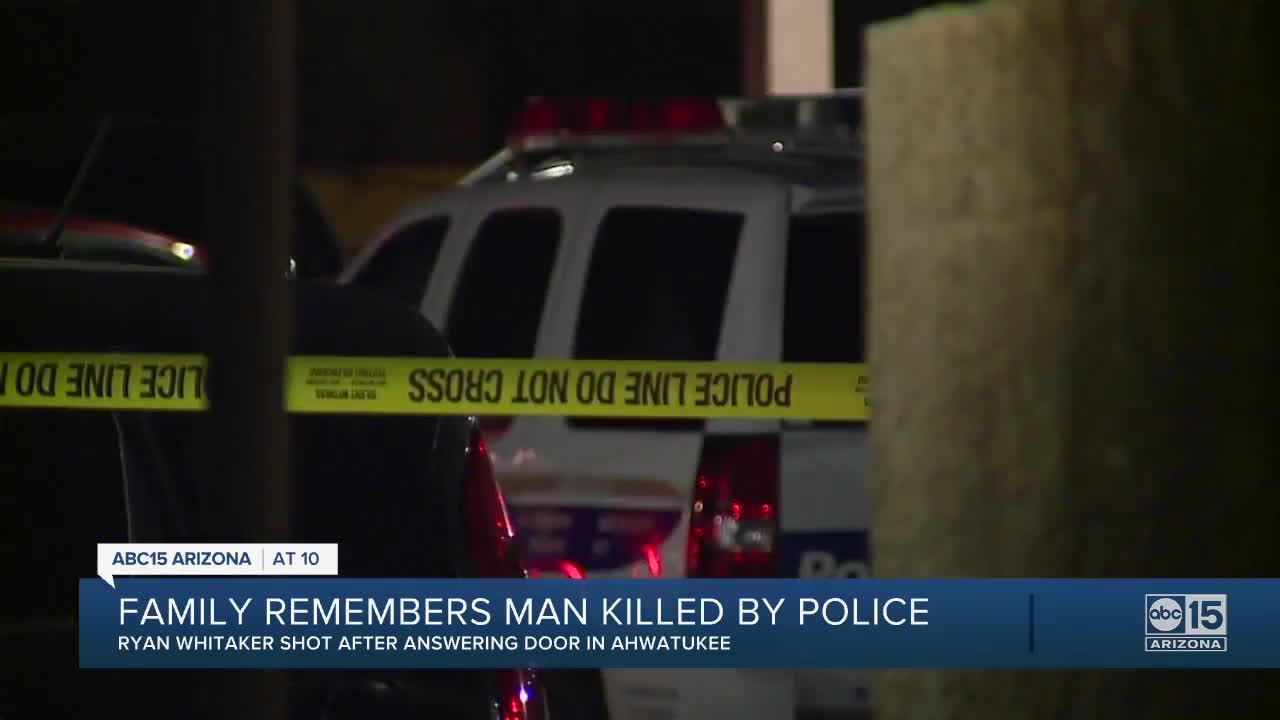 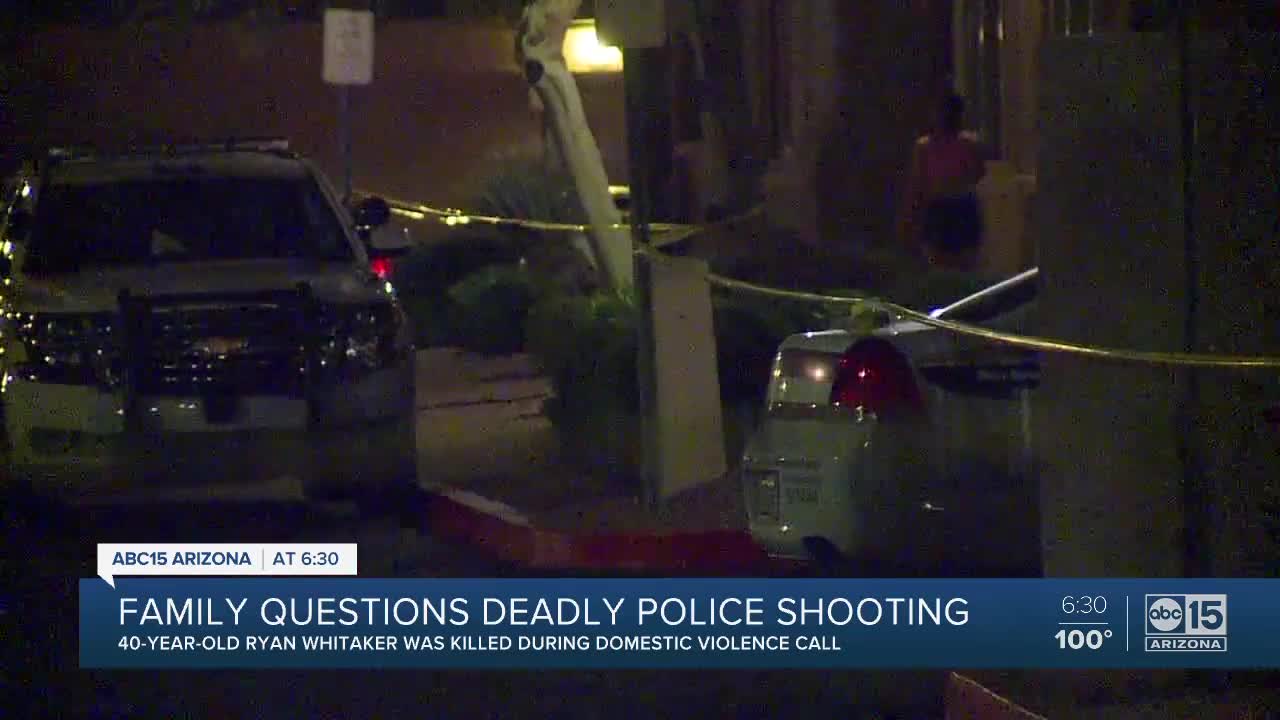 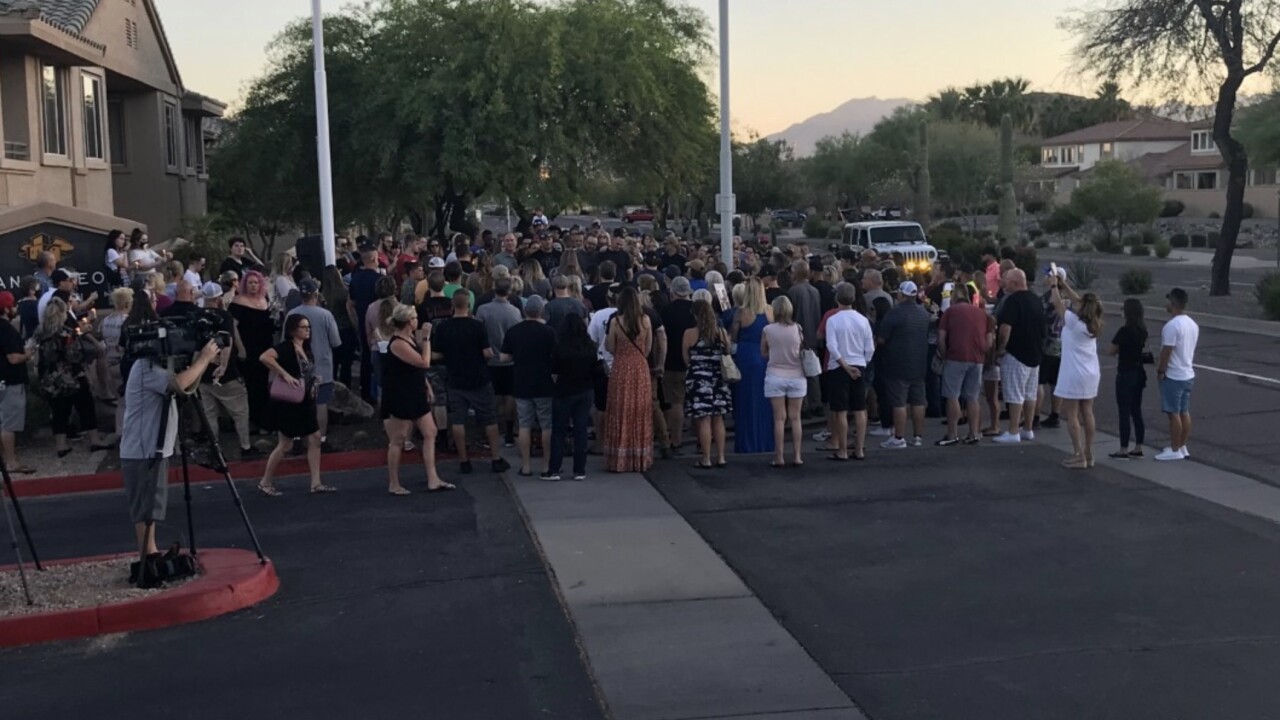 Whitaker was shot and killed Thursday night outside the front door of his condo, as two Phoenix officers were responding to a domestic violence call. The shooting occurred in the 16,000 block of Desert Foothills Parkway in Ahwatukee. Whitaker was home with his girlfriend after attending a high school graduation ceremony for his daughter earlier in the evening.

Phoenix police say they received two 911 calls. They say the caller initially said there were loud voices and slamming doors coming from the condo. The caller dialed 911 again at 10:44 p.m. to report concerns the argument had turned physical. Two officers came to the condo at 10:52 p.m. and knocked on the door. They say Whitaker emerged from the condo with a gun and moved toward one officer. In response, the second officer opened fire.

Relatives are urging Phoenix police to quickly release 911 call recordings and police body camera video, as they question the police department's account of what happened.

“I don’t know what he could’ve done to threaten a police officer because he would never do it,” Whitaker’s friend Tim Sevela said. “He would’ve told everyone that’s the wrong thing to do.“

"We’re human, and we are grieving," sister Katie Baeza said. "We need answers just like anybody would."

Neighbors who spoke to ABC15 said Whitaker was always friendly and kind. They didn't notice anything unusual before the police gunfire. They said they heard two or three shots, and they saw Whitaker's body lying in the walkway outside his condo. He died at the scene. Police say the girlfriend was uninjured.

Whitaker's family said the couple had not been fighting, but they were playing a video game before going to bed. Whitaker's sister said he took his gun to the door, after having recent trouble with an unknown person banging on the door at night.

"Men don’t go to the door empty-handed when they worry about who’s banging on the door," Baeza said.

A Phoenix police spokesman said the officers had identified themselves prior to the shooting. Neighbors said the officers were in uniform, but it's unclear to them why someone would not put down a gun prior to opening the door to police.

"I know with every fiber of my being," Baeza said, "if my brother was given the opportunity to choose life or death, he would’ve chosen life. He would’ve put the gun down."

Relatives say Whitaker was a father of two. He enjoyed fishing, camping and snowboarding. They say he liked competing in cornhole tournaments.