Man shot and killed by police in Ahwatukee 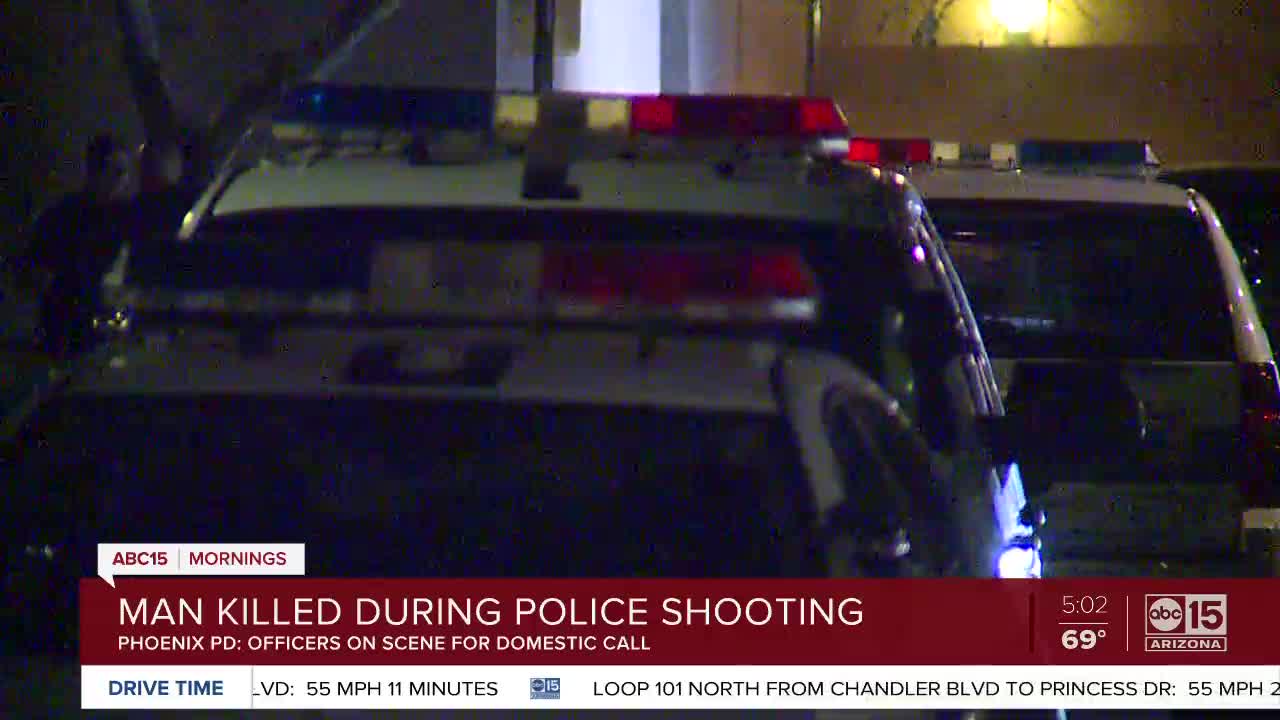 A man was shot and killed by Phoenix police overnight in Ahwatukee.

AHWATUKEE, AZ — Phoenix police were involved in a deadly overnight shooting in Ahwatukee.

Officers were called to the area of Desert Foothills Parkway south of Chandler Boulevard around 11 p.m. Thursday.

Police say officers were originally called to the scene to check on a domestic violence report. When they arrived, 40-year-old Ryan Whitaker answered the door with a handgun. At some point, the officer felt threatened and shot the man, killing him.

A woman was in the home at the time, but was not injured.

Police did not give further information on the shooting.