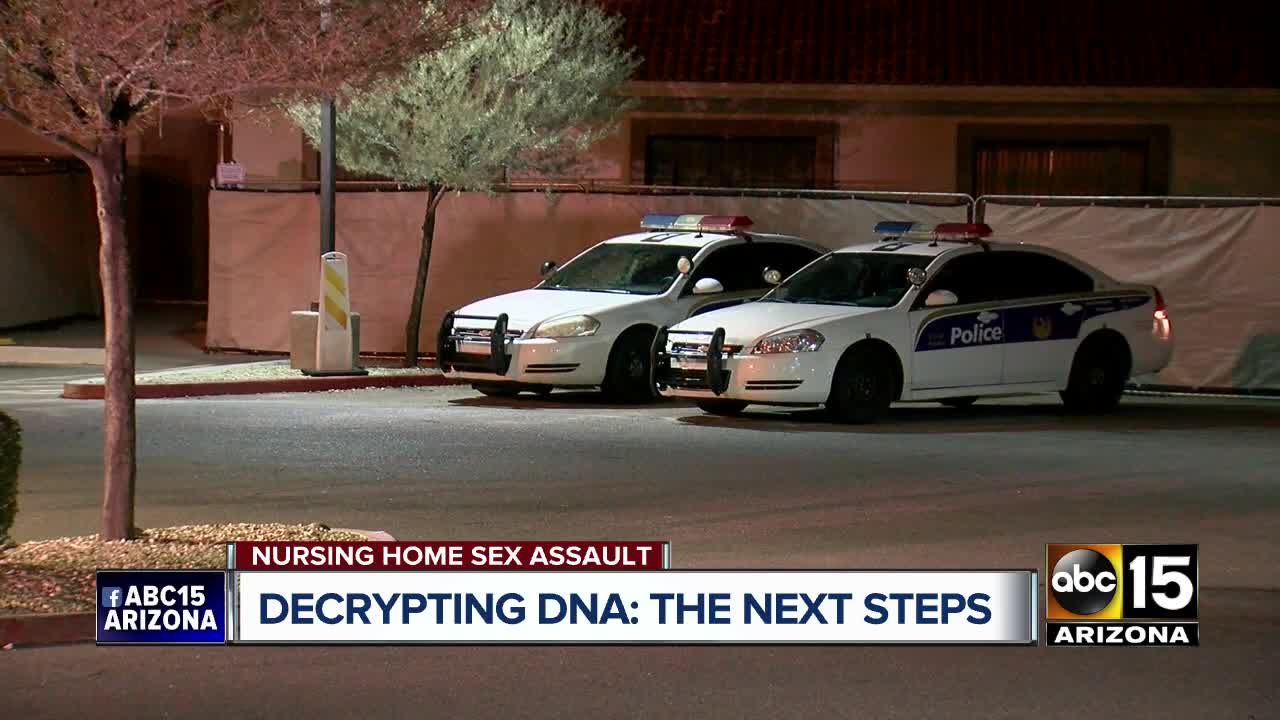 Decrypting DNA is now the focus of the Phoenix Police Department as they work to identify the person who impregnated a comatose woman at a Valley nursing home. ABC15's Zach Crenshaw has the story.

PHOENIX — Decrypting DNA is now the focus of the Phoenix Police Department as they work to identify the person who impregnated a comatose woman at a Valley nursing home.

The pregnancy of the 29-year-old woman in a vegetative state has shocked the country.

With a court order, detectives collected DNA from all the men working at Hacienda Healthcare, and possibly others.

"It is a large number of individuals," Sgt. Thompson said.

Now the lab begins the testing.

"Heaven and earth will be moved to get answers," said Professor Kim Kobojek, who is the Director of the Forensic Science program at Arizona State University.

She worked with the Phoenix Police Department for 17 years.

At this point in the investigation, Kobojek said the forensic team already has the mother and baby boy's DNA, likely taken off cheek cells with a buccal swab.

"Now from those two DNA profiles what is called an in for a paternal profile, or a potential father DNA profile, can be generated," she said.

There might be a match with the employee DNA already collected. If there is not one, police can still cross-check with a national database against other unknown DNA profiles and convicted offender samples.

"This could be a very long investigation," Sgt. Thompson said.

Phoenix police investigators are aware though that the clock is ticking.

"I expect they will get answers from this case so I would say there would be a 100% resolution to this case. It's just going to be a matter of time," Kobojek said.

Kobojek said there is no way of knowing right now if the suspect targeted other victims at the nursing facility.

She said the team may also consider performing rape kits on the victim.