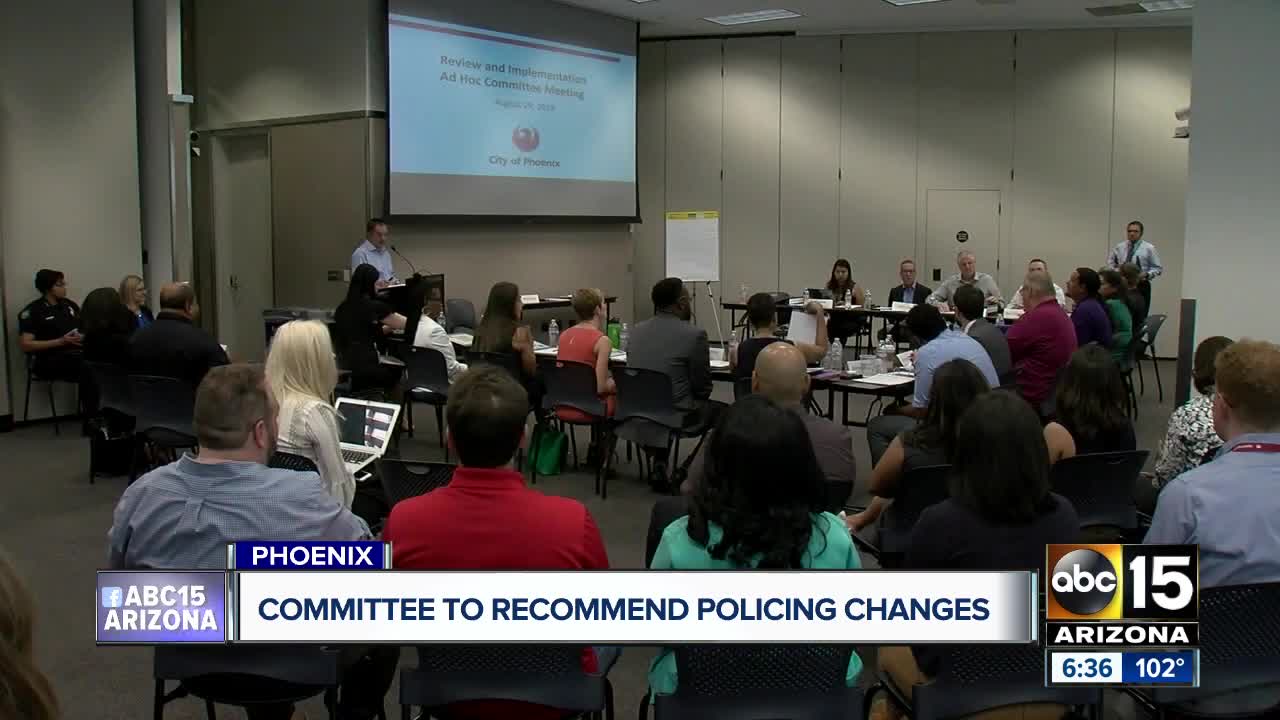 PHOENIX — The 19 members of Phoenix's Review and Implementation Ad Hoc Committee held their first meeting Thursday as they prepare to make recommendations to reduce violent encounters and increase trust between police officers and residents.

The committee was formed after a series of officer-involved shootings and excessive force complaints.

Over the next year, the committee will see police training and review reports and studies dating back to 2011. They'll make new recommendations based on their analysis of ideas that were never implemented in the past.

During their first meeting, the committee discussed improving police transparency and what the public can do to improve relations with officers. The group includes pastors, former police officers, community activists, and the widow of a Phoenix officer killed in the line of duty.

"I know the police chief and the police department will also take it very serious, and I really think they will implement many other things that we come up with," said Jay Swart, who is a former police commander.

The committee's work is not intended to replace the work of the regular city council in making rules and improvements to the Phoenix police force.

"So I don't want everyone to wait for the results of this committee," said city council member Carlos Garcia, who is also co-chair of the Ad Hoc Committee. "Let's start next week; start as soon as we want."