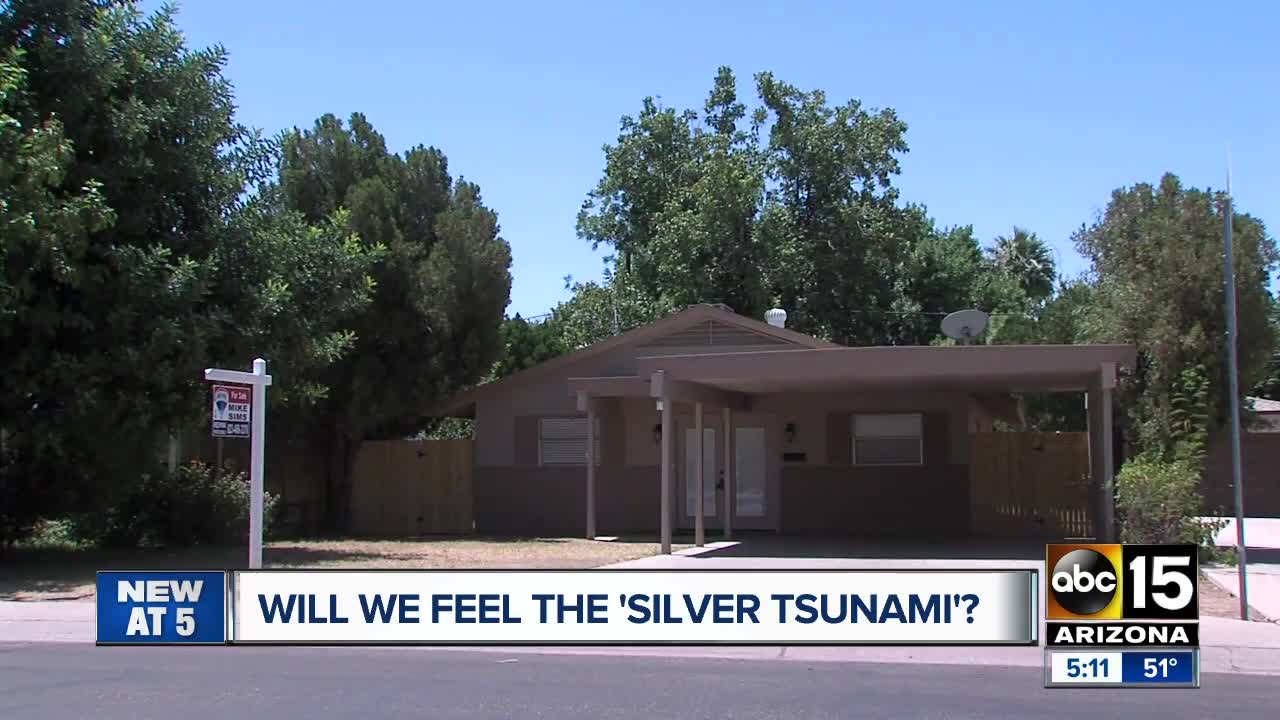 Researchers estimate upwards of 20 million US homes are going up for sale through the mid-2030s because of the baby boomer generation is dying or moving into assisted living. 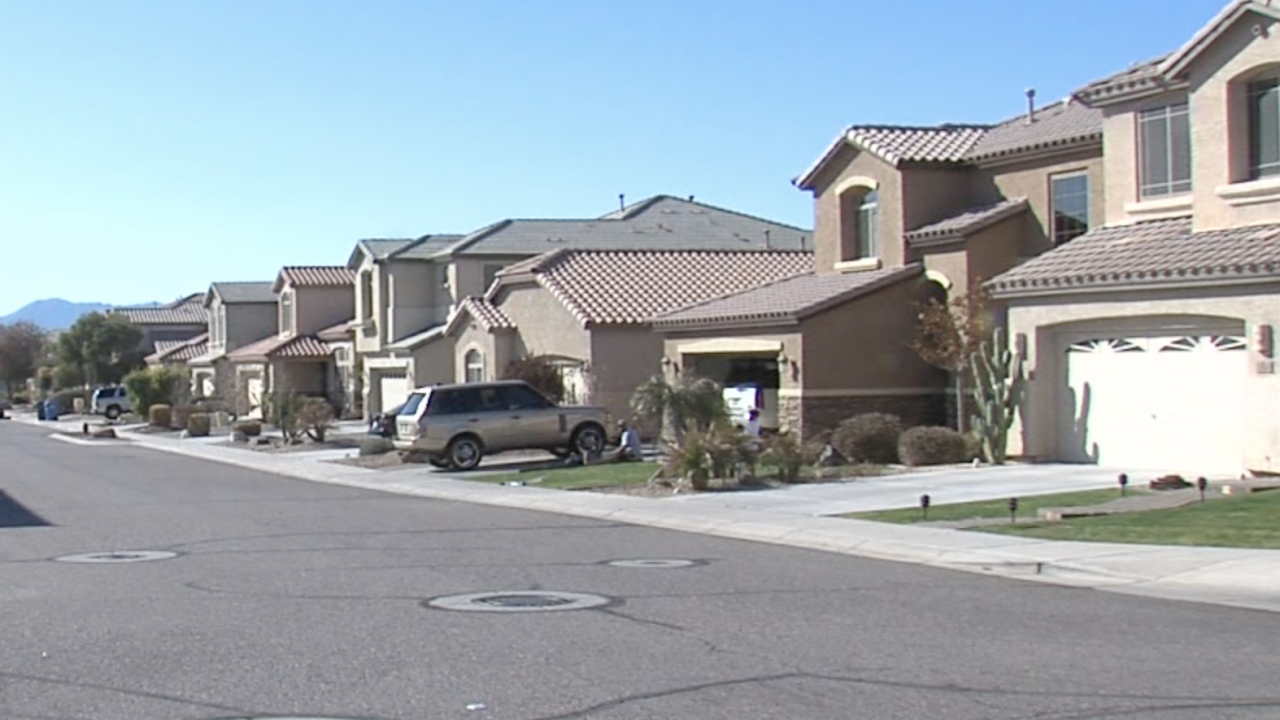 PHOENIX — If a headline is about housing, local real estate analyst Tina Tamboer from The Cromford Report saves the article.

Often she finds the stories contradict each other. But she said recent news about a "Silver Tsunami" has some validity to it.

The US population growth is slowing.

According to the Census Bureau, in less than two decades, seniors will outnumber children.

"The argument itself is valid, the urgency of the emergency is debatable," she said. Researchers at Zillow estimate upwards of 20 million US homes are going up for sale through the mid-2030s because the baby-boomer generation is dying or moving into assisted living.

Popular retirement areas El Mirage and Sun City top the list -- nearly 2/3 of homes in those areas are expected to hit the market by 2037 -- with Greater Phoenix overall estimated at less than 1/3 going up for sale.

"Currently in the Phoenix metropolitan area, we have more inbound migration of people over the age of 55 than we have outbound migration compared to other parts of the country," said Tamboer. "I am not convinced Sun City, Sun City West, Sun Lakes and some of our 55-and-over communities are going to be the first on the front line of this particular pattern."

Plus, Tamboer said even if low population does become a problem for retirement communities, those communities can just change their rules or lose the age restrictions altogether.

The bottom line, according to Tamboer, is this is not an overnight issue, if it becomes a local issue at all. A decade and a half is a lot of time for things, like migration patterns and healthcare advances, to change.

The market here in terms of job growth and affordability are still very good, she said.

"I would not use something like the 'Silver Tsunami' as a reason to not purchase real estate right now," she said.