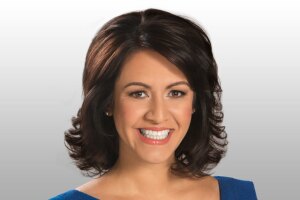 Angie came to Arizona from Pennsylvania, where she worked in several cities across the state as an anchor, reporter and news writer. She’s covered a number of high-profile stories; the most recognizable would be the Jerry Sandusky trial. One of the stories she broke while in central Pennsylvania was about a paroled murder convict who was sent to live in a halfway house in a rural area. Neighbors weren’t notified about his placement. The story led to an overhaul in state law.

On a lighter note, she’s been fortunate to cover Celebrity Jeopardy and Wheel of Fortune during traveling episode tapings.

Angie's passion is problem-solving. While here in the Valley, she exposed shortcomings in how Social Security handles child identity theft and it led to changes in their internal policies nationwide. She’s particularly interested in issues that affect moms and families, whether it’s about safety or saving money.

Angie lives in the northwest Valley with her husband and three young children. Though the east coast will always be home, they love exploring this beautiful state and enjoying everything it has to offer, including the year-round sunshine!