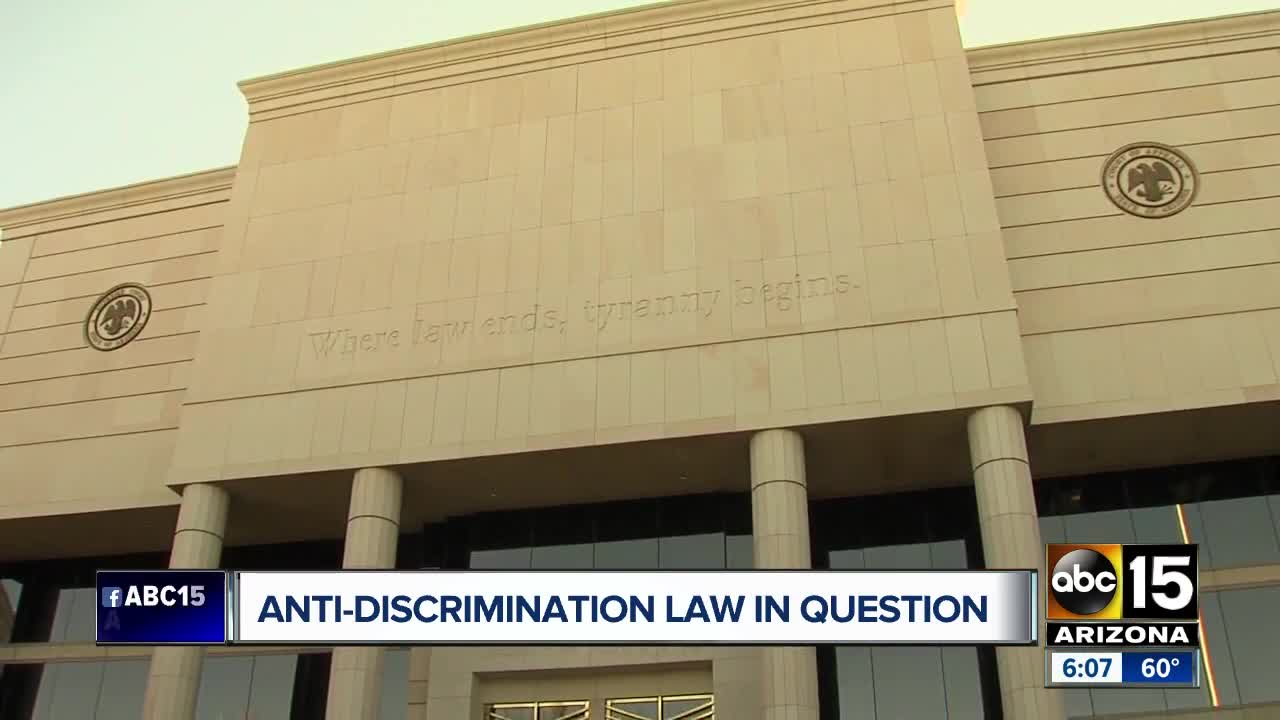 The stationery company Brush and Nib is challenging the ordinance, saying the owners should not have to compromise their religious beliefs and be forced to create designs for same-sex couples. 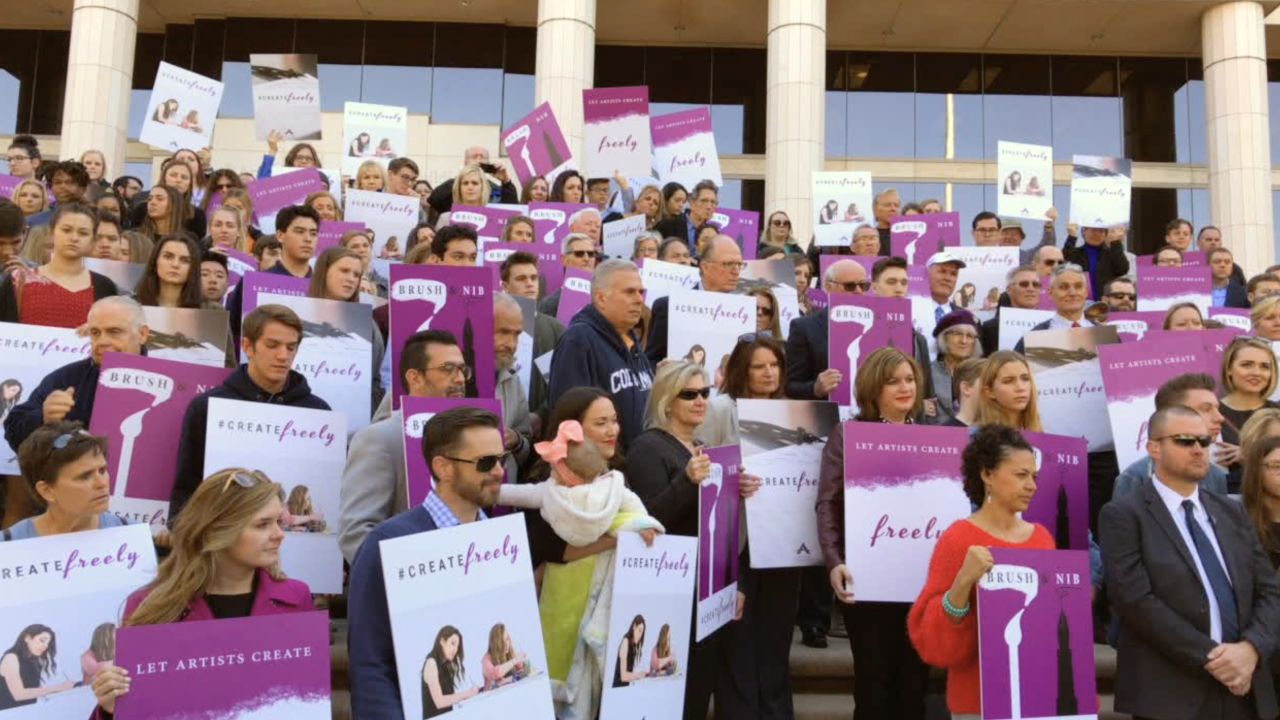 PHOENIX — Lawyers squared off Tuesday at the Arizona Supreme Court over whether two Christian artists who make wedding invitations as part of their business can refuse service to same-sex couples for religious reasons.

An attorney for artists Joanna Duka and Breanna Koski argued complying with Phoenix's anti-discrimination ordinance would violate their clients' free-speech and exercise-of-religion rights by forcing them to custom-make products for same-sex weddings. They believe a marriage should be between only a man and woman. The city contends the two artists are free to infuse their faith within their business, but said the courts shouldn't create a blanket exception that allows them to discriminate against a class of people. So far, two courts have upheld the constitutionality of the ordinance.

"Countless items, there are literally countless items they would create for people," Jonathan Scruggs, senior counsel for Alliance Defending Freedom, said. "They just can't say, 'We celebrate a vision of marriage that we disagree with.'"

"Nothing in the law tells businesses what to write, what to say, what to paint," Eric M. Fraser, outside counsel for the City of Phoenix, said. "All it says is if you hold yourself out as open to the public, you cannot refuse service because of who someone is."

The Arizona Court of Appeals ruled this summer that while the ordinance may have an incidental effect on free speech, its main purpose is to prohibit discrimination. The appeals court concluded the ordinance regulates conduct, not speech. Outside of court Tuesday, Duka and Koski explained how their Christian faith guides them in everything they do, including their work life. "When we reflect God's creativeness in small ways through our art, it reveals something about him," Koski said. "That is why we cannot separate our faith from our artist creativity."

Inside the courthouse, Chief Justice Scott Bales raised a scenario about Duka and Koski selling a wedding stationary package to a couple with the names of Pat and Terry. The chief justice asked whether the artists would sell the package if the couple were heterosexual but would object if they were a same-sex couple. Jonathan Scruggs, an attorney representing Duka and Koski, said it's about the message that's conveyed by the wedding package. "They send different messages," Scruggs said, likening the position his clients are in to asking an LGBT artist to design a shirt that says "Protect Marriage."

The two artists want to post a statement on their website saying they won't create artwork that violates their religious beliefs, including making products used in same-sex wedding ceremonies. But they haven't posted such a statement because they believe it would violate the ordinance. Bales asked Eric M. Fraser, an attorney representing the city in the dispute, whether artists who oppose same-sex unions could include content on a wedding invitation that says marriage is between only a man and woman. Fraser said the artists probably could do so, as long as they sell it to any couple that wants to do business with them.

Under current law, a business that refuses service can receive a $2,500 penalty and face up to 6 months in jail.

This summer, the U.S. Supreme Court sided with a Colorado baker who refused to make a wedding cake for a same-sex couple, finding the state's civil rights commission showed anti-religious bias when it ruled against the baker for refusing to make the cake. The Supreme Court decision, however, didn't address the larger issue of whether a business can invoke religious objections to refuse service to gay and lesbian people. An Arizona law that bars discrimination by businesses doesn't include sexual orientation as a protected class. Phoenix, Tempe, Flagstaff and Tucson have passed ordinances banning businesses from discriminating on the basis of sexual orientation. Phoenix hasn't yet taken any enforcement actions stemming from its ban on sexual orientation-based discrimination.