Are Phoenix police officers the most violent in country?

Are changes needed at Phoenix police?

Violence involving police officers is at an all-time high in Phoenix. Now one group is calling Phoenix police the most violent in the country.

The anti-police group, Justice That Works, is a "grassroots non-profit dedicated to ending mass incarceration in Arizona." The group is highlighting how Phoenix matches up to others cities that have become synonymous with gun violence.

By the numbers, the Phoenix Police Department is the deadliest force in the country

By the numbers, with 38 officer-involved shootings this year, the Phoenix Police Department is the deadliest force in the country.

Justice That Works says there have been nine officer-involved shootings in Chicago this year. The Los Angeles Police Department reports 28 shootings at the hands of an officer in 2018.

Phoenix Police Chief Jeri Williams has been candid with her concern, calling for an independent study of the department. She says they are increasing training for nonlethal responses. 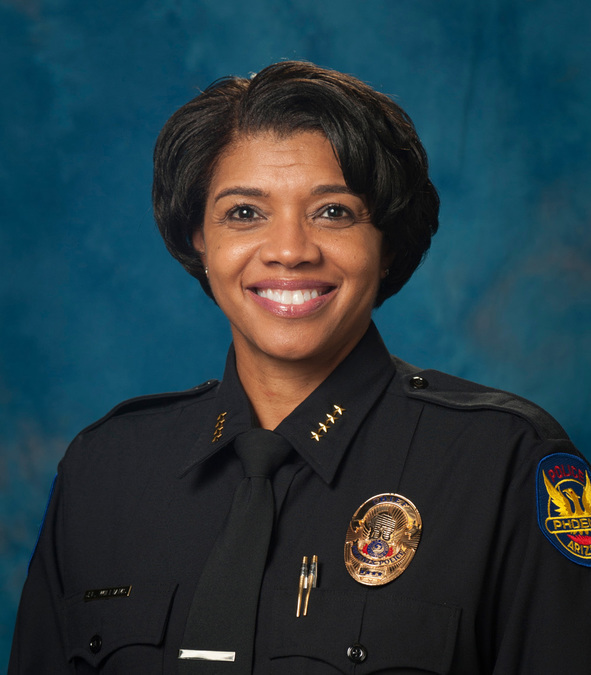 In an interview in August, she also pointed out to ABC15 every situation is unique and there's no magic solution.

"These shootings have happened with different ethnicities, different genders. I wish I knew one key cause of it which is why I think it's critically important to have the study to begin the process of really drilling down and dissecting what's happening," Chief Williams said.

In a memo to the community in August 2018, Williams said there has been a 45% increase in the number of assaults against Phoenix officers, with one out of ten of those assaults involving a firearm.

The results of the police department study are expected by the end of the year and Chief Williams has said she hopes the results will provide a plan of action that can be shared with the community.

Take a look at the map below for every media-reported officer-involved shooting in Maricopa County so far in 2018.

A recent ABC15 count also found Los Angeles County, the most heavily populated county in the country, has had fewer officer-involved shootings so far this year than Maricopa County.

This year represents a dramatic change as compared to last year's data. In all of 2017, 43 officer- and deputy-involved shootings were reported in Maricopa County, while Los Angeles County had 65.

The latest officer-involved shooting in Phoenix occurred on September 22 near 83rd Avenue and Campbell. An unidentified suspect was shot and is in critical condition.