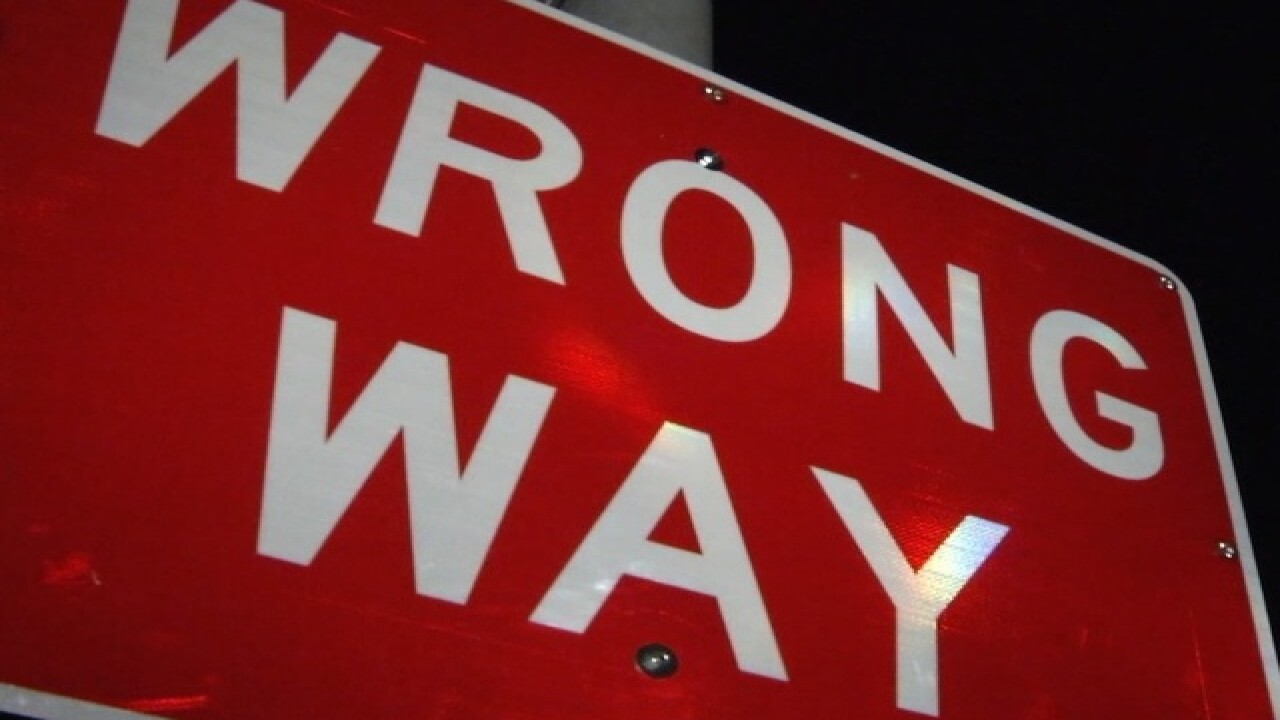 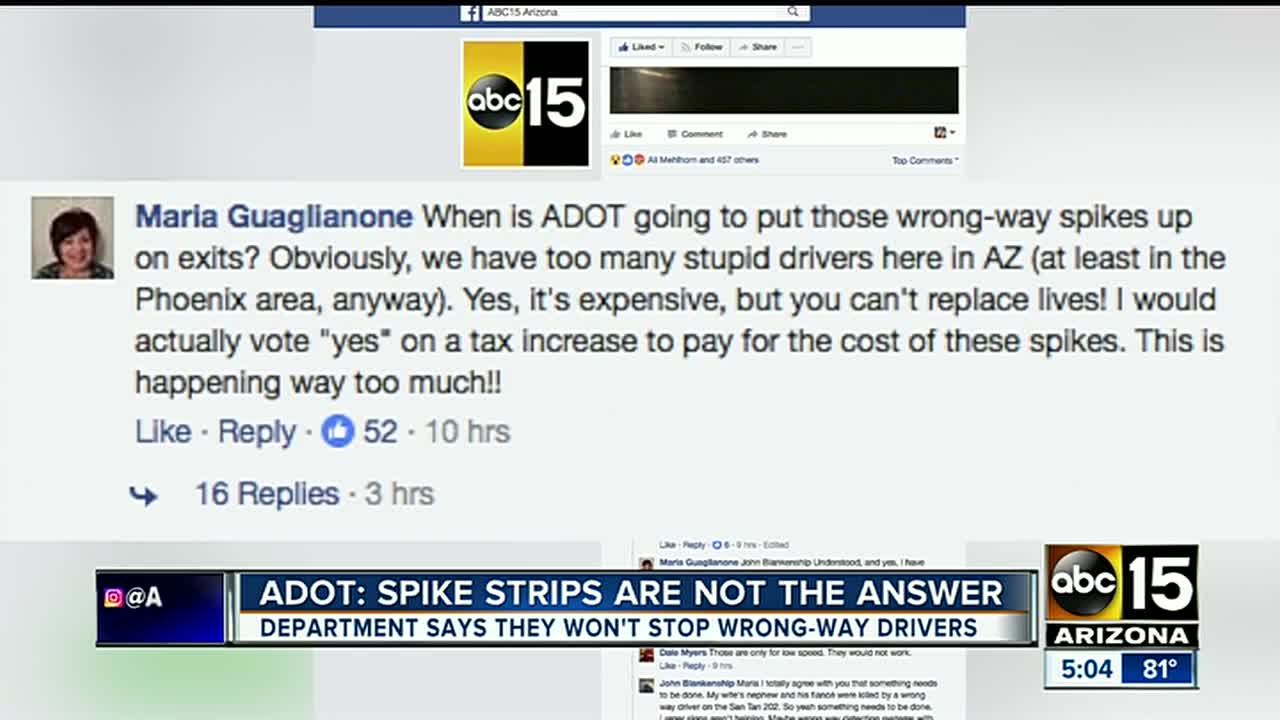 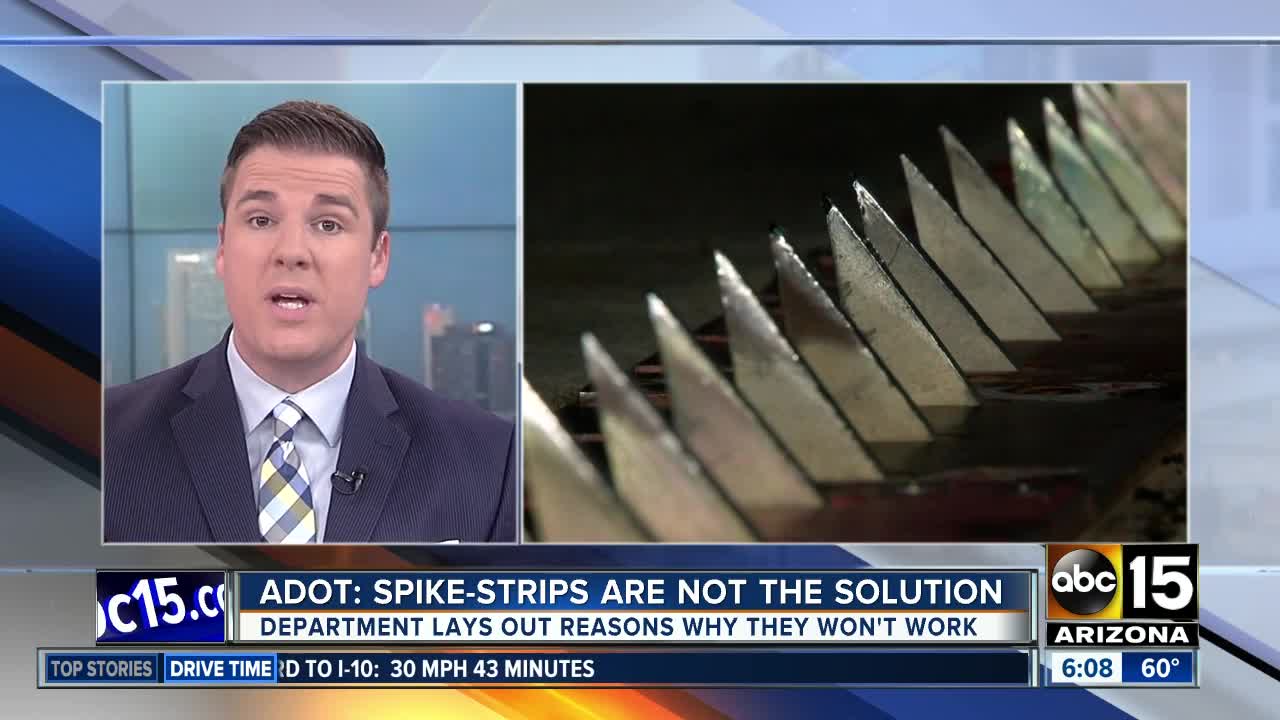 The Arizona Department of Transportation is considering new methods to prevent accidents caused by wrong-way drivers across the state.

Last week, ADOT released a statement stating that despite their best efforts, “[they] cannot design an engineering solution that prevents crashes, injuries and fatalities from every form of driver error.”

An ADOT spokesperson says they’ve received an influx of suggestions from the public regarding possible preventative solutions, including the use of spike strips.

Spike strips – which are typically metal – are used to blow the tires of wrong-way vehicles on highway ramps. In a recent blog post, ADOT released a list of reasons why they’re not considering implementing spike strips on Valley highways:

The blog post came just days before another accident related to a wrong-way driver was reported in Tempe.

Early Sunday morning, 19-year-old Jahine Gregg is accused of driving the wrong direction on Loop 202. Eleven drivers called 911 around 2 a.m. to reported that they were nearly hit by Gregg.

Gregg struck another car head-on near McClintock drive. Three people were injured, including Gregg, a passenger in his car, and the other driver, a DPS spokesperson said.

Impairment is suspected in connection with the crash. He is facing several charges including aggravated DUI, multiple counts of endangerment and criminal damage.