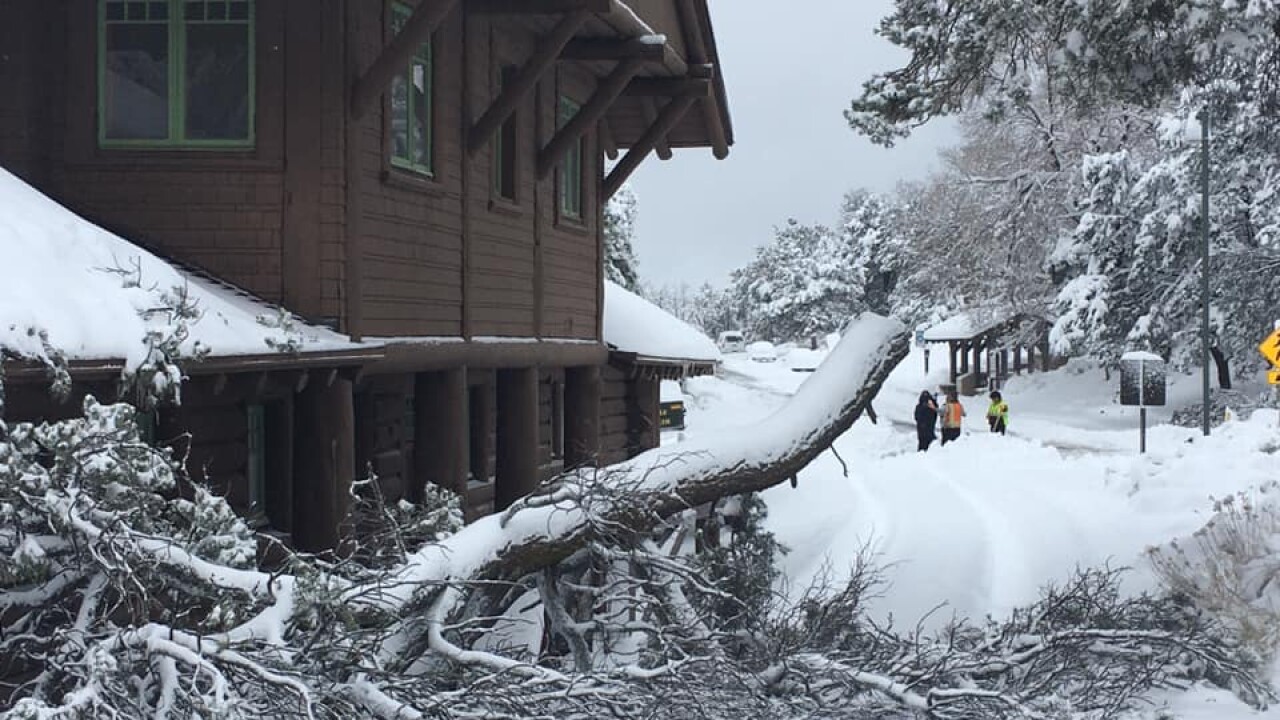 GRAND CANYON NATIONAL PARK, AZ — A winter storm knocked out power overnight at the South Rim of the Grand Canyon, forcing residents and tourists alike to scramble to find heat.

More than a foot of snow has fallen at the South Rim, where there are approximately 2,500 full-time residents.

Around 1:45 am, power was restored at Grand Canyon Village. A good thing! Temperatures will drop into the single digits (F)this morning. Road condition updates later this morning. #GrandCanyon #Arizona #AZWX

Daniels estimates there were more than 1,000 tourists staying at the various lodges. Not all the lodges are equipped with backup generators amid the power outages.

"The South Rim is still without electricity, however, both the Village and DV markets are open and the Yavapai Lodge has power. But no heat. The park is setting up emergency shelters for those who are unable to leave today," the park said on Facebook.

The park service is plowing roads which lead out of the park while the Arizona Department of Transportation is plowing highways leading to Williams and Flagstaff.