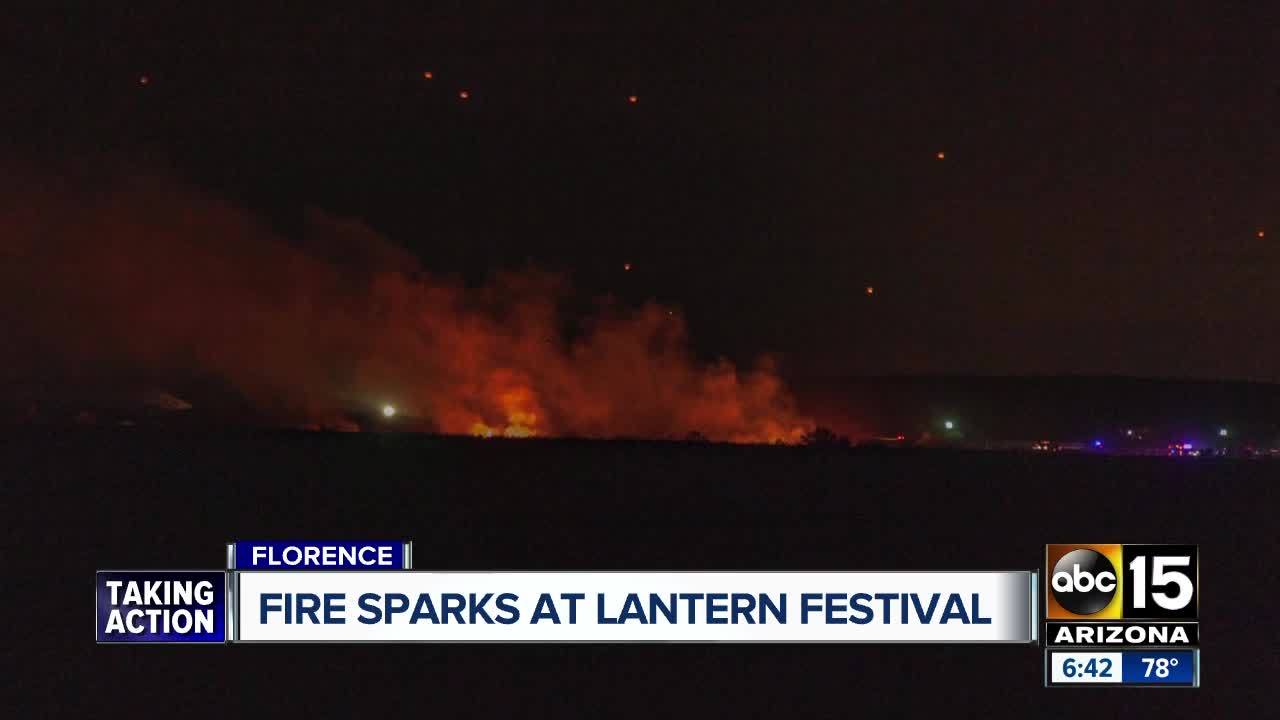 Across the country, 30 states have already banned lantern festivals because of the dangers they pose and the National Association of State Fire Marshals has urged the remaining states to follow suit. FLORENCE, AZ — Over the weekend, Florence residents took photos of the Desert Lantern Festival showing lanterns falling from the sky and catching fire.

"As the pictures get shown it'll demonstrate how potentially bad this could've been," Florence resident Michael Baca said. "I'm not surprised, due to the fact that this climate and this area is so dry. We haven't had any rain for months and months. It looks like a tinder box out there."

Baca says he and his girlfriend decided to go to the event after hearing about the mess left behind at a similar festival in Pinal County two weeks ago.

"Our interest was piqued, so we decided to go and see how it played out," Baca said.

What resulted was what looked like a wildfire raging at the Country Thunder Ranch. Baca says firefighters thankfully put it out quickly.

Two days later, some lanterns are still scattered on the ground right across the street from where the festival was held.

Justin Corey, co-founder of Natural Restorations, says he and his team regularly come across left over lanterns while cleaning up parts of Arizona. "It's a huge fire hazard," Corey said. "It's something that shocks me that the state does allow it."

Corey says it may take a change in state law to stop festivals like this from happening.

Across the country, 30 states have already banned lantern festivals because of the dangers they pose and the National Association of State Fire Marshals has urged the remaining states to follow suit.

Individual cities and counties can also vote to ban the festivals.

According to a Pinal County spokesman, the county gave permission to the property owner to hold the event. However, he says county management is actively looking at the requirements for events like this one and will make necessary changes to avoid harm to citizens or property.

He says the county plans to have a work session soon to review the problem.

A spokesperson for Entercom, the festival organizer, issued a statement Monday saying, "We take the safety of our community very seriously. We put in place important safety measures to help us have a safe and fun festival for all. We'd like to thank our partners at the Regional Fire Department for being on site with us throughout the festival to ensure the safety of our guests."