Who's supposed to fix unemployment funds for Arizonans? 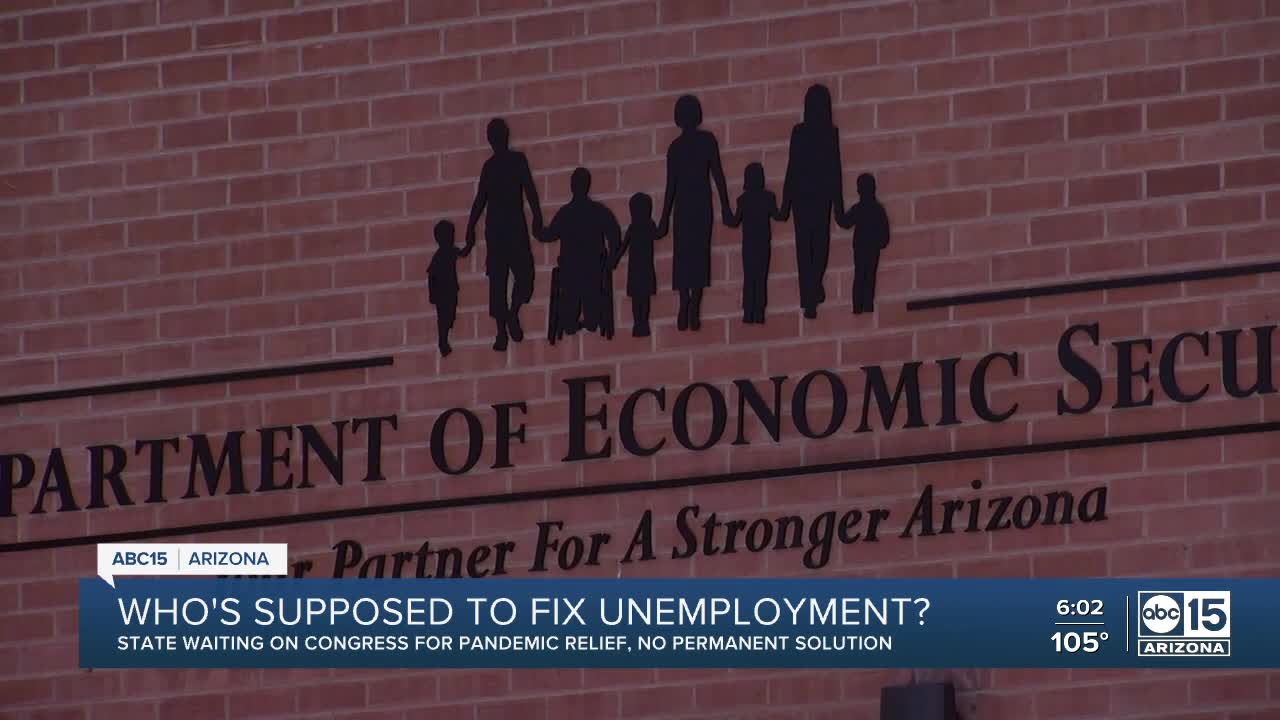 State waiting on congress for pandemic relief, no permanent solution. While Congress wraps up its month-long recess, Arizona's patchwork unemployment system is again on the verge of cutting benefits by hundreds of dollars.

The original $600 weekly benefit provided by the CARES Act expired at the end of July.

On September 2, DES director Michael Wisehart told reporters in his first press conference, that the most recent influx of cash-$300 per week--will likely be running out in the next week or two.

"It is likely that the LWA benefit will stop abruptly for individuals," Wisehart said.

The Lost Wage Assistance (LWA) program, funded with money from the Federal Emergency Management Agency (FEMA), was created by presidential executive order in the first week of August. Arizona was the first to implement the program on August 17.

At the time, ABC15 reported that researchers with Grand Canyon Institute estimated that the program had enough money to pay out about five weeks of additional benefits. That estimation is proving to be reasonably accurate.

"We're spending about $50 million per week from the unemployment insurance trust fund," he said.

That trust fund started at 1.1 billion dollars. According to Wisehart, it has dwindled to $400 million.

"We've got about eight weeks or so of solvency left in the state trust fund," he said. That could mean higher taxes for the businesses that pay in the fund. The state also has the option of borrowing money from the federal government or dipping into the $1 billion rainy day fund. Governor Doug Ducey has not seemed open to doing either of those things so far.

Ducey and Wisehart have both made clear they are looking to Congress to come up with more cash for the system, but researchers with Grand Canyon Institute say it is the state's job to fund unemployment insurance for its citizens. The think tank estimates Arizona still has $400 million in unspent CARES Act funds to do it.

ABC15 has repeatedly asked Ducey's office for a detailed accounting of the CARES Act funds. We have not received one single response to those requests.

We know the state has until December 30 to spend the remaining money.

We also know before its month-long break, Congressional Republicans proposed an additional $200 per week, while Democrats insisted on keeping the amount at $600.

What we don't know is how long Arizonans will have to suffer before Congress gets its act together or local leaders take action.