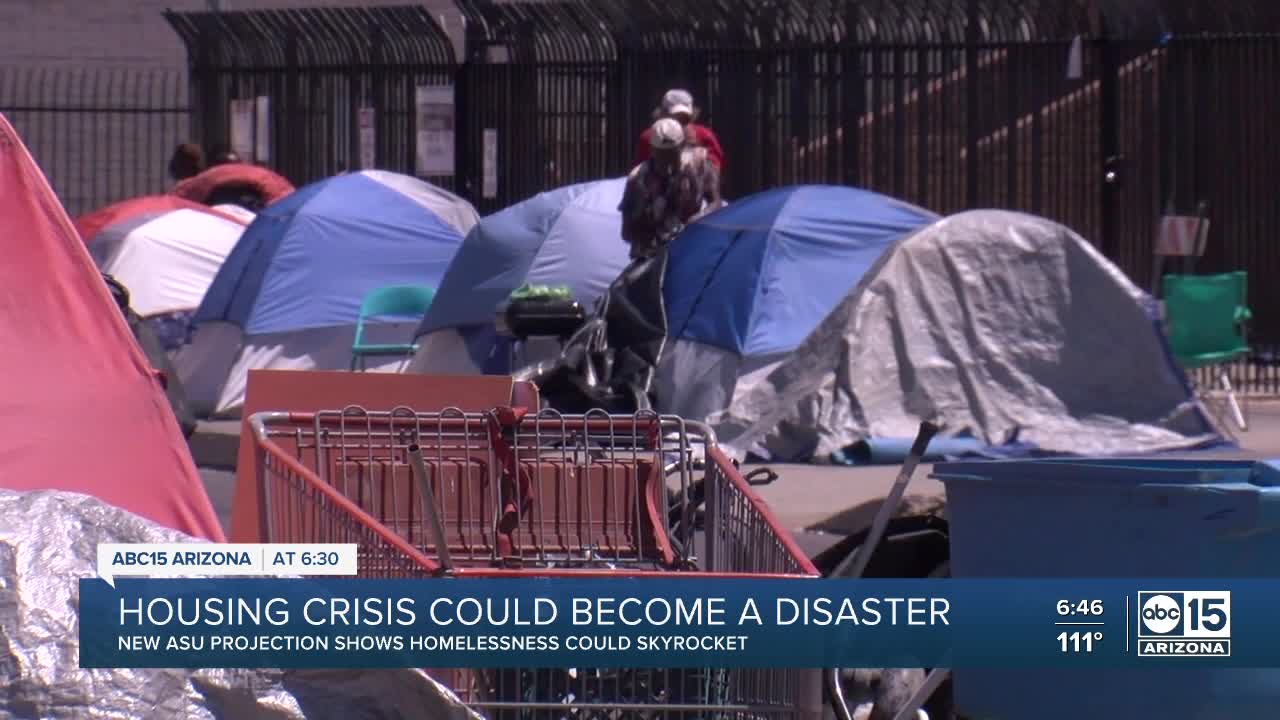 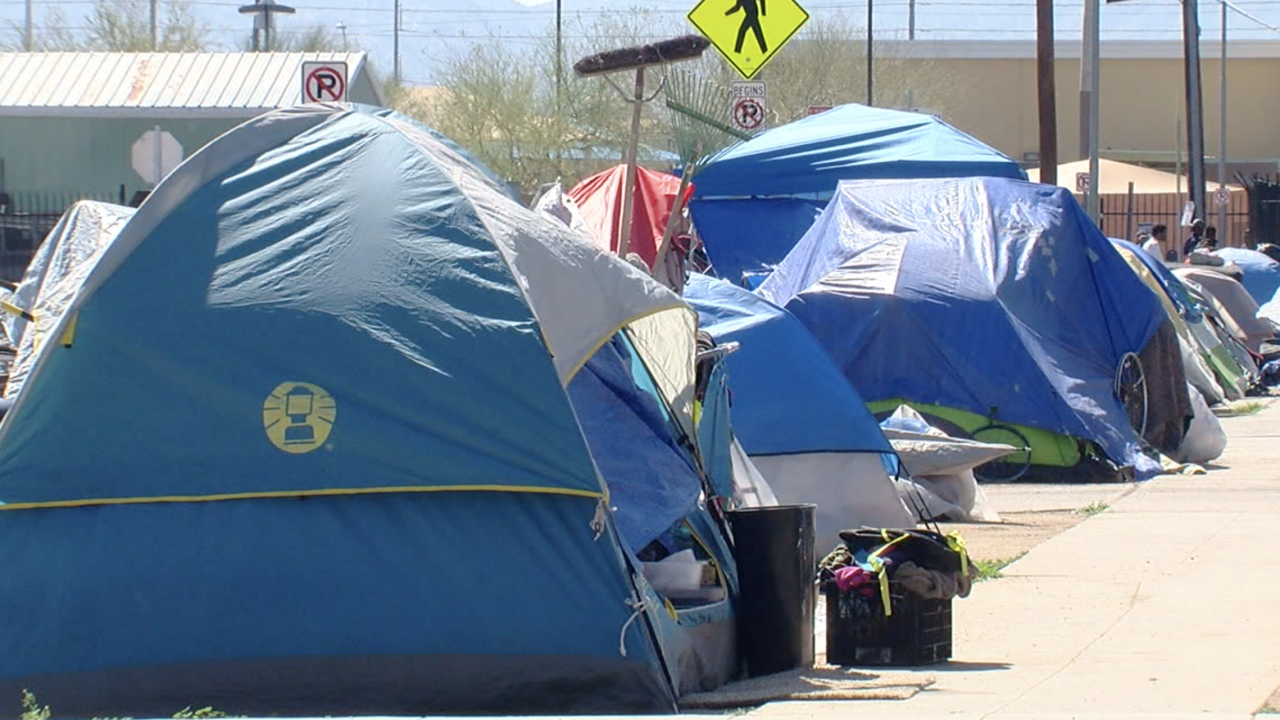 PHOENIX — Researchers with the University of Arizona say if unemployment continues to rise in Arizona, drastic measures will need to be taken to shore up homelessness prevention programs for the potentially thousands of Arizonans who will need them.

"One of my main takeaways from the response to the to our current situation, is that the scope of the problem is not being appreciated by our responses. I should say both the urgency and the scope," said Keith Bentele, Associate Professor with the UArizona's Southwest Institute for Research on Women.

The report uses a January 2020 count for unsheltered homeless individuals in Arizona of 10,979 as its baseline for its projections. It concluded that if unemployment rises to 15 percent, then the number of homeless will rise by 16 percent. If unemployment rises to 20 percent, projections are that homelessness would rise by 29 percent. Also, if 25 percent of Arizonans are without jobs homelessness would spike by 42 percent, according to the report.

"I think, sadly, that this is going to be worse than these relatively conservative projections that we've made here," Bentele said.

The discontinuation of the $600 federal unemployment benefit plays a major role in housing insecurity for Arizonans, since the state has the second lowest benefit in the country behind Mississippi, according to Bentele. Currently unemployment insurance in Arizona pays a maximum of $240 per week.

"There's no statewide plan to help people deal with that," Bentele told ABC15. He also says the delay in dispersing rental assistance is expected to exacerbate the problem.

"The fact that the net amount of money available for the program is an inadequate big picture to the demand. It [suggests] to me that many, many more families are going to be struggling than we would even expect historically."

In Maricopa County alone there are about 590,000 rental households according to 2018 census data. But the amount of money allotted to prevent eviction suggests there isn't enough to go around.

The City of Phoenix is using $30 million in its CARES Act money to fund eviction utility and mortgage assistance programs expected to help about 4,700 Phoenicians.

Maricopa County is using $30 million for eviction prevention which is expected to help 6,000 residents.

And the slow-moving program through the Arizona Department of Housing has taken nearly four months to help 1,300 renters around the state.

The report does offer some hope if state and local lawmakers move quickly to aggressively shore up the state's safety net.

"Certainly, there's a number of very small policies that slow down evictions. So it's everything from freezing court proceedings related to eviction, not allowing landlords to file for eviction, allowing law enforcement to enact or enforce an eviction order. So these are all things that can be done," Bentele said.

The report also suggested providing support for "struggling landlords to give them an option to not evict if rental assistance is not available for tenants."

Bentele says history suggests jobs will not come back quickly, and the state needs to make preparations for the effects of that now.

"I'm desperate to urge people to realize that the loss of income that disappeared in March, April is not, it's not going to come back for a long time. And so, so then the question is, where's that going to come from?” he said.

"And it's going to have to be from somewhere else and a lot of that's going to be through the safety net and through state action. So I understand that ideologically, that's not palatable or what people want to hear. But on the other hand, the long-term damage to our economy is going to be bad for everyone."