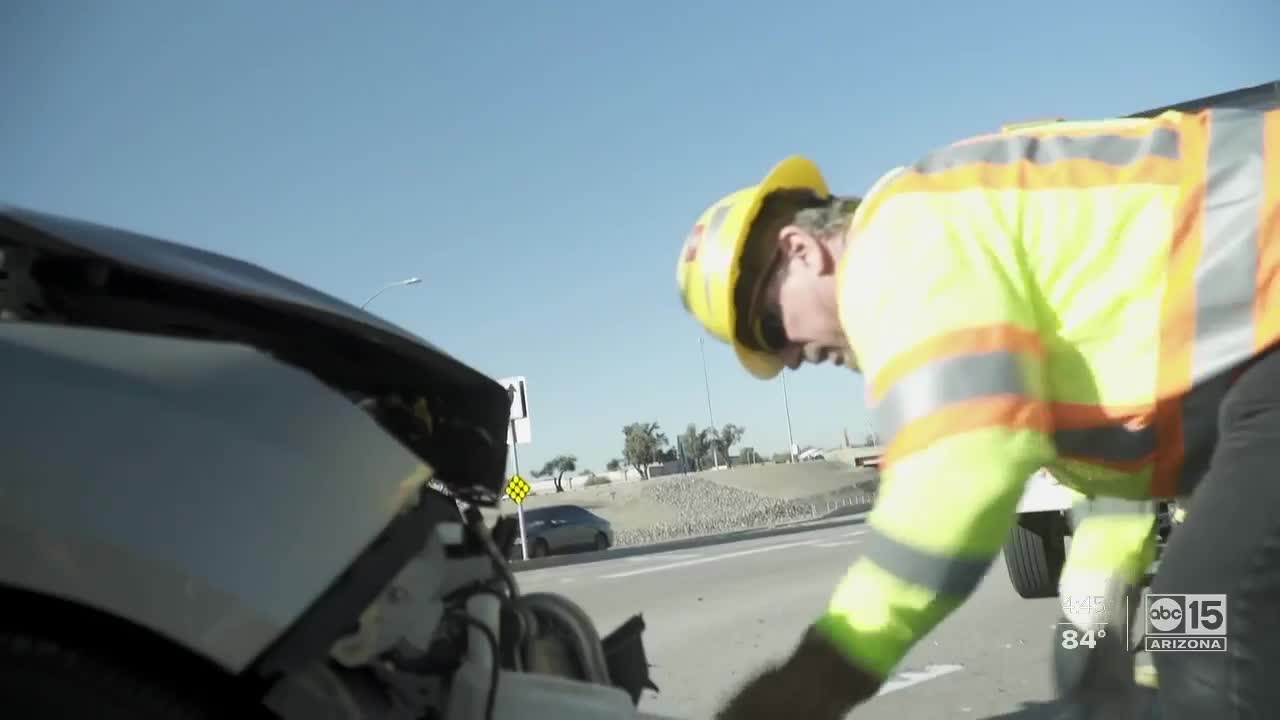 Freeway signs across the Valley have been illuminated with a sad message. The Arizona Department of Transportation is asking drivers to stay alert after one of their own workers was killed while out working on the roadway. 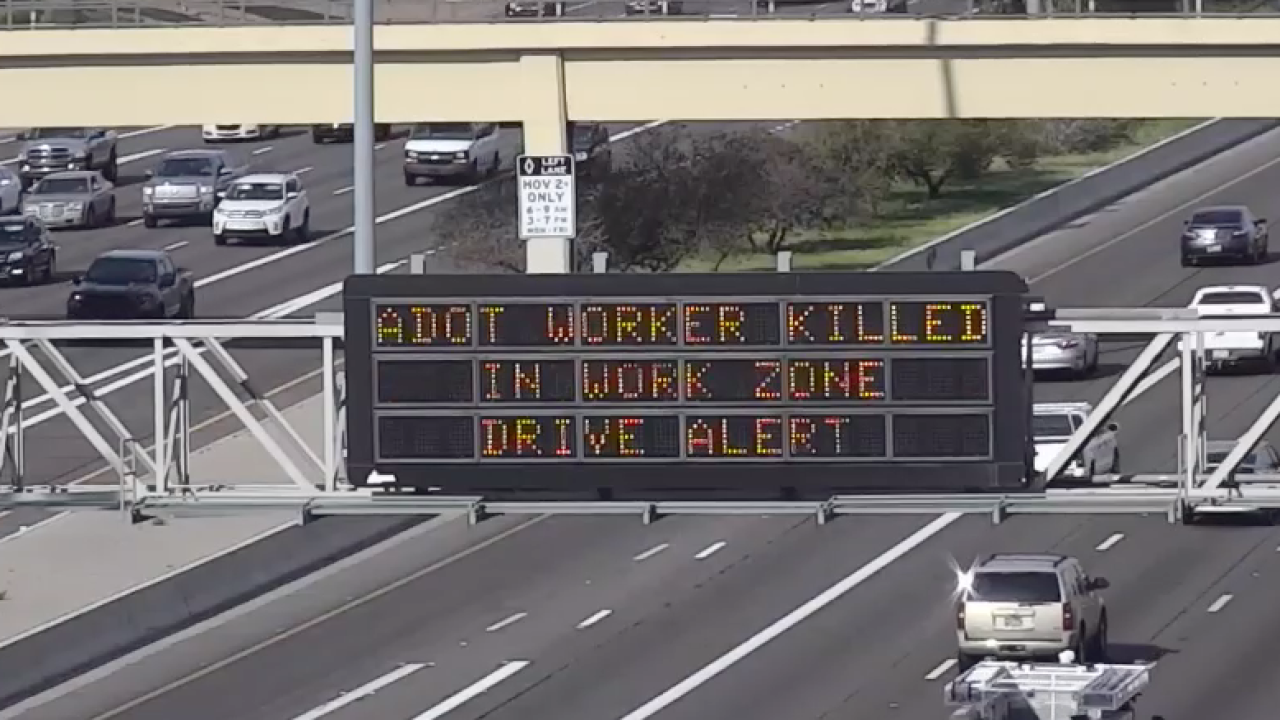 Freeway signs across the Valley have been illuminated with a sad message. The Arizona Department of Transportation is asking drivers to stay alert after one of their own workers was killed while out working on the roadway.

Operation Safe Roads wanted to see how often the Department of Public Safety is taking action against drivers who ignore bright orange construction signs in work zones throughout the Valley.

"It says 55 mph... double fines and they disregard that to the end," said Mark Kessman.

Kessman is a locksmith whose job takes him all across the Valley every single day.

He reached out asking us to spread the message of slowing down, especially in these work zones.

"When you started doing these stories on safe roads, I thought - maybe she may be interested in this story because it needs to get out there somehow," Kessman said.

Kessman said he was getting concerned with the lack of compassion from drivers who go 10, 20, even 30 miles over the speed limit.

According to statistics obtained from the Arizona Department of Public Safety, troopers have handed out more than 100 tickets so far this year related to speeding in construction zones. Almost all of those tickets were on the Loop 101.

In all of 2019, DPS reported more than 600 driver citations for speeding in construction zones.

Kessman thinks there should be much more than that.

"Whether or not they get written up or not, at least maybe they'll think twice next time because of the fact that they were pulled over," Kessman said. "Maybe... who knows... maybe it could save their life one day."

Kessman also shared his own story of being pulled over years ago. He said the trooper gave him a warning, but asked him if he had cruise control in his car.

The trooper asked Kessman to make it his best friend. He has done that ever since and he hopes it can be advice to other drivers to ensure more safety for everyone.

Have a road issue or question for Operation Safe Roads? You can call our hotline at 833-AZROADS or you can email roads@abc15.com.