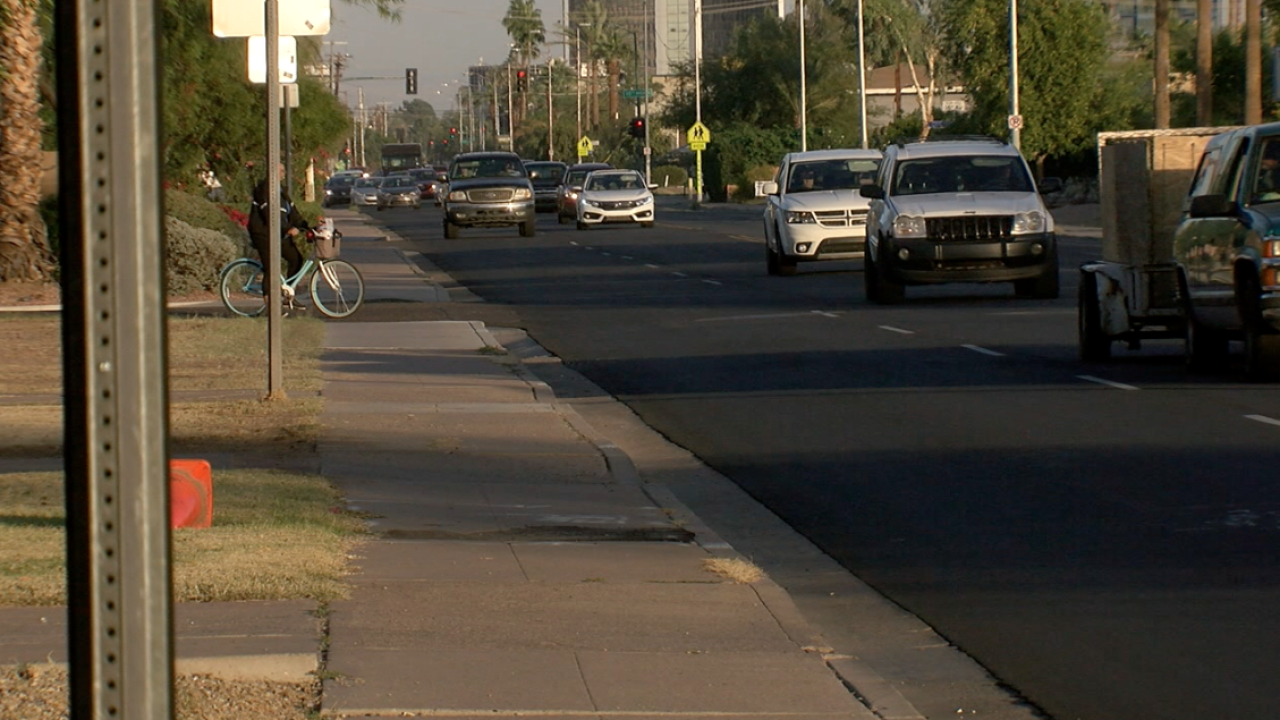 That is until the Operation Safe Roads team started asking questions.

"We are very happy that we contacted ABC15 to get this amount of progress and hopefully something will move forward," said Kristy Osgood.

ABC15 first took you to the area of 19th Avenue and Osborn last month after residents there said they had a plan to re-configure the roadway to increase safety.

But, they claimed it stalled without warning.

The city of Phoenix Street Transportation Department told us, they would be attending a meeting with the St. Gregory Neighborhood Association to continue conversations and it seems some hope is back on the agenda.

This all started because Kristy Osgood, a mother and member of the neighborhood association contacted the Operation Safe Roads hotline after saying they were going round in circle with the city for nearly 3 years.

"Many parents at St. Gregory and Encanto elementary were very upset with the amount of speed and the amount of traffic coming by during school zone times," said Osgood back in December.

She said eventually, they were able to come with up this solution.

"They made promises that they were going to re-configure the road where there would be two bike lanes on each side and that would give a buffer to pedestrians walking down the street," Osgood described.

But, when the city went to re-stripe, they did so exactly the same as before.

The city claims that residents were alerted of the change of plans. They also said 1/3 of people they surveyed were opposed to the changes, which is why they decided not to move forward.

But, Osgood said she wanted to keep conversations going. With multiple schools in the area, safety for kids in the area was still a concern for her.

In attendance was city Councilmember Laura Pastor. She declined ABC15's request for an interview or statement when we first reported this story.

"It's a balancing act trying to make sure our streets can function for folks who live and work nearby, but also folks who are using it to get from one place to another," Knudson explained.

Knudson told residents, he wishes he could go back in time and fix the lack of communication issues they describe.

But, now he asks that they move forward. He says he has a plan to do it.

"We'd like to do a pilot program where we can simulate the loss of a travel lane," Knudson described. "So, we'll be using barricades if the community is supportive of it, which it seems like they are, to be able to simulate three travel lanes other than four."

So, there is something in the works. For a skeptical Osgood, she is feeling something she has not felt in awhile.

"I have some hope," Osgood said with a smile.

Have a concern in your neighborhood that you want Operation Safe Roads to look into? You can contact the hotline at 833-AZROADS or email roads@abc15.com.