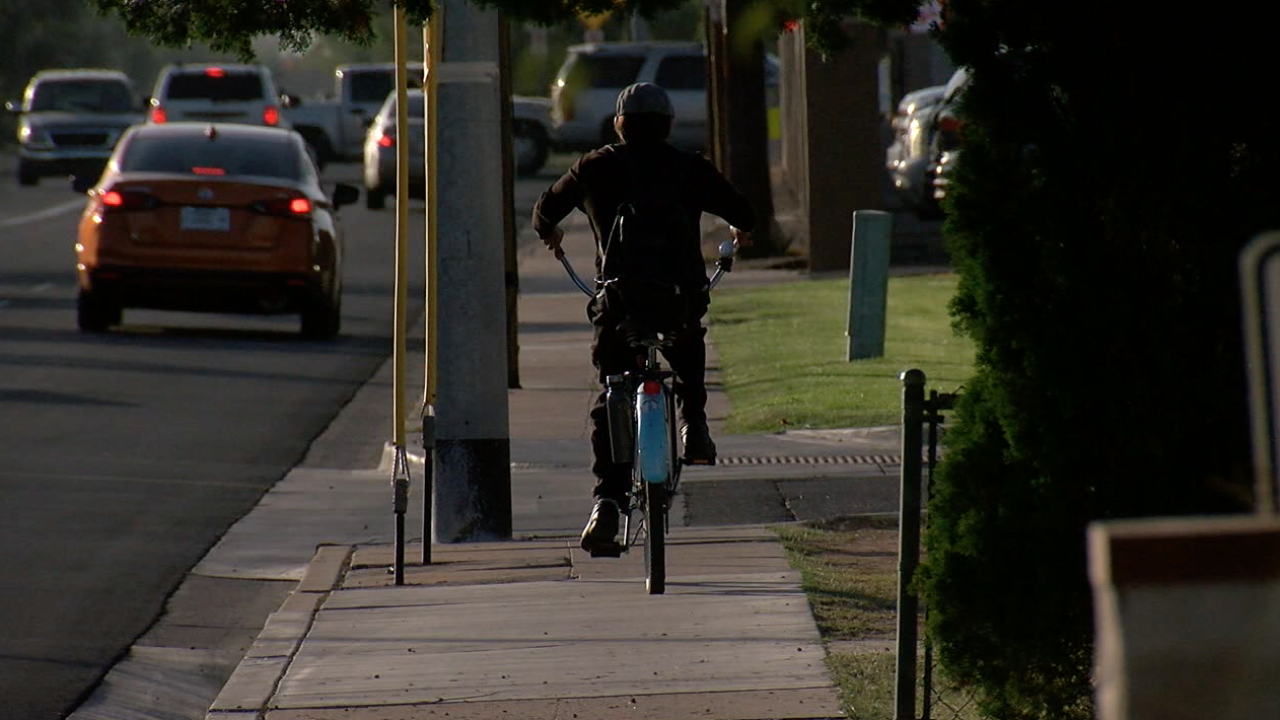 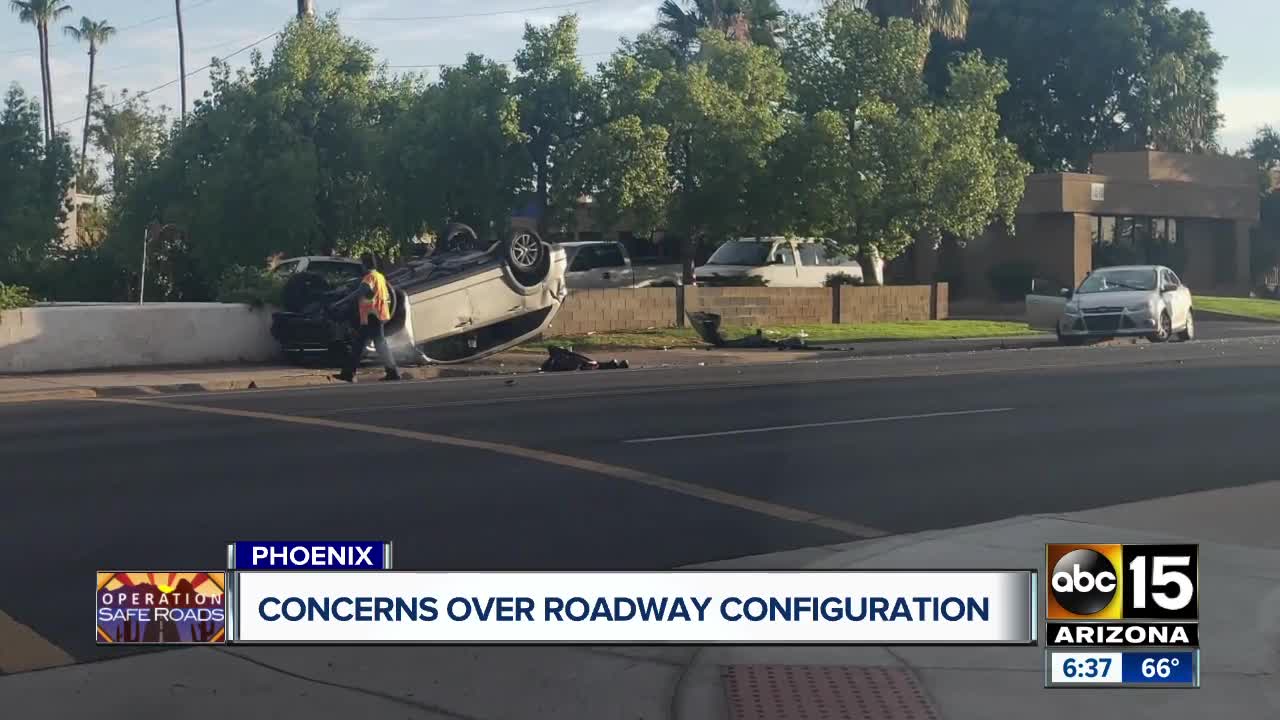 PHOENIX — They thought they had a plan to make their Valley neighborhood and the streets around it safer.

Residents in the Saint Gregory Neighborhood Association near 19th Avenue and Osborn Road tell ABC15 they had countless meetings with city staff over the last few years. They also said they collected hundreds of petition signatures on a plan to reconfigure the roadway.

But they said without warning, the plan they all came up with was erased.

They were confused and frustrated, so they turned to Operation Safe Roads after they said the city would not give them a reasonable explanation.

Kristy Osgood is a mother and neighborhood association member. She sent ABC15 a photo of a car flipped up on the curb just a few days before the start of the school year.

"They were inches from the St. Gregory crosswalk," Osgood said.

She said the police on scene told her the crash was likely caused by speed. That was very unsettling to this Phoenix mother. She is so concerned about the safety that she drives her third grader to school each day, even though they live just a couple of blocks away.

"Many parents at St. Gregory and Encanto Elementary School were very upset with the amount of speed and the amount of traffic coming by during school zone times," Osgood said.

That is what pushed Osgood and other members of the neighborhood association to make contact with city officials, like the Phoenix Street Transportation Department and council district representative, Laura Pastor. They were looking to see what could be done to help keep people safer.

"Around 2018, mid 2018... they made promises that they were going to re-configure the road," Osgood explained. "Where there would be two bike lanes on each side and that would give a buffer to pedestrians walking down the street."

Osgood said, after many meetings they were able to get that plan solidified. City officials said they would just need to wait until paving was scheduled for the area, which was December of last year. Once the road was re-paved, they would have a blank slate to re-stripe with the new design.

"But, when they went to re-stripe it... they re-striped it exactly the same," Osgood said.

"The city was right with us to do it," said Association President Bob Weiser. "Suddenly, it all changed with no warning, no word... just happened."

"My understanding is that we did send out, to everyone that attended the community meeting, we followed up with them with a statement saying that we didn't have sufficient community support at that time," said City of Phoenix Street Transportation spokesperson Ashley Patton.

Patton said they received community feedback that showed 1/3 of people were against the proposed plan. Even though there were more petition signatures in support of the plan, Patton said - that is not enough.

"The Street Transportation Department always looks at a combination of engineering and technical analysis," Patton explained. "Lots of data and studies involved - with the community impact and the community feedback. So, we're always balancing those two things."

The city claims, even though the re-striping has already been done, they are not done talking with residents.

The director of the Street Transportation Department, Kini Knudson, will be at a community meeting with the St. Gregory Neighborhood Association.

But, for neighbors living there, they are afraid of this conversation continuing to go in circles.

"They're telling us that there's not much they can do," Osgood said. "That they're going to re-visit the issue even though we've visited this issue many times over the years and all I can do now is call the speed hotline."

The community meeting will be on December 12 and the Operation Safe Roads team will be attending. ABC15 will keep you updated on how this discussion goes.

Do you have an issue in your neighborhood that you want Operation Safe Roads to look into? You can call 833-AZROADS or email roads@abc15.com.