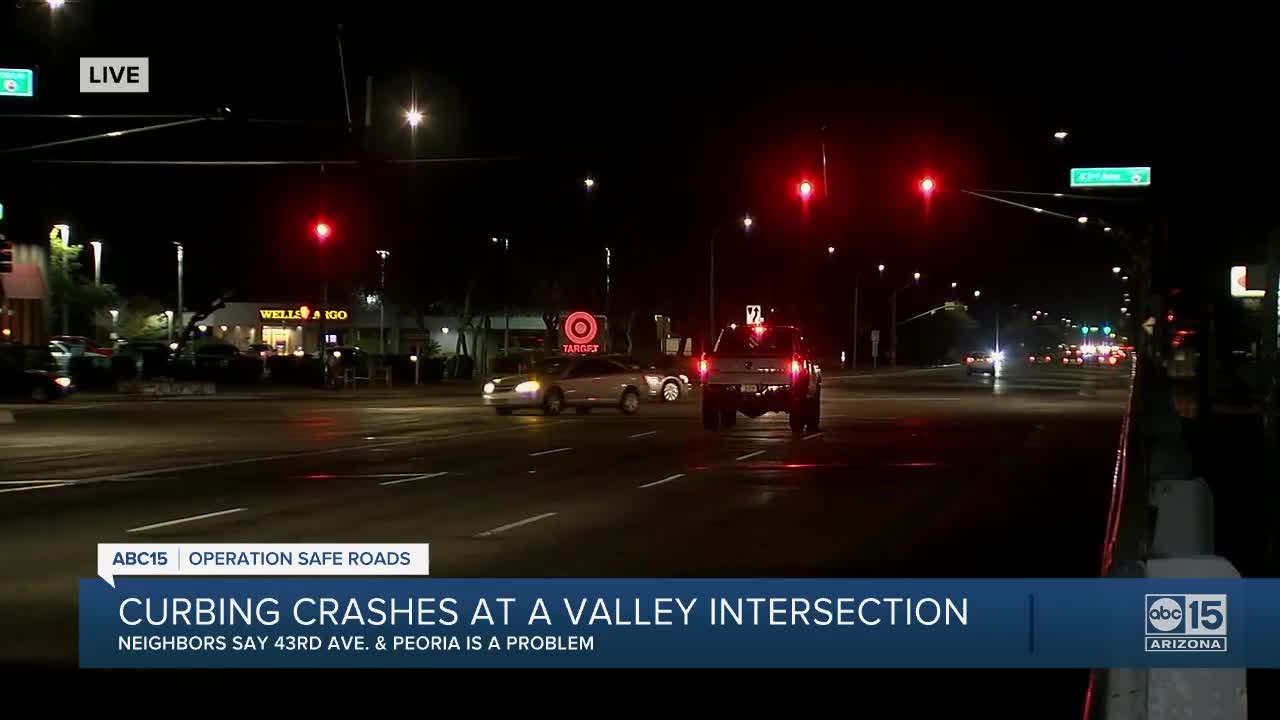 Crash after crash, neighbors near a Valley intersection say it's a major safety issue. PHOENIX — Crash after crash, neighbors near a Valley intersection say it's a major safety issue.

Several people who live near 43rd and Peoria avenues told ABC15 they are willing to drive the long route to wherever they're going, in an effort to avoid the intersection altogether.

Within the past week, a five-year-old and 12-year-old were critically injured in separate crashes either in or near the intersection.

"I think it's a problem," said neighbor Don Roeder. "And it's getting worse."

According to the City of Phoenix, there have been 183 collisions in the past five years at that intersection.

"It is one of the intersections that tends to have a bit higher [number of] crashes than most intersections throughout the city," said Carl Langford, the traffic operations engineering supervisor with the City of Phoenix Street Transportation Department.

According to the City of Phoenix, they recently conducted a road safety assessment at the intersection to evaluate how best to make improvements.

Grant money will also allow for a new project that aims to improve visibility for drivers making a left turn by making adjustments to the center median. Additional options are also being looked at.

"The goal is to improve the overall safety of the intersection," Langford said.

The Street Transportation Department welcomes feedback on other areas around the city as well.

"You call, it does lead to change," Langford said. "No guarantee that, you.... say 'hey it needs a new signal here,' are we going to do that. It's all dependent on funding and evaluation criteria but we do look at and evaluate everything that comes our way."

"I sure hope they do something with it," Roeder said.