FD: 5-year-old hospitalized after crash at 43rd Avenue and Peoria 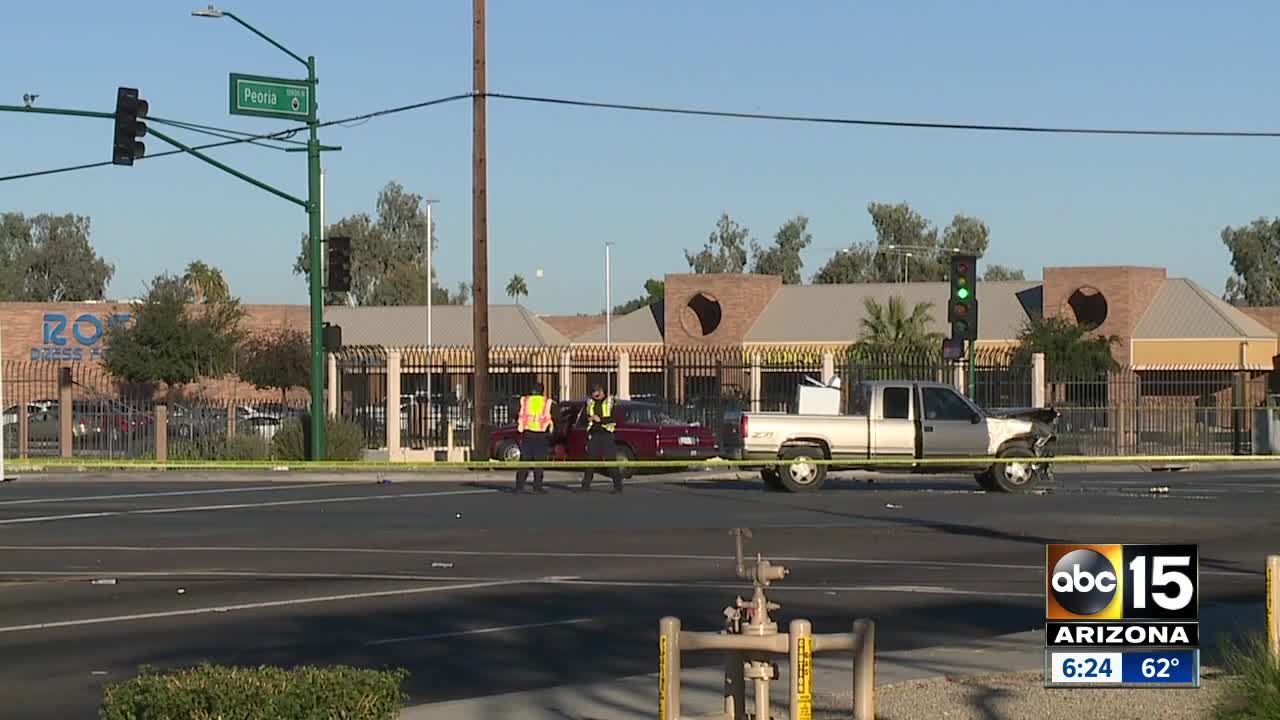 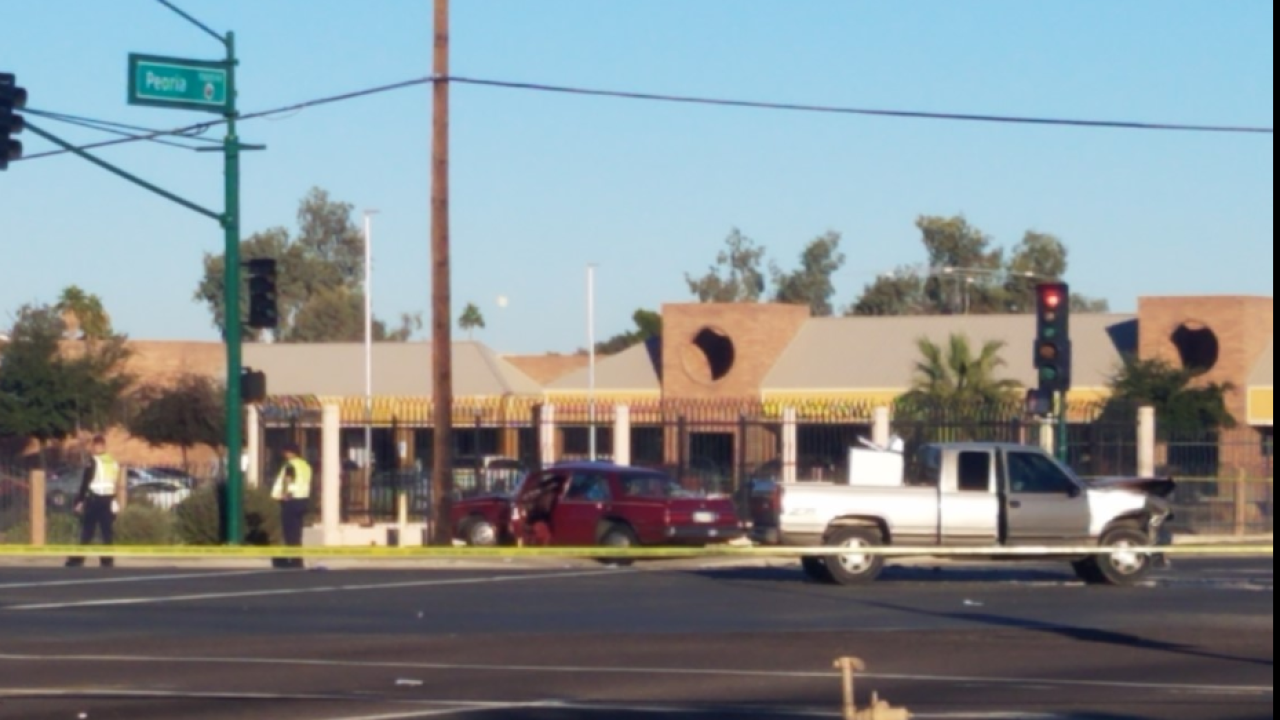 PHOENIX — A 5-year-old girl was transported to Phoenix Children's in critical condition on Saturday after a two-car crash in Phoenix.

Emergency crews were called to the scene near 43rd and Peoria avenues around 3 p.m.

Officials say the driver of a Buick was turning left from 43rd Avenue onto Peoria when a pickup truck traveling northbound collided with the Buick. Both drivers were evaluated for impairment, but neither was determined to be under the influence.

Officials confirmed a 29-year-old female, a 28-year-old male, and the 5-year-old girl were hurt in the crash.

Critical vehicle injury collision at the intersection of 43rd Ave. and Peoria. pic.twitter.com/6L5bNOGm1o

One patient refused treatment and the others were transported to local trauma centers, according to Nicole Minnick, with Phoenix Fire.