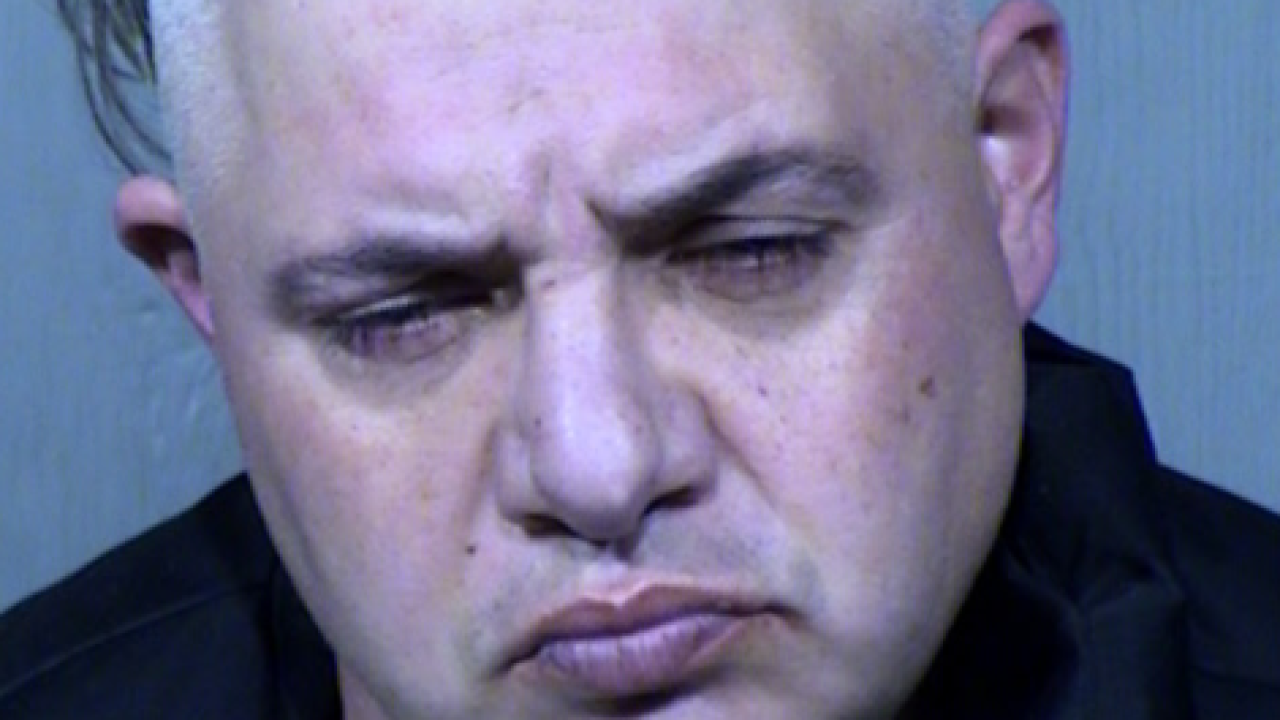 PHOENIX — A 40-year-old man has been jailed after leaving the scene of a crash that left a child in extremely critical condition Monday morning.

Officials were called to the crash site near 43rd and Peoria avenues around 8 a.m.

Phoenix police say Clint Rasho was headed southbound in an SUV when he collided with a Chevy Impala occupied by a 38-year-old woman and four children.

The Impala was then forced into a Dodge Durango, driven by a 37-year-old woman, before it rotated into the northbound lanes and was struck by a GMC truck, driven by a 57-year-old man.

One of the children in the Impala, a 12-year-old girl, was left in extremely critical condition. The woman driving and three other kids, ages 9, 14, and 15, were not hurt.

Police say Rasho fled the scene but was located by officers nearby. He was booked into jail on charges of aggravated assault, endangerment and failure to stay at the scene.