ADOT working on improving I-17 commute to the high country 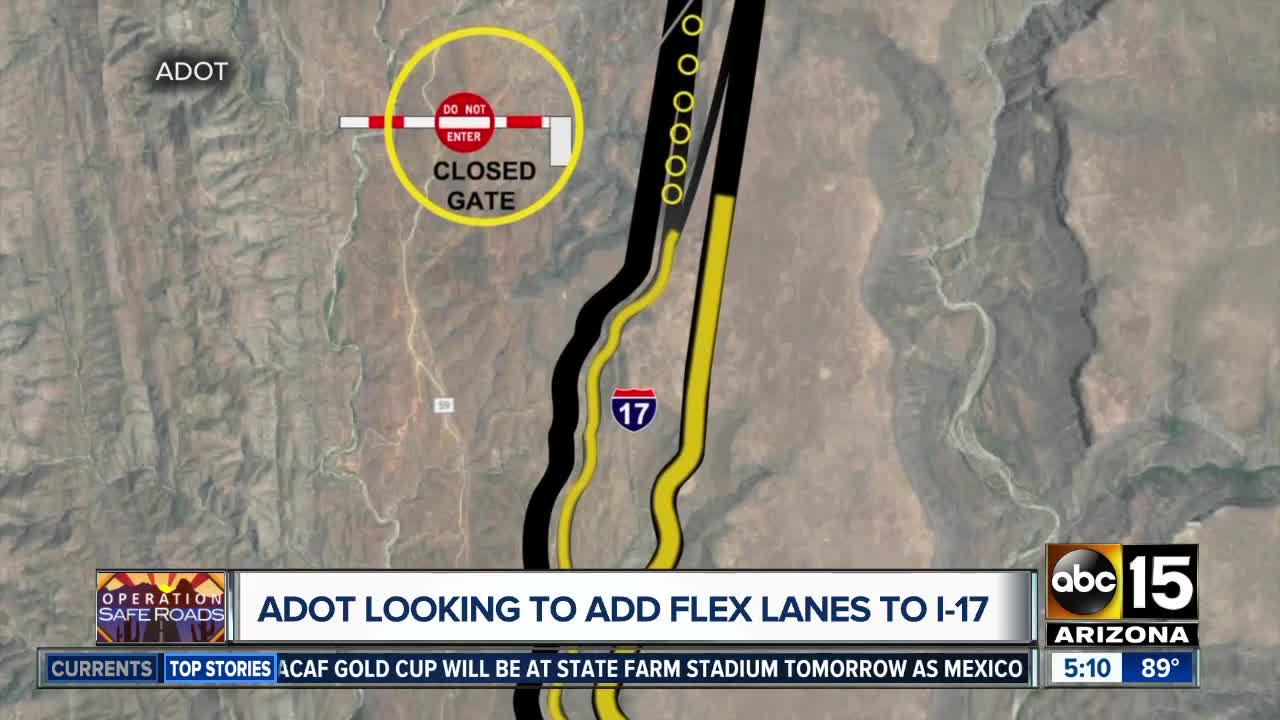 Many people choose to drive up the I-17 north of Black Canyon City for those cooler temperatures in the high country, but that means traffic along the 10-mile stretch to Sunset Point is sometimes at a standstill. Now we are learning the Arizona Department of Transportation is working on some different roadway options to try to improve the ride. 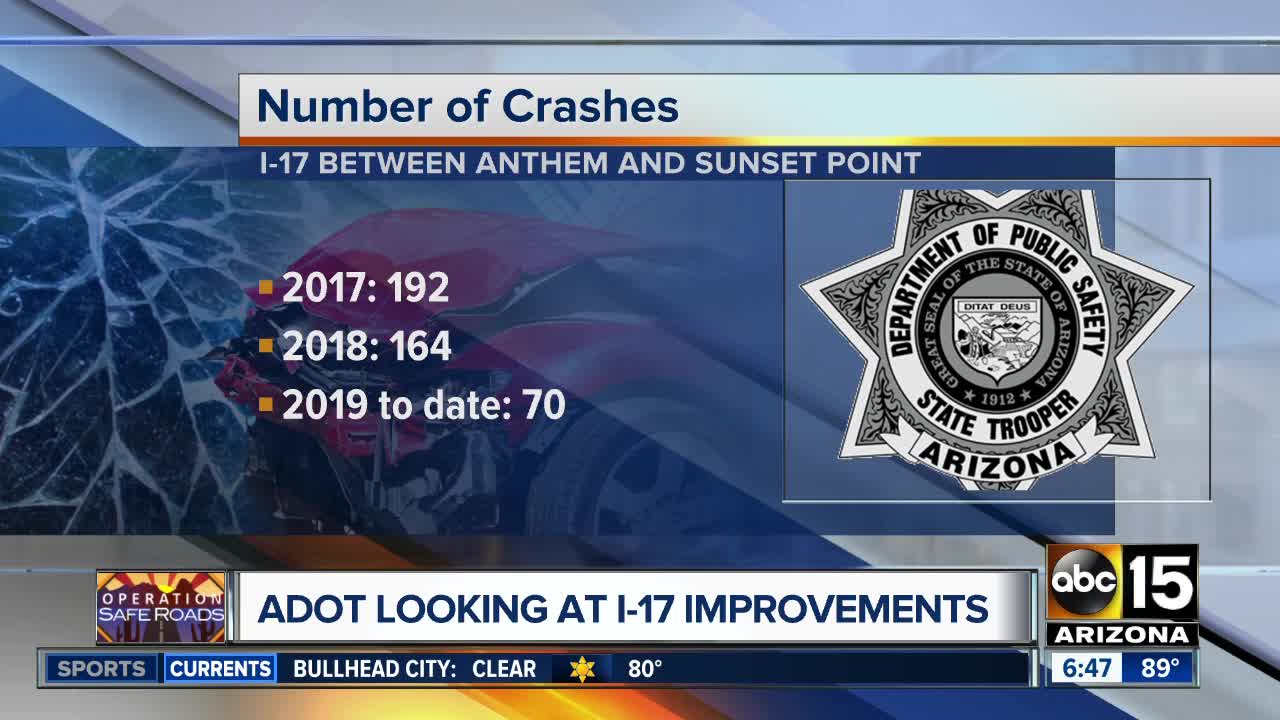 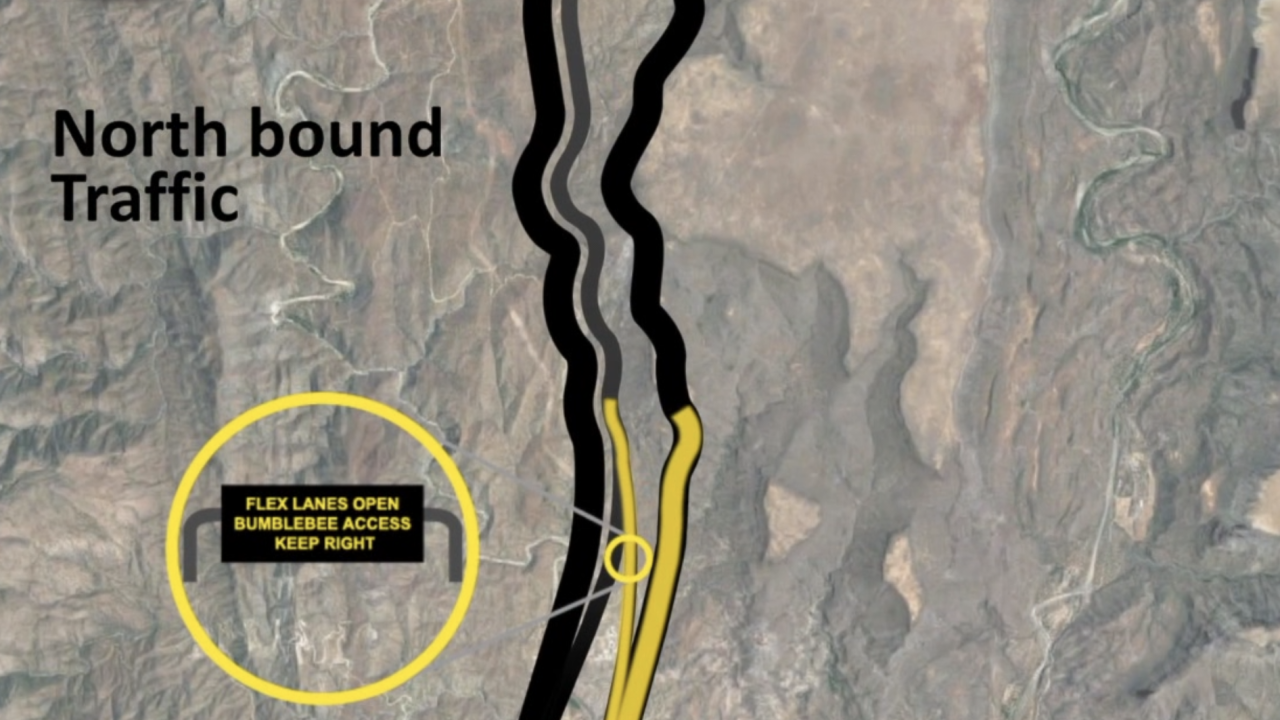 Are you planning on heading out of town for the holiday?

Many people choose to drive up the I-17 north of Black Canyon City for those cooler temperatures in the high country, but that means traffic along the 10-mile stretch to Sunset Point is sometimes at a standstill.

Now we are learning the Arizona Department of Transportation is working on some different roadway options to try to improve the ride.

One of those improvements is the addition of flex lanes.

"It's that climbing area... it's mountainous, it's winding," ADOT spokesperson Doug Nintzel explained. "So, we wanted to find something now that we could do to add capacity along that."

Right now, the I-17 is limited to two lanes in each direction in that area. ADOT believes flex lanes are the first step in helping a crowded commute, giving their crews the ability to add an extra lane northbound or southbound whenever it is needed.

"The example I'm always giving is say on a Friday afternoon... traffic can come to a stop because of the increased traffic volume," Nintzel described. "If you have the two lanes... additional lanes northbound, you're able to move that traffic along on Friday afternoon - vice versa on a Sunday afternoon... folks coming back from the high country. Those lanes would be available for the southbound traffic."

They still have to do an environmental impact study and create a final design. But, they hope to have all of that completed by this summer. Then, ADOT crews plan on breaking ground on construction in 2021.

There will also be a sort-of sister project that will be worked on side-by-side with those flex lanes. ADOT plans on adding a third southbound lane that would go in between Black Canyon City heading toward Anthem.

"Because it will be important that if you're southbound and you have four lanes of capacity from Sunset Point down to Black Canyon City, you don't want all that traffic just going back down into two lanes," Nintzel explained. "So, that's why we're going to be working on a transition third lane along the southbound side of the highway."

ADOT said this will not only help increase traffic flow within those more than 20 miles on the highway, but the departments said safety is also top of mind.

Even though construction would not be completed for a few years, drivers are being asked to improve those roadway conditions this holiday weekend.

"Whether we have the flex lanes or we don't have them, it's important that drivers stay patient out there, make smart moves," Nintzel said. "Slowing down and understanding that they're sharing the roadway with a lot of other people."

These projects will cost more than $190 million that state lawmakers approved into our state budget.