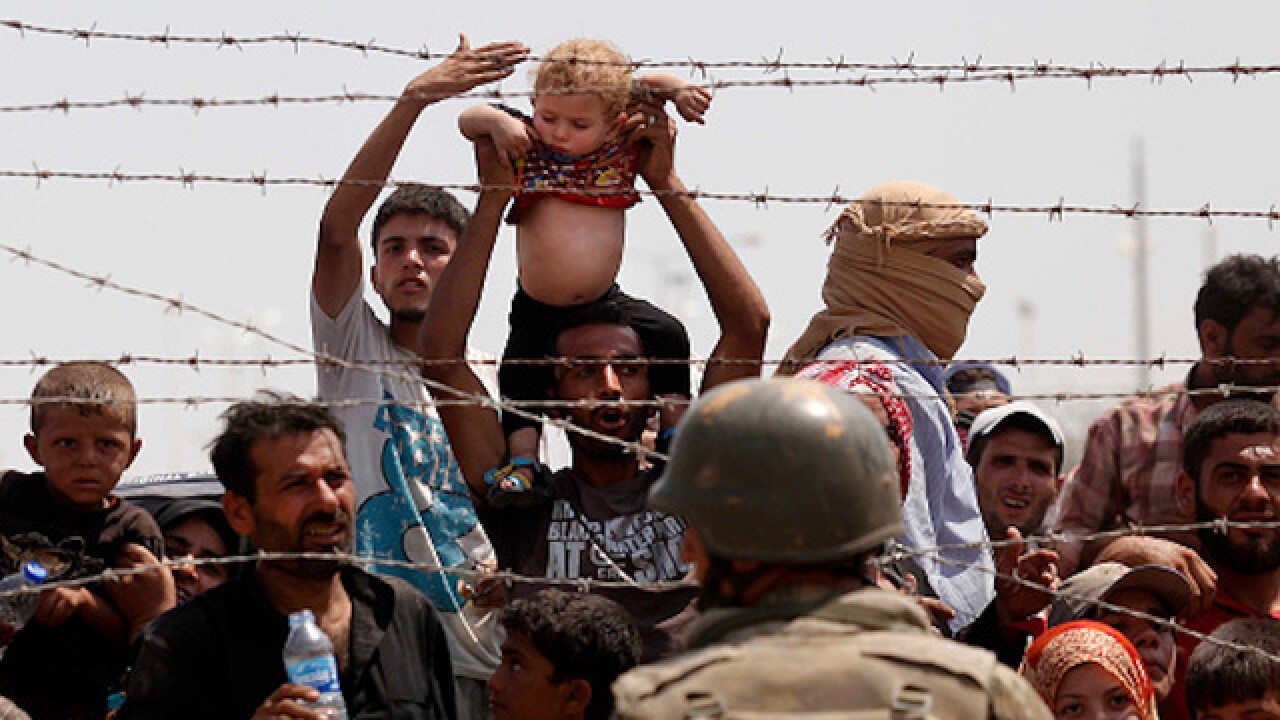 Copyright Getty Images
Gokhan Sahin
<p>SANLIURFA, TURKEY - JUNE 15: Syrian refugees passing on the Syrian side of the border crossing Akcakale, on June 15, 2015 in Sanliurfa province, southeastern Turkey. Thousands of Syrians cut through a border fence and crossed over into Turkey on Sunday, fleeing intense fighting in northern Syria between Kurdish fighters and jihadis. The flow of refugees came as Syrian Kurdish fighters closed in on the outskirts of a strategic Islamic State-held town on the Turkish border.</p>

The president also plans to suspend issuing visas for people from Iran, Iraq, Libya, Somalia, Sudan, Syria or Yemen for at least 30 days, according to the draft. All are predominantly Muslim countries.

Although Trump is expect to sign the documents soon, Trump will not sign executive orders Thursday targeting the refugee program or immigration from terror-prone countries.

The actions follow Trump's orders Wednesday tightening immigration policies, including taking steps toward building a wall on the Mexican border.