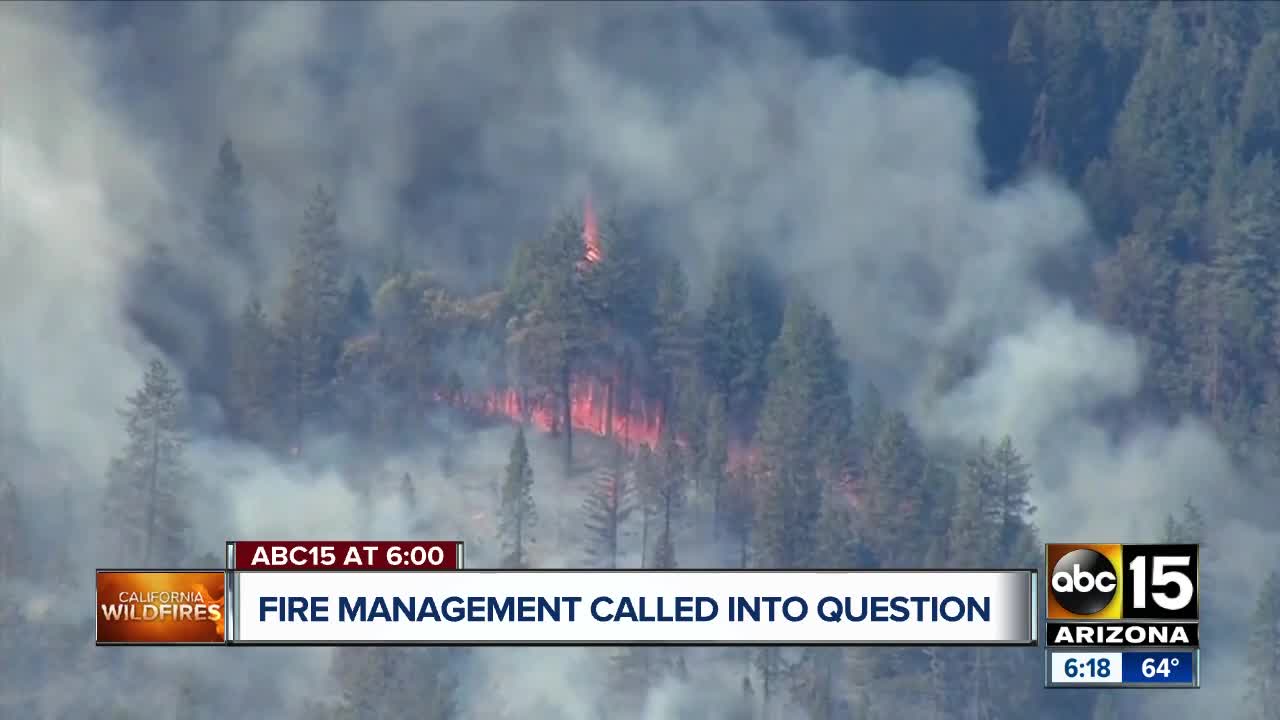 Fire historian Steve Pyne says, contrary to what President Trump said over the weekend, many factors contribute to the fire conditions. 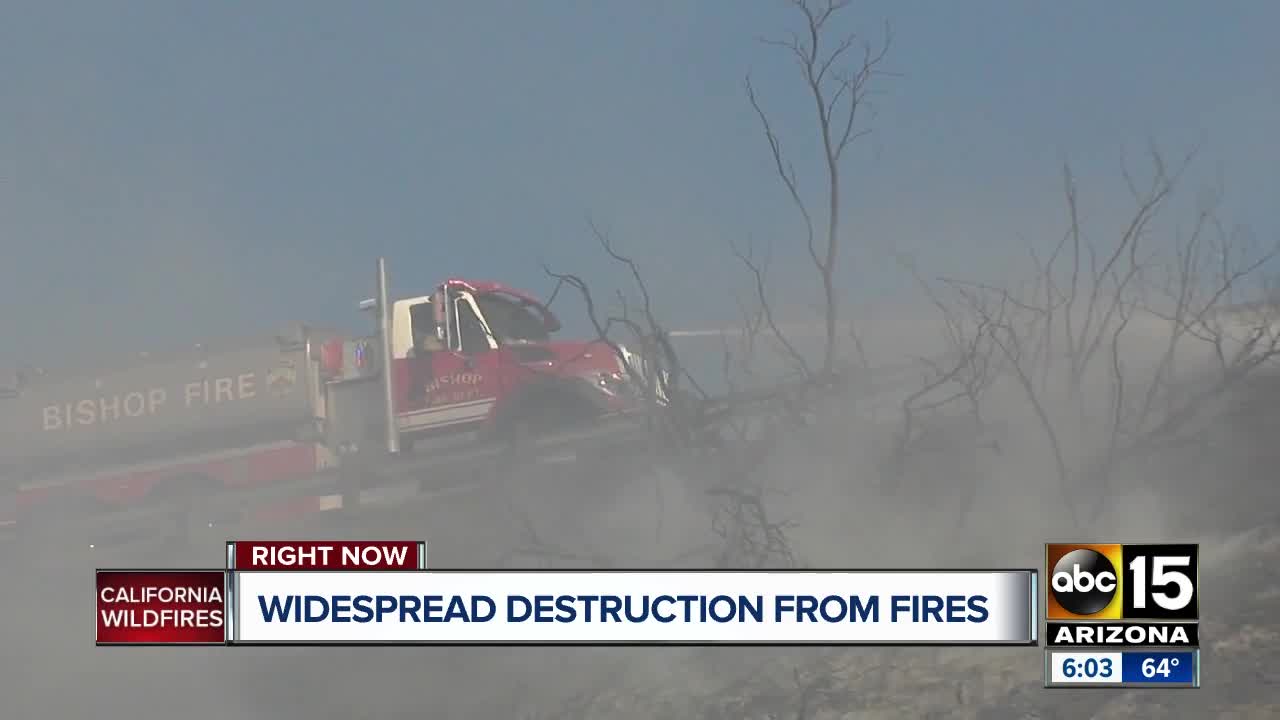 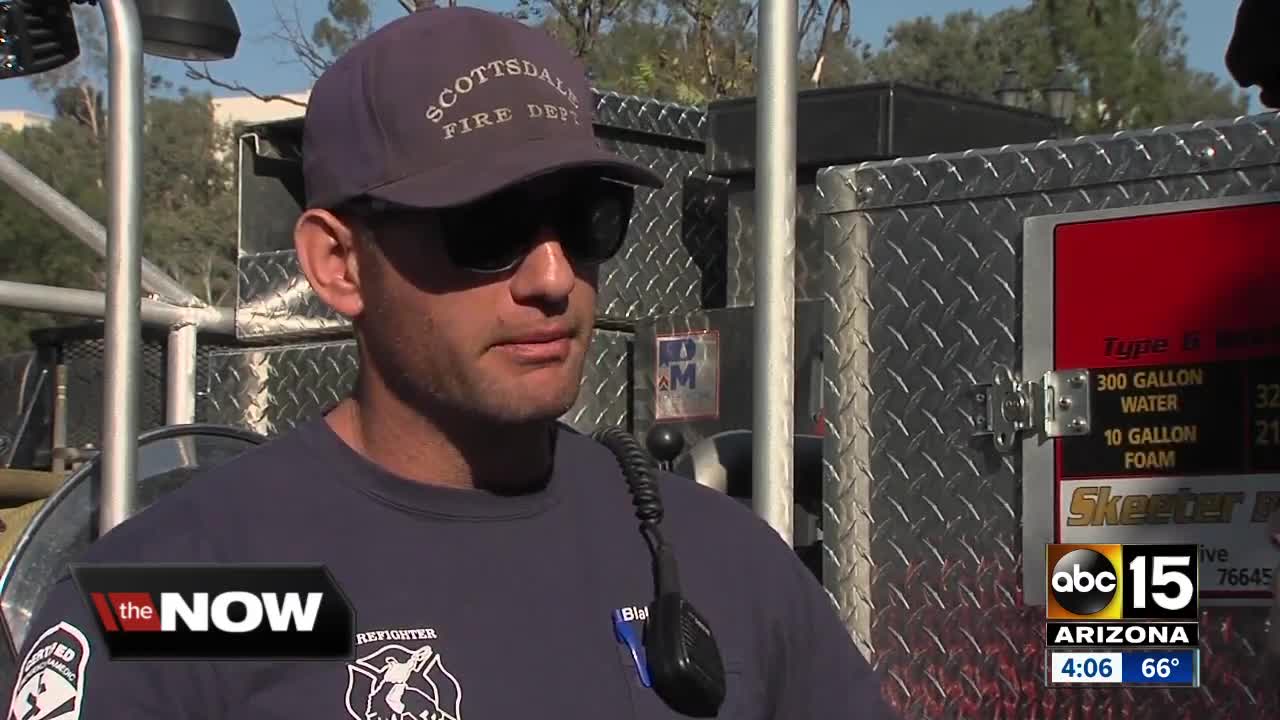 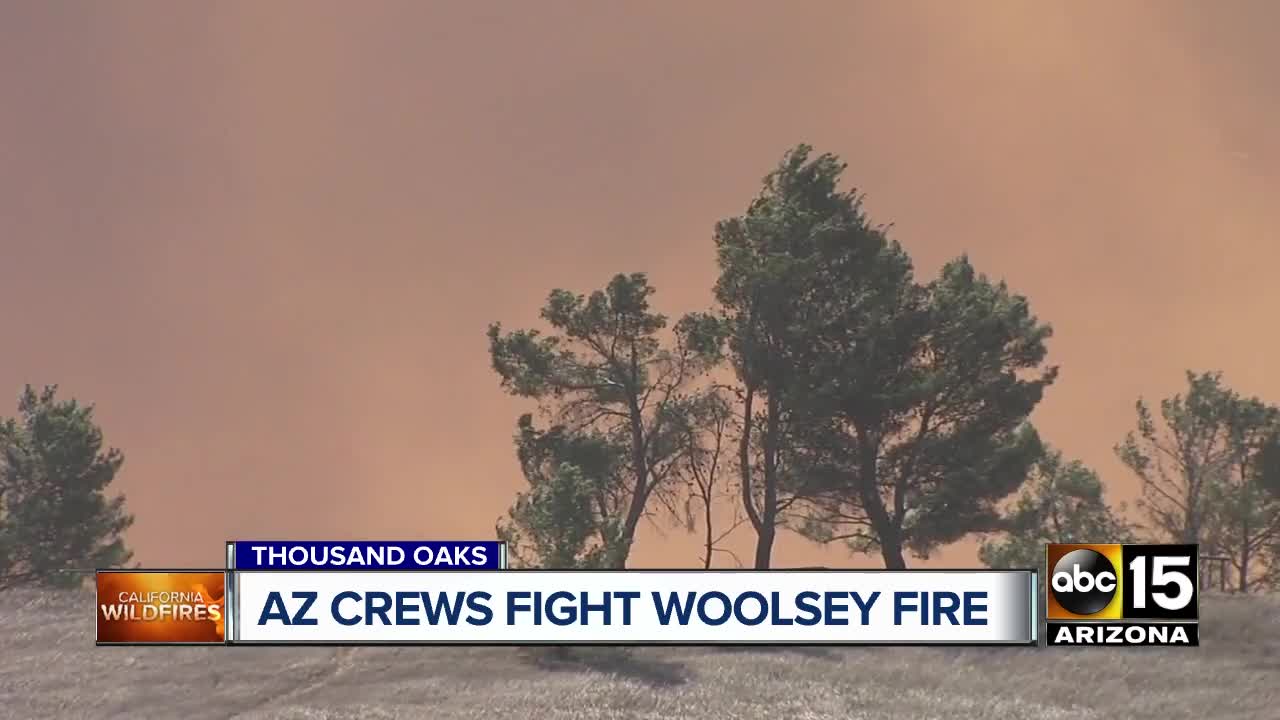 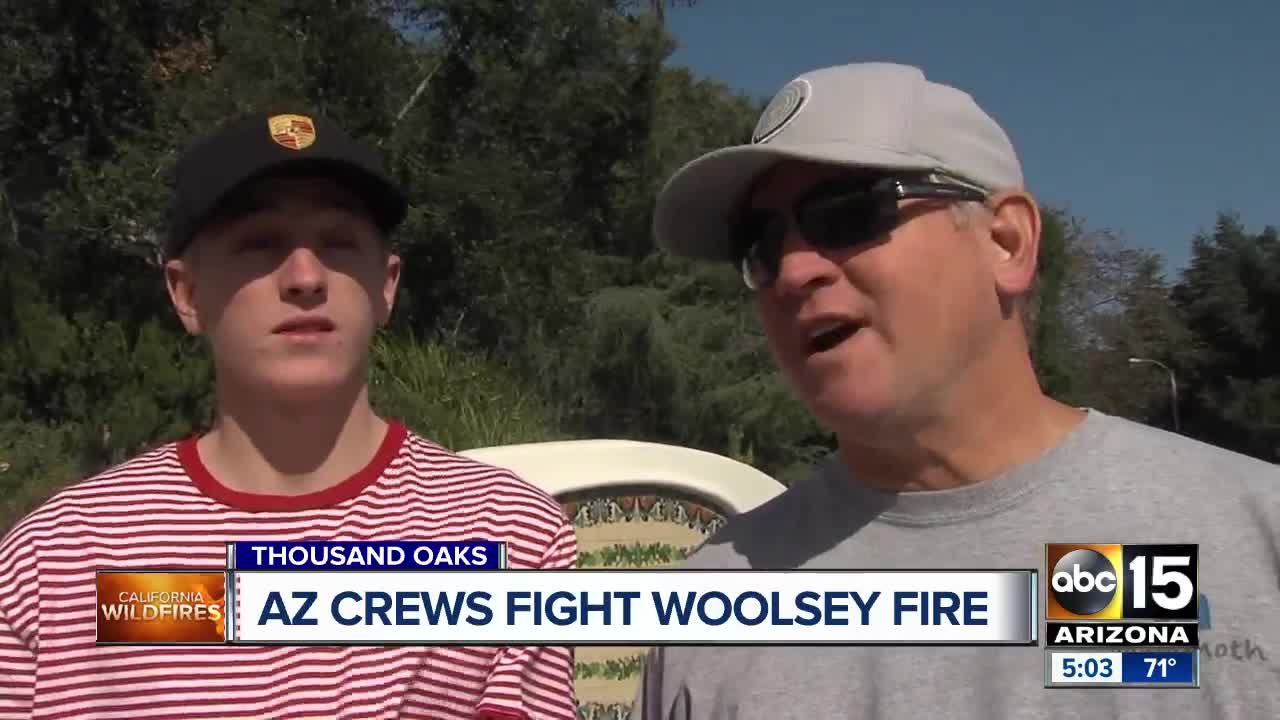 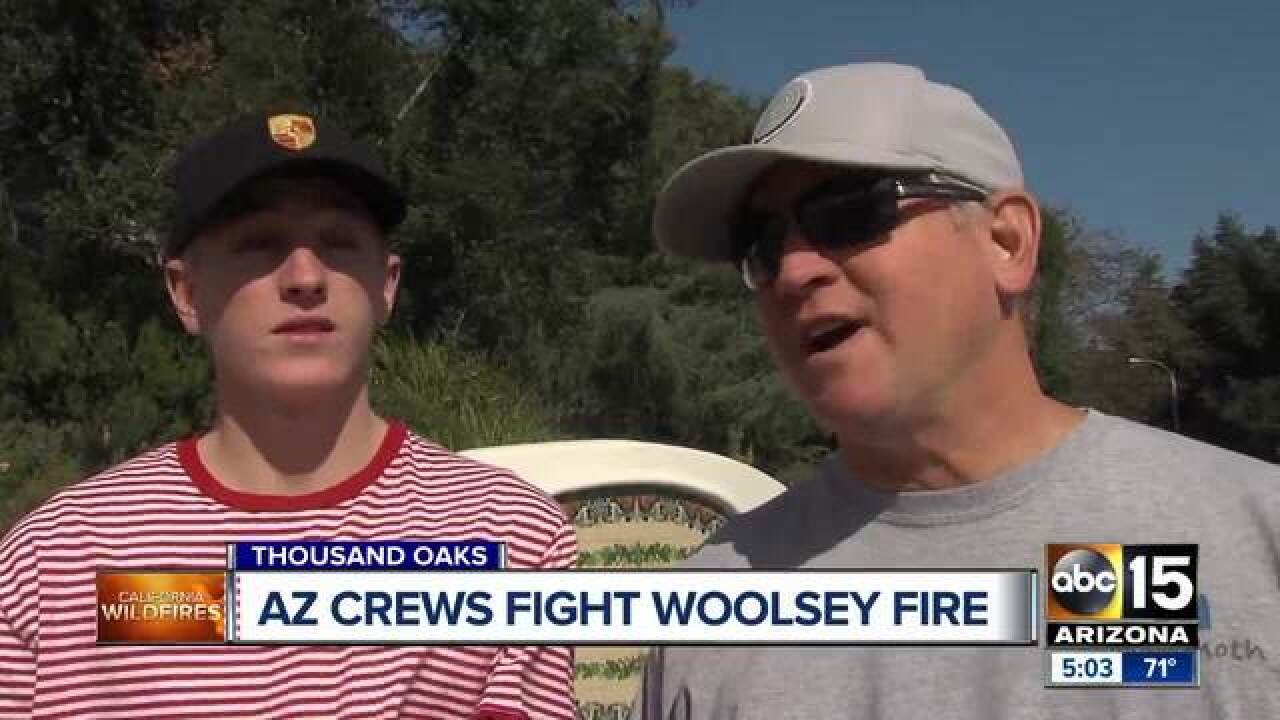 The effort to contain the  Woolsey Fire , burning near Thousand Oaks, California, continued Monday with the assistance of firefighters from many western states.

ABC15 has spent several days following the Scottsdale Fire Department, which is part of an estimated  150 Arizona firefighters  called in to assist with the several fires burning in the state.

It's day one on the job for firefighter Blake Miller, but this isn't his first wildfire - not by a long shot.

"We carry 400 gallons of water. We have foam, saws, hand tools, so we're pretty versatile because we can go where the big trucks can't," Miller said on Sunday of the four-man crew and vehicle the department sent over.

"We could go through burn structures, trying to take out spots before these winds come through. We could be engaged with active fire. We really don't know."

In nearby Newbury Park, Brent Rice and his son along with their neighbors are watching smoke fill a nearby canyon. They evacuated Thursday, returned home Friday, but may have to evacuate yet again, thanks to those almighty Santa Ana winds.

"This area burned five years ago. It came through the ridge there. So yeah, it's a big danger when that wind shifts," Rice said.

On Monday, Miller's team was on hotspot duty, looking out for new flare-ups started by embers of the main fire.

"Everybody is on high alert around here," says firefighter Blake Miller. "The minute they see smoke and flames, we're here to take care of that."

So Miller and the rest of his crew are trying to put out those hot spots before they turn into a potentially dangerous headache.

"That's the concern around these houses - the fuel. And the return potential is high."

For the Schnurr Family, who lives across the street, our Valley heroes are making all the difference.

"It means everything," says Carla Schnurr. "It's really one of the only comforts we have right now is knowing they have our backs."

The Woolsey Fire is proving to be a tough, and unrelenting competitor, killing two people and destroying hundreds of structures in its path.