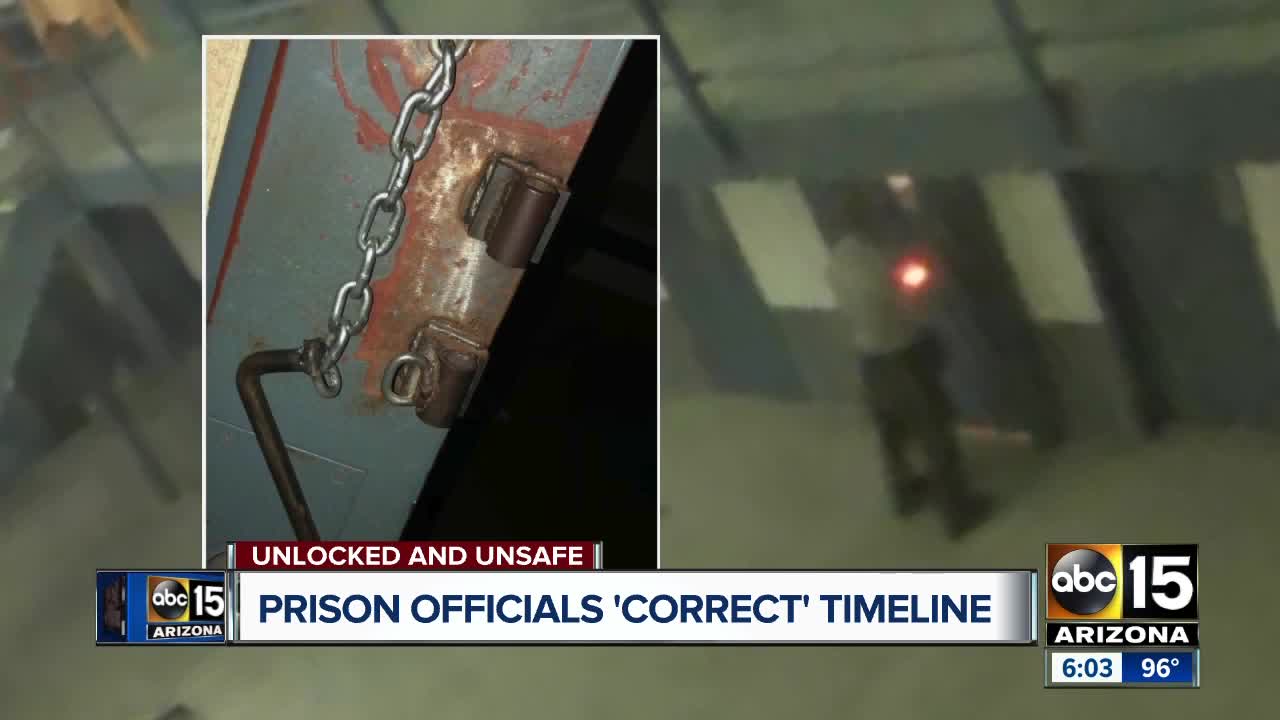 A spokesperson now claims the department learned of the locking problems in November 2017 -- six months earlier than before. 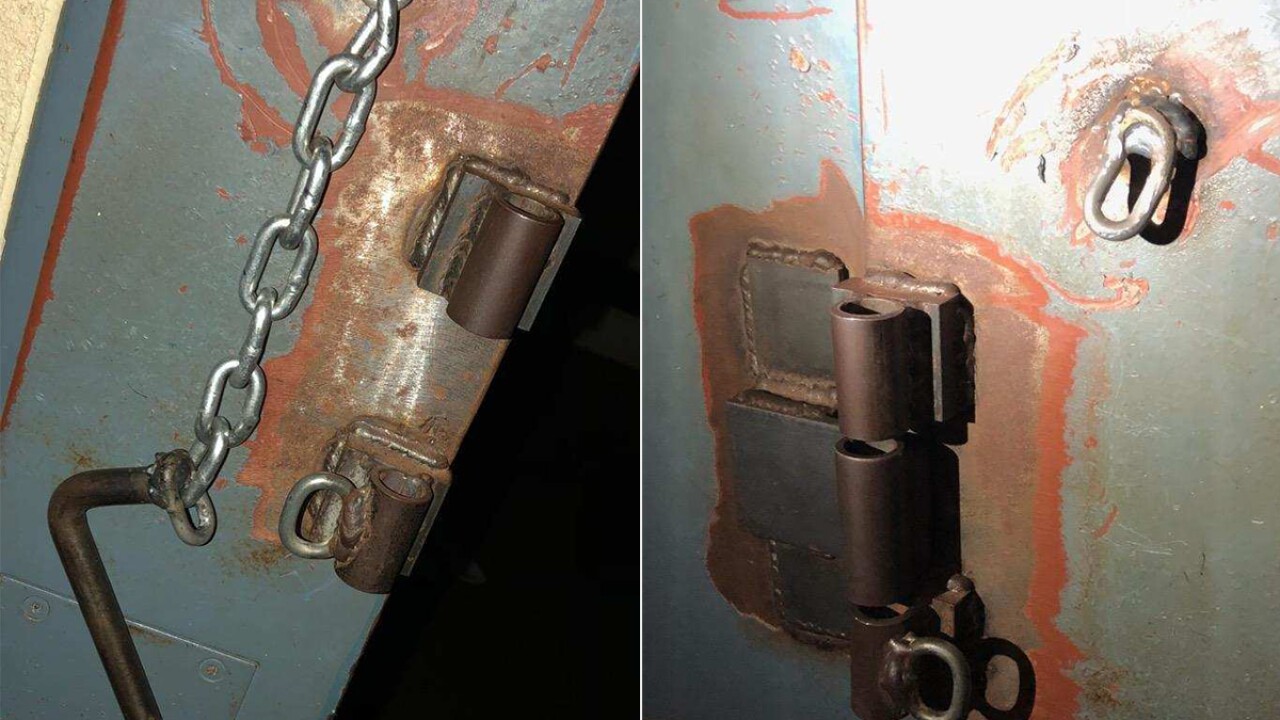 The Arizona Department of Corrections has adjusted the timeline of when it said top officials first learned about cell locking problems inside the Lewis state prison and what they did to try to combat the problem.

A spokesperson now claims the department learned of the locking problems in November 2017 -- six months earlier than before.

Andrew Wilder, an ADC spokesman, sent a “corrected timeline” to the Arizona Mirror earlier this week and later confirmed the new timeline to ABC15.

The new timeline below and other clarifications conflict with statements first provided to ABC15 in the hours before the station broke its investigation on April 25th. Take a look at the ADC's clarifications below:

In addition to changing the dates of officials’ first knowledge and door pinning, the statement also appears to admit for the first time that the cell doors are broken.

The new information cites “cell door malfunctions” as a problem dating back to November 2017.

Before ABC15’s investigation aired, a spokesman said the department blamed the issue squarely on inmate tampering.

“We firmly dispute the contention that doors do not lock at all. Officers assigned to work on the locks indoors report to us that the locks are functional. It's the inmate tampering that causes them to be able to open their doors,” the earlier statement read.

Many officers and inmates told ABC15 that wasn’t true: Inmate tampering of doors was an additional problem on top of cells that didn’t lock.

Sources also said that cells at Lewis prison have had significant locking problems for at least five years.

A retired deputy warden backed up those claims in an interview earlier this month. Doug Schuster said he reported 25 percent of cell doors in the Morey Unit of Lewis prison had locking problems in monthly inspection records 2013 and 2014.

Officers and union officials believe the department’s initial assertion, that problems were solely due to inmate tampering, was an attempt to place blame on front-line officers for not controlling the tampering rather than admit to a massive institutional and administrative failure.

After ABC15’s report aired, Director Charles Ryan ordered the emergency padlocking of hundreds of cells. The move was in violation of state fire codes.

This week, the department is completing the transfer of about 800 inmates from Lewis to other state prisons, sources said.

After sending ABC15 it’s updated timeline, the department did not respond to follow-up questions asking for documentation and other information to support the new dates.