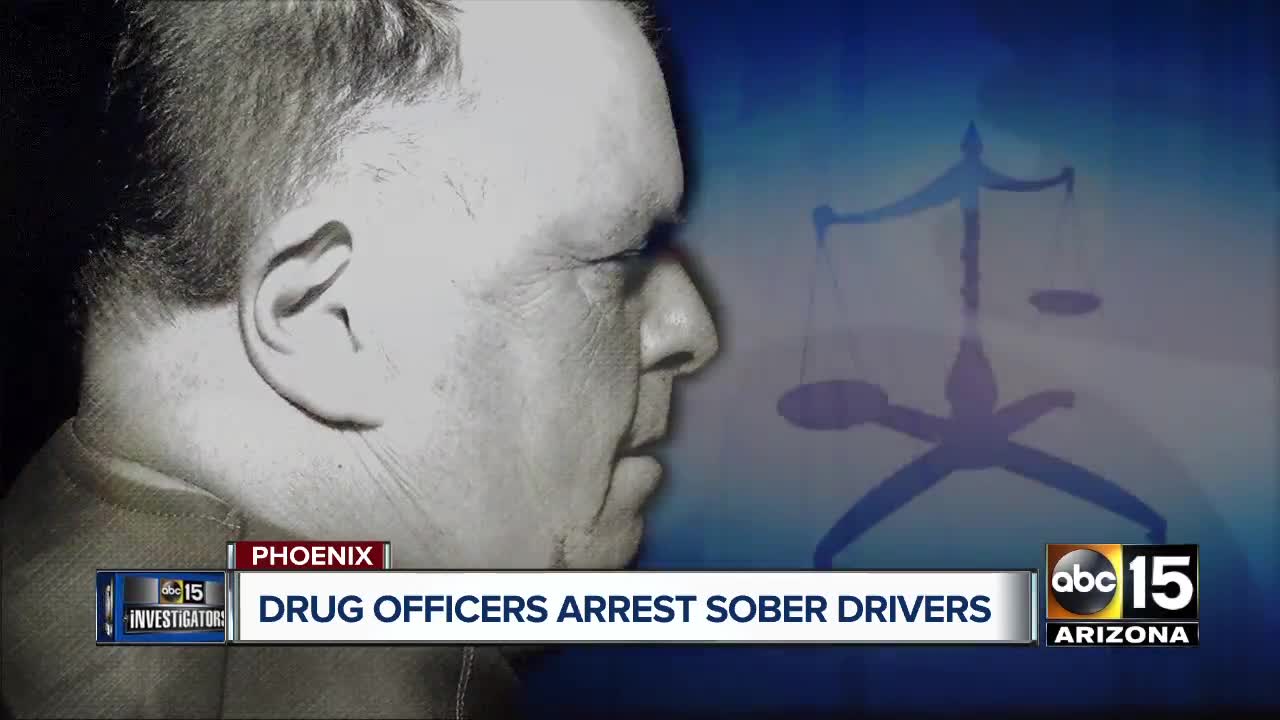 Another Valley resident said he was forced to battle DUI drug charges for months even though a police blood test showed he was sober. 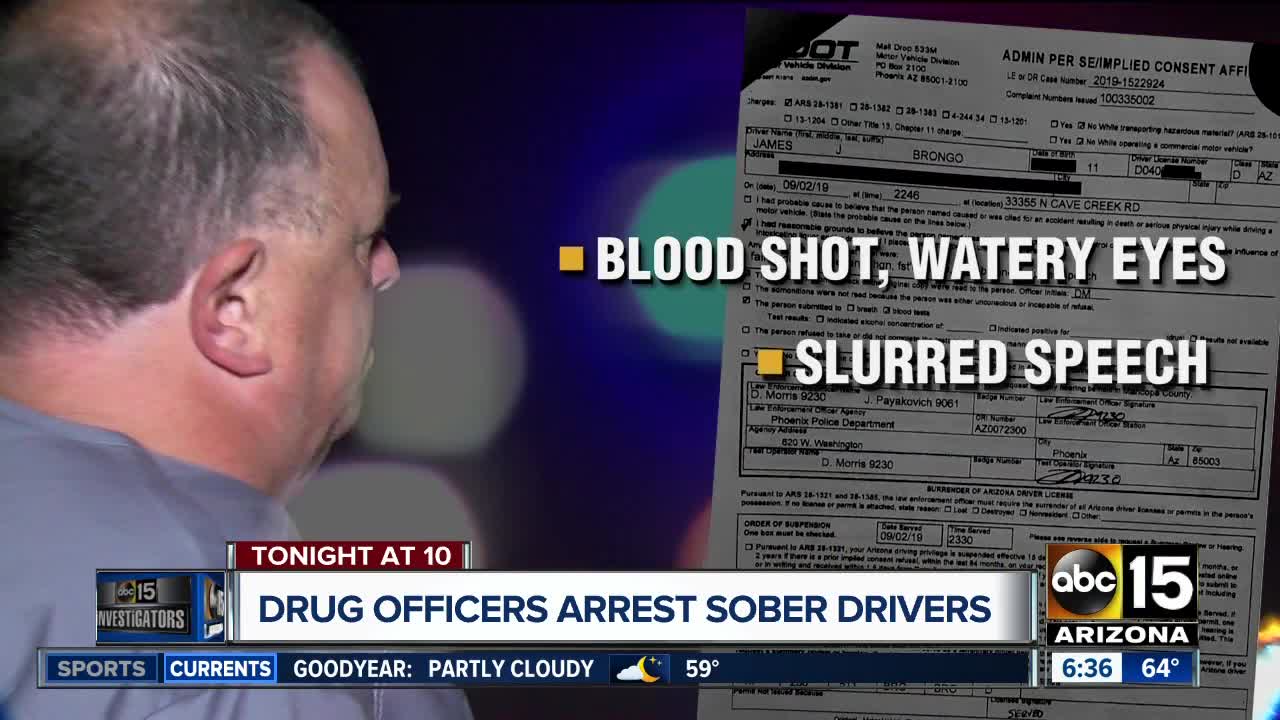 Another Valley resident is telling the ABC15 investigators how he was arrested and charged with DUI in Phoenix, even though blood test results ultimately showed he was sober.

Jim Brongo, 63, was driving home from his job as a home health aide after 10 p.m. on Labor Day. A Phoenix police officer made a traffic stop, which started an expensive, two-month battle for Brongo to prove his innocence.

Officer John Payokovich accused Brongo of drifting out of his lane. "He was saying something, 'You know, you were weaving,'" Brongo said.

A second officer, David Morris, who is a certified drug recognition expert, also arrived on the scene. "They kept asking, 'What medication you're taking?'" Brongo said. "I said, 'I don't take no medication.'"

Brongo said the officers did not want to hear his answers.

Ariel Berry told ABC15 a similar story when a different Phoenix DRE arrested her in July.

According to the police report, Brongo exhibited poor balance on the field sobriety test. "My leg was wobbling,'cause, you know, I had a long day,'" Brongo explained.

The officers noted other evidence: Brongo moved his head too much in an eye exam, and he had bloodshot, watery eyes and slurred speech. Brongo's wife explained Jim always sound like he's slurring, due to his northern New York accent and missing teeth.

The DRE decided he had probable cause to arrest Brongo based on those roadside observations, even though there were no confessions, any drugs discovered, or toxicology test results. The specially-trained officer also never completed a full 12-step drug recognition exam.

"I was falsely accused," Brongo said.

Phoenix Police Sgt. Tommy Thompson said the officers had probable cause to arrest Brongo. "When the drivers elect to not participate in the [DRE] evaluation, they stop the officers from gathering other information, which could prove to be exculpatory," Thompson said. According to the police report, Brongo declined the exam.

A blood test would ultimately prove who was right and wrong, but Brongo would have to wait weeks for the results. In the meantime, the police submitted misdemeanor charges for DUI - impaired to the slightest degree and DUI - drugs.

Brongo hired a defense lawyer and paid a $3,000 retainer. He worried about the arrest costing him his job.

"It's been very frustrating," Brongo said. "I lost a lot of nights sleeping."

"DRE is pseudoscience," Rosenstein said. "It's used to bolster officers when they have a hunch."

Rosenstein chalks up mistaken arrests to both pressure on officers to meet DUI arrest goals and confirmation bias.

"Officers are being regularly told now that 30 percent of drivers are on some medication that could cause impairment," Rosenstein said. "So the rose-colored glasses through which they're seeing the world is that they're almost surprised when people aren't impaired. "

Brongo's blood toxicology test came back negative for all drugs. In the end, he spent thousands of dollars, countless hours, and several sleepless nights for nothing. The Phoenix city prosecutor dropped the DUI charges, but the DUI arrest remains on his record.
"That's traumatizing," Rosenstein said. "I think it creates more of the divide that we're looking to heal between the community and law enforcement."

ABC15 asked the Phoenix city prosecutor and police why wouldn't they wait for blood test results prior to filing charges for in future cases like Brongo's. Both agencies indicated that the blood test is not needed as long as there are other factors that add up to probable cause. In DUI cases, City Prosecutor Kathy Lemke said, "Officers are authorized by law to remove a driver from the road and to immediately issue appropriate charges without prosecutorial review."

"When new information is discovered—such as the results of blood tests—justice demands we take appropriate action," Lemke added, in a written statement fo ABC15.

In fiscal year 18/19, Phoenix Police submitted 2,904 cases for prosecution. About 50 of them were not criminally charged. Another 135 (5 percent) were dismissed by the prosecutor's office due to a lack of evidence, according to Lemke's spokesman.