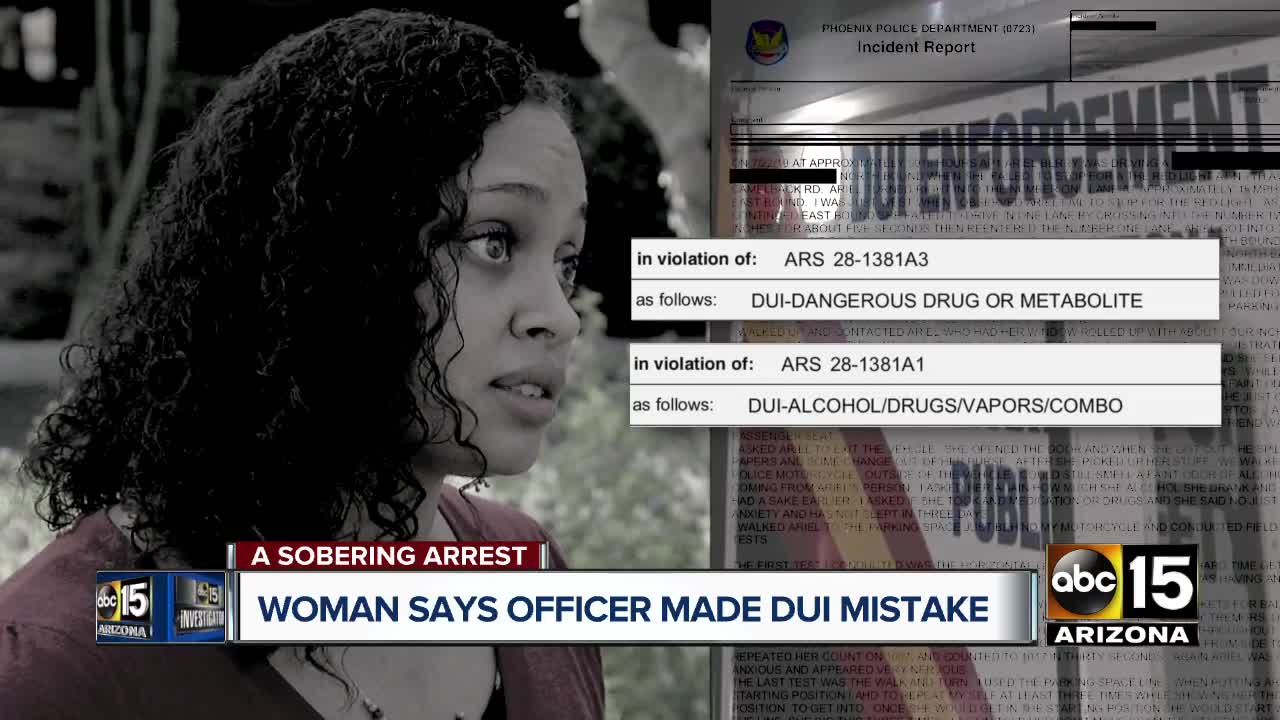 A Valley woman has filed a complaint against the Phoenix Police Department after she says an officer wrongfully arrested her. 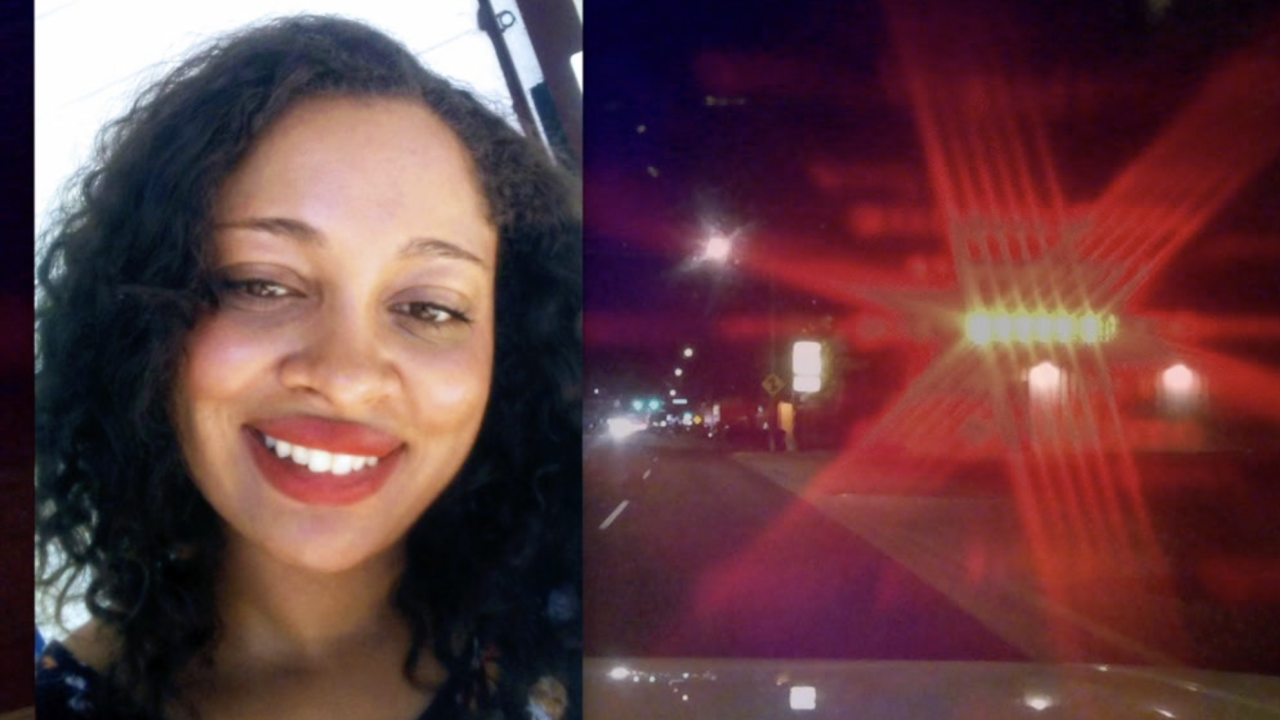 A Valley woman has asked Phoenix police to improve training after she says she was mistakenly arrested for driving under the influence.

An officer pulled over Ariel Berry, 29, on July 22 in central Phoenix. She was out late picking up food with her boyfriend as he was giving directions back to his home.

"This cop came out of nowhere and started screaming on an intercom to pull over," Berry said.

She first stopped in the road, then pulled over in a business parking lot. That is when Phoenix officer Steve Reeves approached the car. Berry described him as having an intimidating attitude.

"I try not to panic, but I'm already shaking," Berry said.

Officer Reeves ticketed Berry for an unsafe lane change, an improper turn, and a red-light violation. In his report, he also noted a faint odor of alcohol was coming from the car. That was when he started to conduct a sobriety test.

Berry told the officer she had severe anxiety of men and cops. That is what she said started a panic attack. She requested that a female officer to come to the scene. The officer noted Berry's anxiety nine times in his report, and he wrote about having "a hard time" getting her to complete the roadside sobriety test. Instead of a female officer, more male officers arrived. At one point, Berry even asked Officer Reeves to hold her hand to help calm her.

"It was a really awful experience," she said.

Berry admitted to the officer she had "a sake" four hours prior to the traffic stop. The breathalyzer test indicated her blood alcohol content was .02, which is well below the legal driving limit of .08. Per Phoenix police policy, officers cannot arrest you if you blow less than a .05, unless drug intoxication is suspected.

"He repeatedly asked me, 'Are you on drugs? Have you been taking pills prescriptions?'" Berry recalled. "I said, 'Officer, I've never done drugs in my life. I'm just very tired. It's the middle of the night. I'm scared of you because you're a man and you have a gun.'"

Berry, who had no prior criminal record, was arrested and charged with a DUI for both drugs and alcohol.

She was charged with misdemeanor DUI in Phoenix Municipal Court. She said that was especially concerning because it could affect her employment as a school behavioral specialist.

When Berry's blood test came back, it showed negative results for all drugs tested. Her BAC was .01. Nearly 2 months after her arrest, a judge dismissed the DUI charges and closed the case. Berry completed traffic school for the traffic violations and worked to get her driver's license back. Berry said she had to take days off work and spend hundreds of dollars to fix the officer's mistake. Plus, she still has the DUI arrest on her record.

The ABC15 investigators reached out to the Phoenix City Prosecutor's Office to get more information on how misdemeanor DUI cases are handled citywide. The office returned information for the last three fiscal years (FY2106-2017, FY2017-2018, FY2018- 2019). During that three-year period, 8,482 DUI cases, including 1,150 involving drugs, were referred by police for prosecution. The prosecutor declined to charge in 112 cases and dismissed 402 cases for lack of evidence. Combined, six percent of all DUI cases presented to the Phoenix City Prosecutor's Office were either not charged at all or later dismissed for lack of evidence.

Defense attorney Russ Richelsoph is not affiliated with Berry's case, but he has other clients with bad DUI busts. He said officers can get tunnel vision.

A Phoenix police spokesman would not comment about the case because Berry has filed a complaint against the police department.

Berry said she is still upset about what happened, but she does not want the officer to get in trouble. Instead, she wants more training for police on crisis prevention, like what she undergoes as an educator.

"I don't know why cops don't have the same training," Berry said. "Shouldn't you approach people kindly? Because irrelevant of why you're pulling them over, you're the one with all the power."