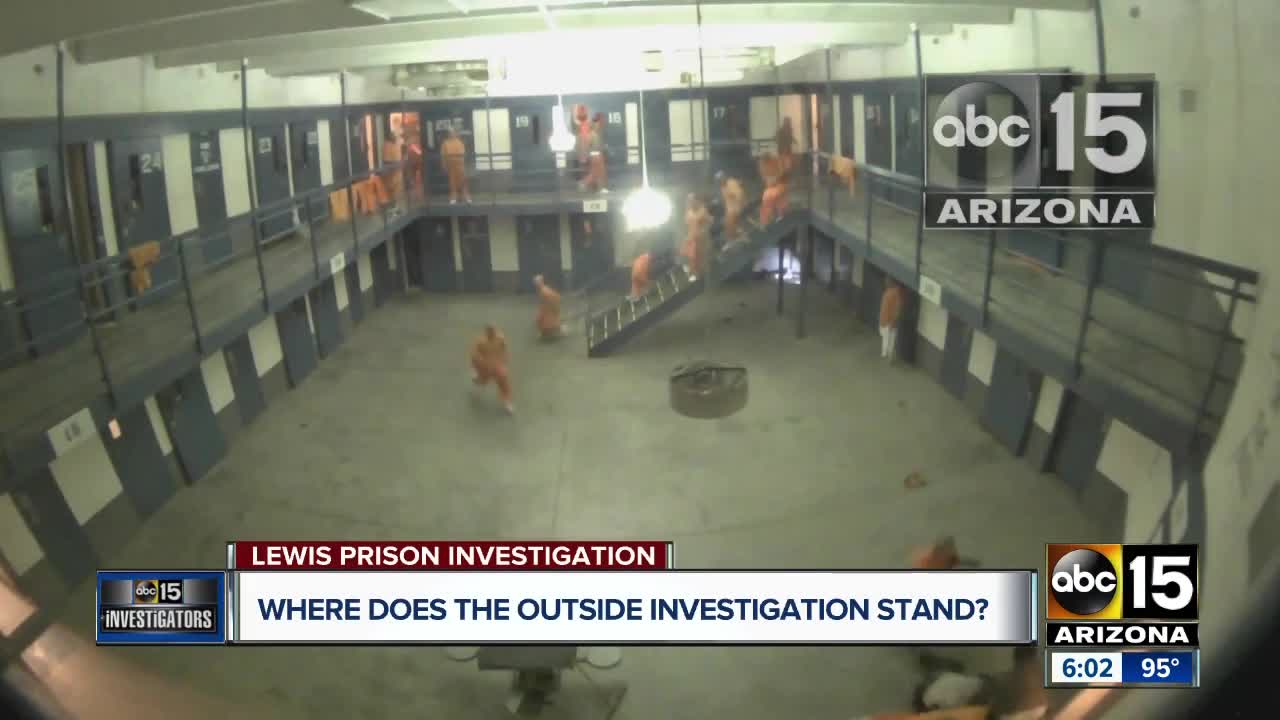 BUCKEYE, AZ — The two retired Arizona Supreme Court chief justices tapped by Governor Doug Ducey to investigate the Department of Corrections over broken cell locks in April have not yet signed a contract or finalized the scope of the probe.

Despite a completed agreement, Rebecca Berch and Ruth McGregor have started investigating the problems at the Lewis prison and collecting documents, officials said.

The delay in officially finalizing the contract and setting the scope of the investigation raises concerns for union officials.

“The corrections officers working in those deplorable conditions expected a swift, sure, and competent response from ADC management and elected officials,” according to a statement from the Arizona Correctional Officers Association. “The Governor’s Office promised an investigation to include an outside prison expert. It has now been over a month. No expert has been hired. The two justices have not been hired. The investigation has obviously not begun. AZCPOA deplores this lack of urgency when the lives of officers and inmates are clearly in jeopardy.”

On April 30, Ducey announced Berch and McGregor were hired to conduct an independent, third-party investigation into matters of security at the Arizona Department of Corrections.

In an official announcement, the Governor’s Office said, “As part of the investigation, Justices Berch and McGregor will provide an assessment of problems related to cell locks at Lewis Prison, including the cause of tampered locks and action taken by ADC to address the situation, and will make recommendations regarding any changes in policy, procedure or operations they deem appropriate.”

Ducey said there was no excuse for what happened, and the state needed to make sure a situation like this never happened again.

In a statement Monday, the Governor’s Office said, “We want all the facts and to make sure a situation like this never happens again. That's why the governor initiated this independent investigation being conducted by former Supreme Court Justices Ruth McGregor and Rebecca Birch. The investigation is in process, and we will provide more details as they become available.”

In April, an ABC15 investigation exposed leaked surveillance videos proving many cell doors inside the Lewis prison don’t properly secure, leading to severe assaults against inmates and officers. At least two inmate deaths are being blamed on the broken doors.

A specific type of slider door used in three units of Lewis prison either failed to lock properly or could be easily tampered with, allowing inmates to open and close their own cells.

A spokesman told ABC15 there are 1,857 of those specific doors in two Arizona prisons: Lewis and Yuma.