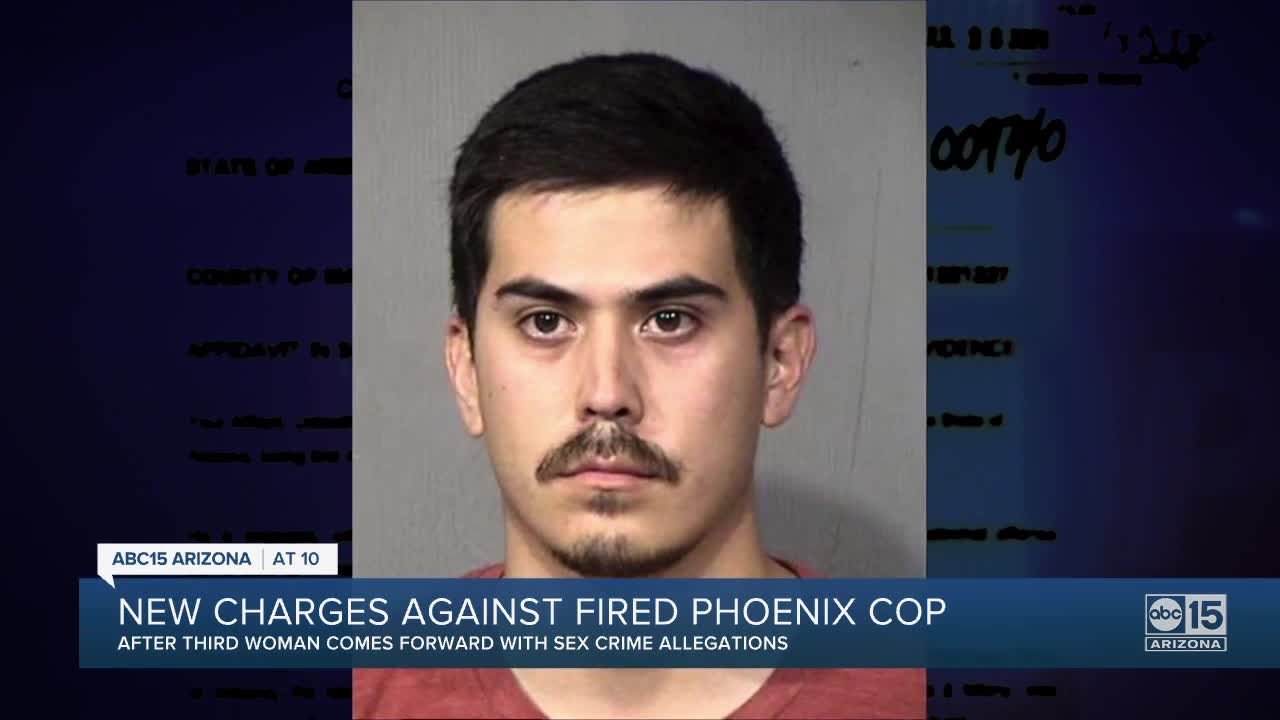 A third victim has come forward claiming former Phoenix Police Officer Sean Pena sexually abused her while he was on duty.

A third victim has come forward claiming former Phoenix Police Officer Sean Pena sexually abused her while he was on duty.

According to a search warrant affidavit, then-officer Sean Pena met the victim during a family dispute call on August 5, 2019. The woman said she was walking home from the store that night when she saw Pena again. According to the affidavit, Pena called her over to his squad car, grabbed her hand, and placed it on his exposed genitalia.

The woman told investigators Pena also called her on the phone and told her to meet him in a vacant lot near 16th Street and Broadway Avenue in south Phoenix. The woman said she felt she could end up dead if she didn't do what Pena told her.

RELATED: Officers are rarely charged with crimes for actions on duty

Investigators said Pena's car tracking system showed he was at the same locations, at the same time as the woman described.

Earlier this summer, Pena was fired after being indicted on charges of sexual assault and sexual conduct involving two other women in 2018 and 2019. He is accused of using his position as a police officer to force or engage in sex acts in his patrol car with two other victims.

The first victim made a report shortly after her alleged assault in August 2018, but Phoenix police said they did not have probable cause to move forward with the case at that time.