Officers are rarely charged with crimes for actions on duty 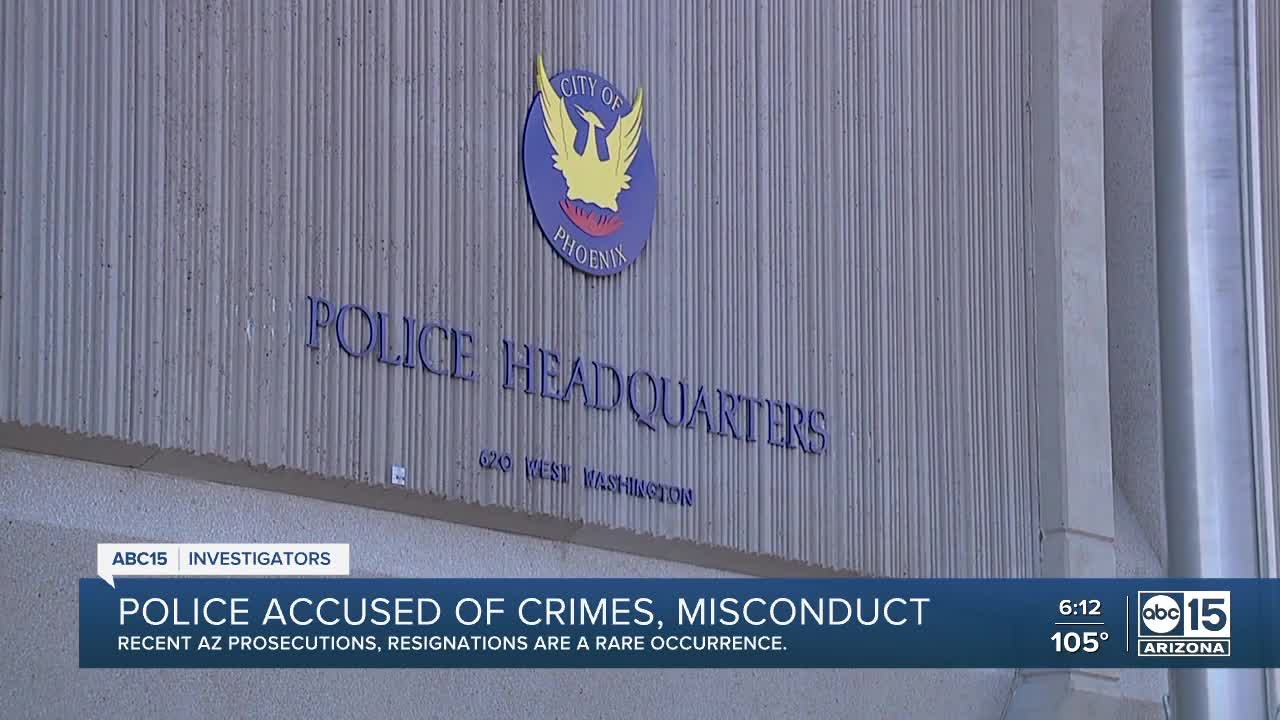 Mesa Officer Nathan Chisler was charged with aggravated assault for shooting an unarmed man during a December 2019 police call.

Phoenix Officer Sean Pena was indicted for one count of sexual assault and two counts of unlawful sexual conduct. He’s accused of sexually victimizing two women while on duty in 2018 and 2019.

In the month since the in-custody death of George Floyd in Minneapolis, protesters nationwide have demanded less violence from police and more accountability. Civil rights leaders are taking a wait-and-see approach after hearing about the prosecutions.

“For us, this is a political ploy to try to seem that they’re responding to this moment,” said Viridiana Hernandez, executive director of Poder in Action, an organization dedicated to stopping police misconduct. “Whatever the reason might be, in order for these things to actually change, this can’t be a one-time thing.“

In addition to the Valley cases, Tucson’s police chief offered to resign Wednesday. Chief Chris Magnus admitted his department failed to be transparent or conduct a timely review of the in-custody death of Carlos Ingram-Lopez in April.

Three Tucson officers already resigned, in lieu of being fired, for their roles as Ingram-Lopez died.

“All of this really impacts some of our most vulnerable communities: people of color, women, young people, queer people,” Hernandez said. “That’s who is experiencing this violence the most.”

Phoenix Law Enforcement Association President Britt London did release a brief statement saying, “We believe in the criminal justice process and are hopeful that this case will be adjudicated with a fair application of law.“

Phoenix Sgt. Tommy Thompson did agree to an interview. ABC15 asked why would Officer Pena be returned to work alone on the streets after the first allegation of rape in 2018?

“We can’t just work on, well, if there is a suspicion; we have to go on the facts that we have,” Thompson said. “There was not probable cause that occurred at that time, and we do follow the process. We need to make sure that we’re certain on those things.“

After the second sexual assault allegation in 2019, Pena was put on paid administrative leave. Sgt. Thompson said it could be a few more weeks until a final decision comes on Pena’s termination.

“There are a handful that, if she finds out they acted inappropriately and there’s misconduct, she moves to terminate them and or discipline them as the situation calls for,” Thompson said.