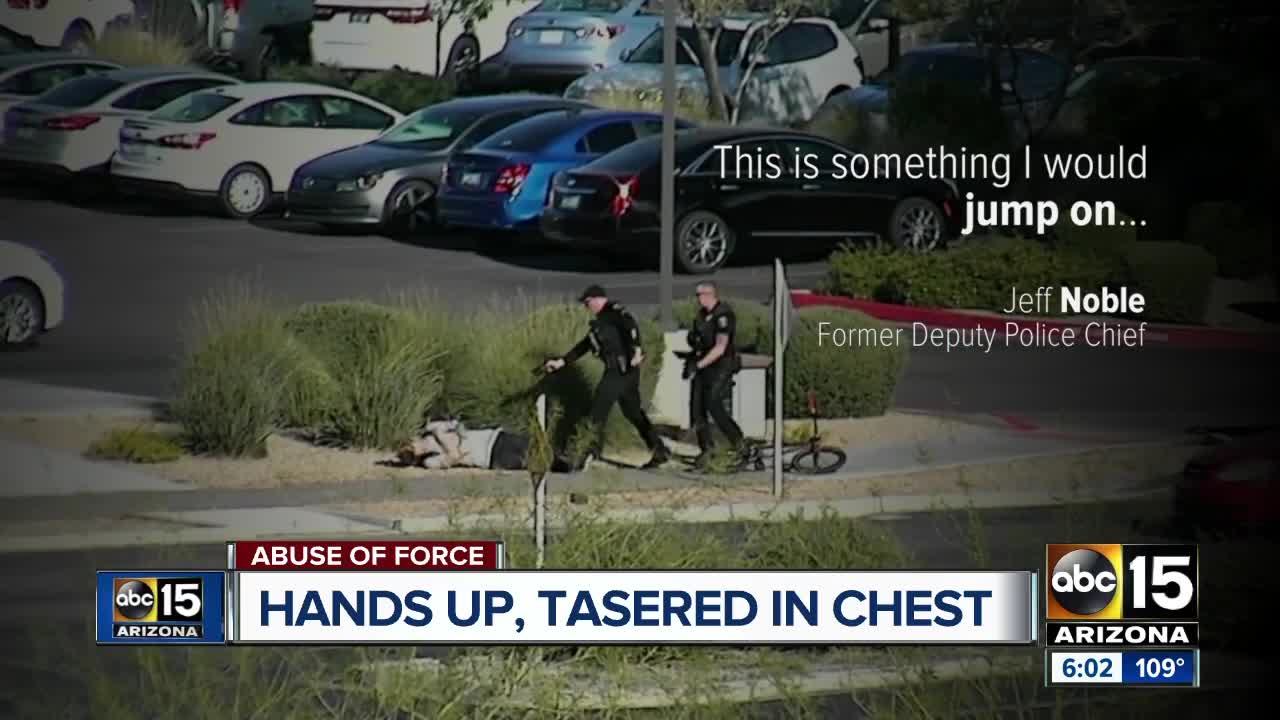 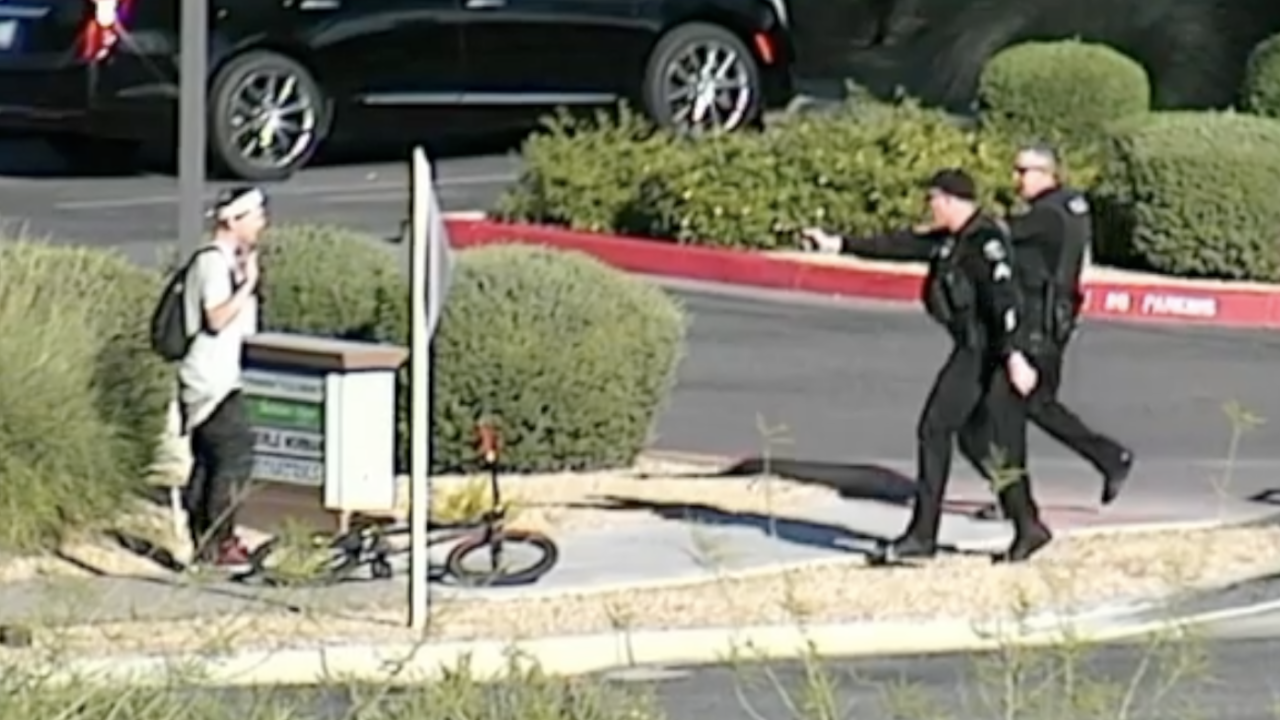 But it didn’t matter to a Glendale police Sgt. Aaron Aldridge, who nearly immediately pulled the trigger of his taser, hitting 24-year-old Hurst straight in the chest, according to surveillance video.

Experts said the sergeant’s actions were excessive and are another troubling case of use-of-force inside Glendale police. The department is still reeling after an ABC15 investigation earlier this year that exposed body camera footage of officers tasering a man nearly a dozen times, including once in the groin.

The surveillance video was sent to ABC15 anonymously in the mail.

The footage is captured from a security camera at Arrowhead Town Center overlooking the mall’s northeast parking lot and has a timestamp showing December 5, 2018.

Police stopped Hurst as part of a bait bike sting operation in a partnership with the mall. On the video's timeline, there's a note that says "bike theft."

The video lasts 5 minutes and 49 seconds.

It begins with the security camera panning back and forth across the mall’s parking lots. About 90 seconds into the clip, the camera moves and focuses in on a person riding a bike through the parking lot.

The camera continues to follow Hurst as he rides out of the parking lot and onto the sidewalk across the street from the mall.

About 2 minutes and 30 seconds into the video, a Glendale police SUV pulls in front of Hurst. Two officers quickly exit the vehicle and walk toward the suspect.

He drops the bike and immediately raises his hands.

The officers approach, with Aldridge pointing his taser at the man’s chest. In less than five seconds, Aldridge fires a taser into his chest.

Hurst clutches his chest and stomach and falls straight back. Officers then roll him over and handcuff him.

Hurst pleaded guilty to a misdemeanor theft charge. He couldn't be immediately reached for comment.

Glendale police did not provide a comment regarding the incident. But in an email, a spokesperson wrote that Glendale police command staff determined that Aldridge’s use of force violated policies.

Aldridge was not suspended. Instead, he was required to be re-trained on taser and use-of-force policies.

Based on the surveillance footage, Noble said the officer’s use of his taser was excessive and not justified.

“(The suspect) is compliant. He’s giving up,” he said. “Now we don’t hear what the commands are from the officer. We don’t know what he’s saying. At the same time, we don’t see the type of indicators that would lead a reasonable officer to use a taser on somebody.”

According to Glendale Police Department policies, “Tasers should be used only against subjects who are exhibiting active aggression (physical intimidation) or who are actively resisting.”

In the video, Hurst also takes a couple short steps backward. However, Glendale’s policy adds that “fleeing should not be sole justification for Taser deployment.”

Noble said the Hurst’s small steps back actually make the taser use even less justified.

“The fact he takes a step back is actually more important because if he had taken a step forward toward the officer perhaps they could have perceived that as a threat,” Noble said.

He added, “Again, we don’t see that. We see the opposite. He’s in this give-up mode.”

Noble was one of multiple law enforcement experts ABC15 asked to review a previous use-of-force incident involving Glendale officers for an investigative report earlier this year.

In that case, officers pulled over a car for an alleged blinker violation in mid-2017. Police ended up tasing the passenger in the car, Johnny Wheatcroft, nearly a dozen times.

At the end of the incident, Wheatcroft was handcuffed lying face down, when Officer Matt Schneider kicked him in the groin and pulled down his athletic shorts to taser him a final time in his testicles, according to a federal lawsuit and body camera footage obtained by ABC15.

Independent experts said the officers’ conduct in the 2017 incident was unlawful, potentially criminal, and one of the most cruel and troubling cases of police misconduct they’ve ever seen.

Records and video also show it’s likely that Schneider lied about the nature of the traffic stop, Noble said.

Glendale suspended Schneider for three days for the incident, and the Maricopa County Attorney’s Office declined to prosecute.

But after ABC15’s report, the FBI opened an investigation, which is still ongoing, court records show.