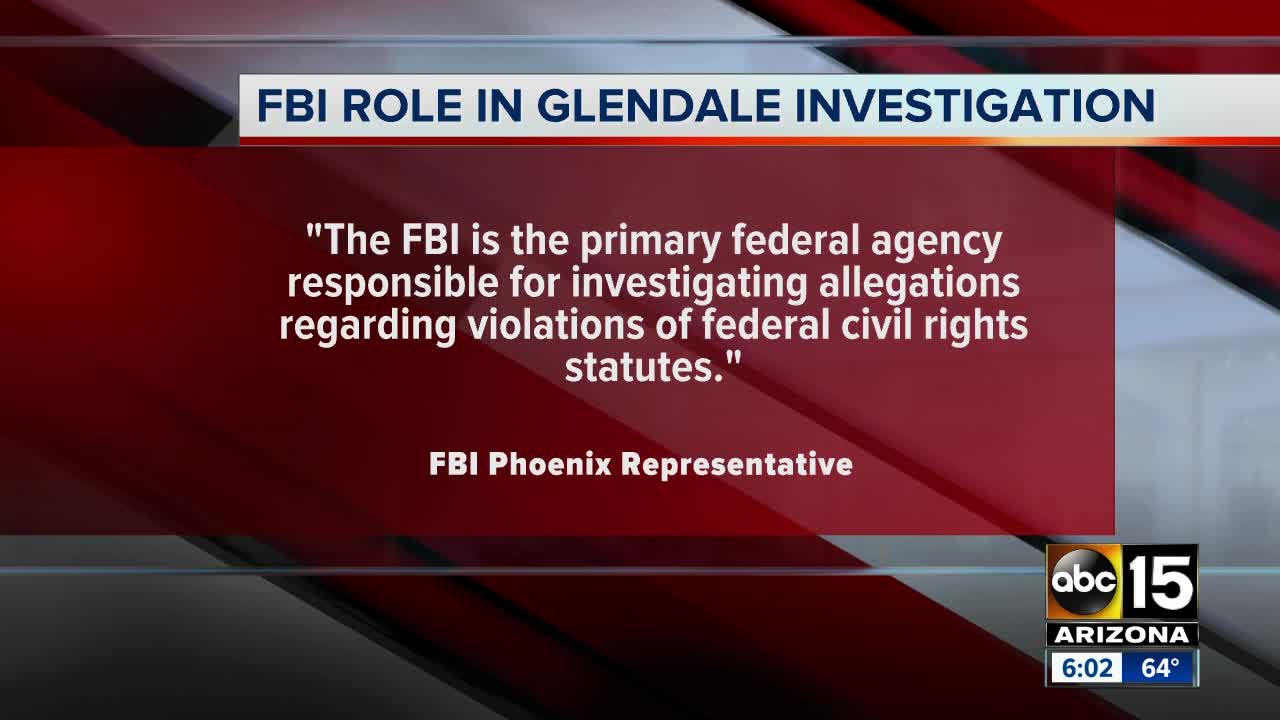 The review will look at possible civil rights violations and whether the officers' actions were appropriate. 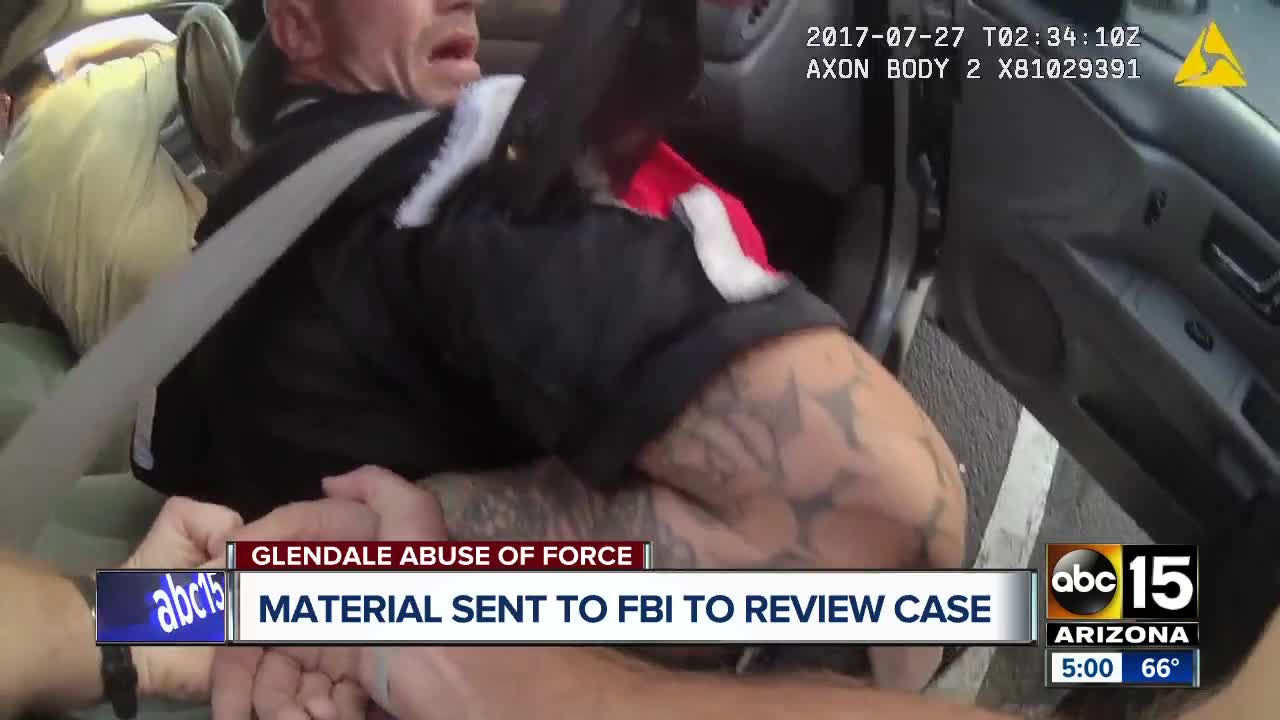 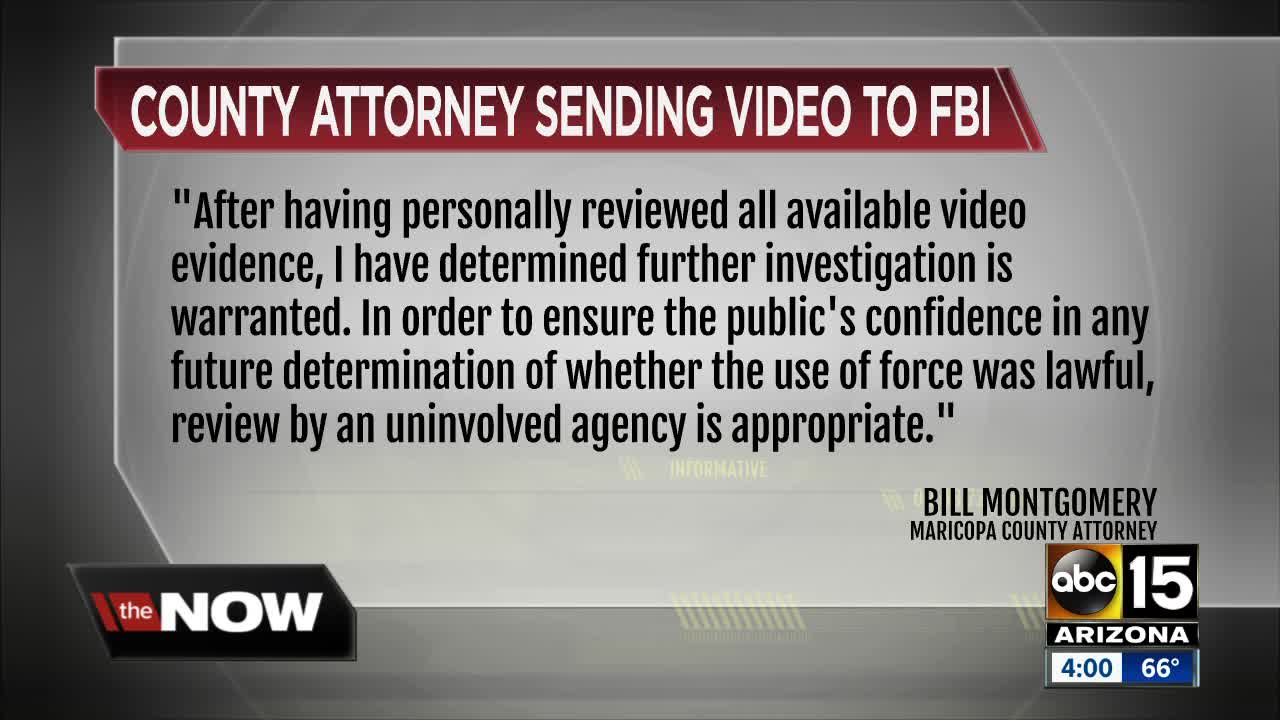 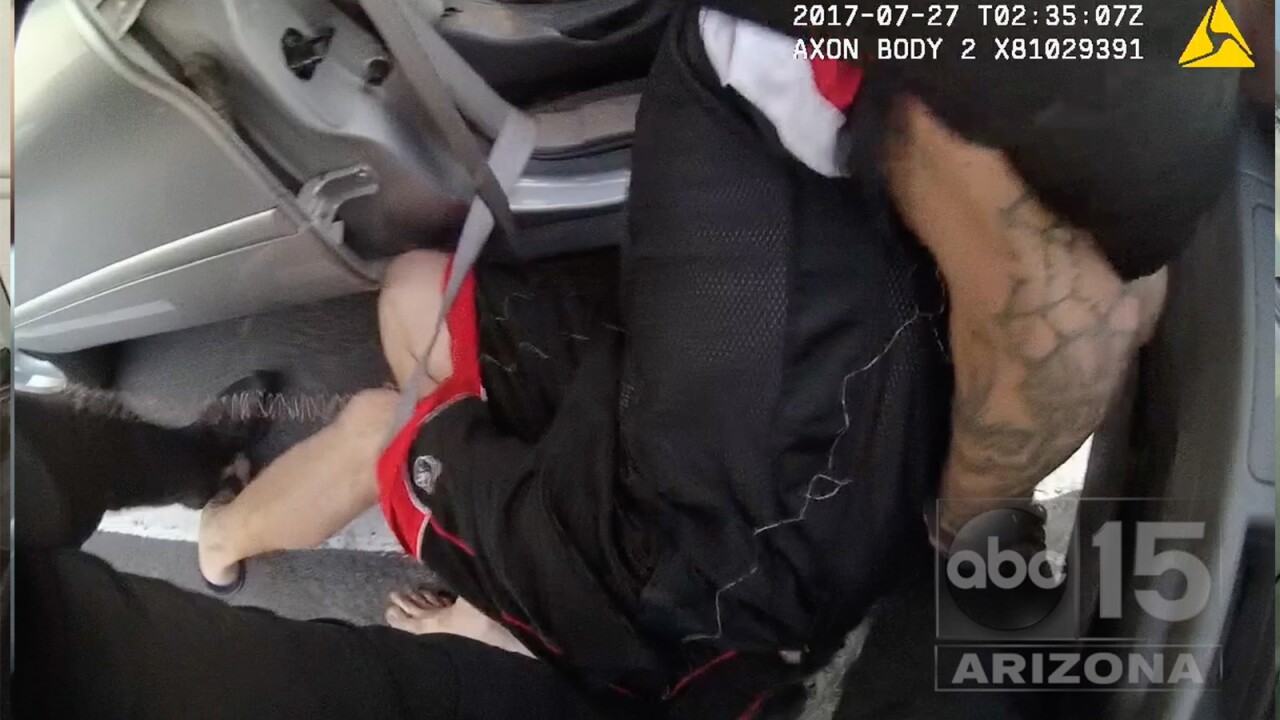 PHOENIX — The Maricopa County Attorney's Office has asked the Federal Bureau of Investigation to review the actions of Glendale police officers at the center of a 2017 incident where a man was tased 11 times by Glendale police.

"After having personally reviewed all available video evidence, I have determined further investigation is warranted," county attorney Bill Montgomery said in a Wednesday statement. "In order to ensure the public's confidence in any future determination of whether the use of force was lawful, review by an uninvolved agency is appropriate.”

"What I saw on that videotape did not represent the law enforcement that I know in the state of Arizona. What I saw was completely unacceptable," Ducey said. "And it seems to me that the investigation was whitewashed. I'd love to see the county attorney's office re-open the investigation and get to the bottom of what happened there and hold people accountable."

In a statement, an FBI spokesperson said the agency is responsible for investigating potential violations of federal civil rights statutes.

"Any time civil rights violations are brought to the attention of the FBI, the FBI collects all available facts and evidence and will ensure they are reviewed in a fair, thorough, and impartial manner," according to spokesperson Jill McCabe. Citing department policy, McCabe said the FBI cannot confirm particular investigations or comment on cases where criminal charges have not been filed.

An internal departmental review of the force used by Schneider concluded his actions "demonstrated a serious lack of judgment" and said he exhibited "gross negligence." The same review suspended him without pay for 30 hours, but otherwise took no further action.

When asked for a response to the county attorney's request for an FBI review, Glendale police said "it would be inappropriate to respond at this time due to the incident being at the center of ongoing litigation."

Johnny Wheatcroft was handcuffed lying face down on the hot asphalt on a 108-degree day. He'd already been tased 10 times, with one officer kneeling on his back as Schneider kicked him in the groin and pulled down his athletic shorts to tase him a final time in his testicles, according to a federal lawsuit and body camera footage obtained by ABC15.

Glendale's mayor also released a statement about the incident on Tuesday.