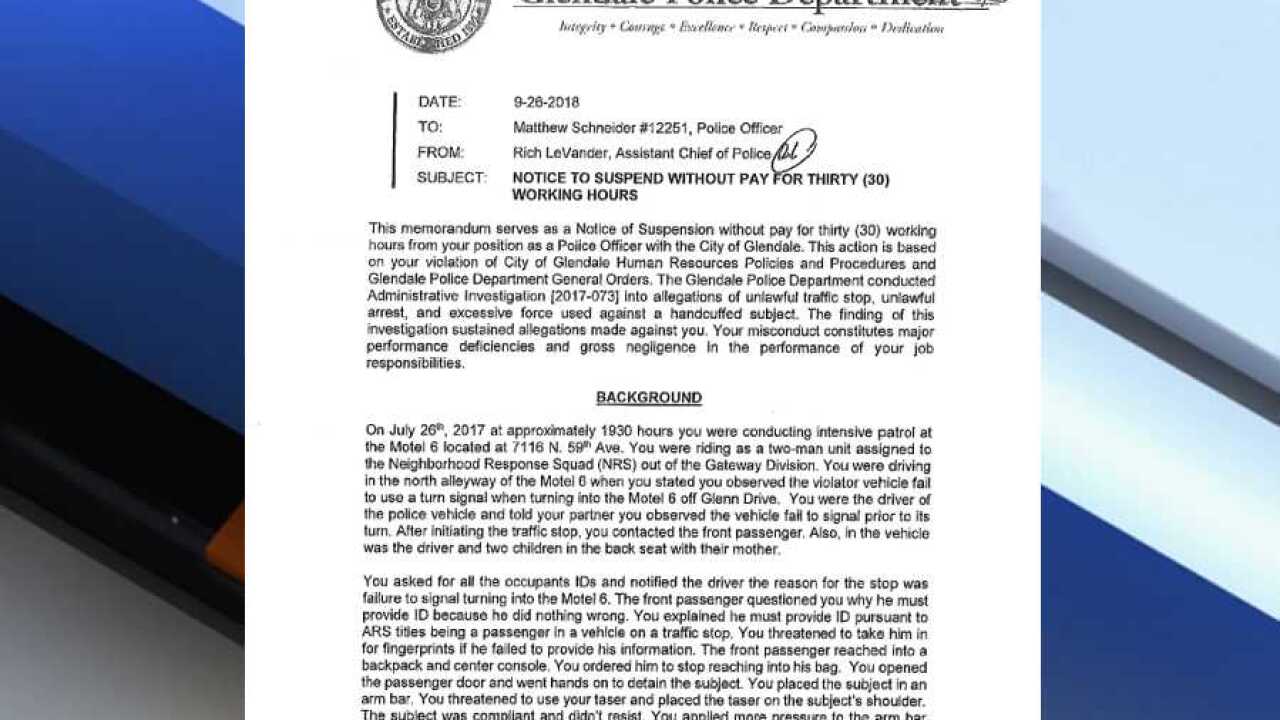 GLENDALE, AZ — An internal review of a confrontation between Glendale police officers and a vehicle with five people inside ended up with a 30-hour suspension for one officer.

ABC15 obtained body camera footage of a 2017 incident involving the Glendale Police Department and Johnny Wheatcroft, in which Wheatcroft was tased 11 times by officers. Experts called the conduct "sadistic" and "outrageous."

On September 26, 2018, assistant chief Rich LeVander notified officer Matthew Schneider of a 30-hour suspension without pay "based on your violation of City of Glendale Human Resources Policies and Procedures and Glendale Police Department General Orders."

Schneider was investigated for his actions on July 27, 2017, where body camera footage obtained by ABC15 shows Wheatcroft being tased 11 times during a traffic stop.

"The findings of this investigation sustained allegations made against you. Your misconduct constitutes major performance deficiencies and gross negligence in the performance of your job responsibilities," LeVander wrote.

"Based on the suspect's lack of resistance at the time of your use of force, review of the video-recordings, and subject matter expert review of all the circumstances, the amount of force you used against the suspect was unreasonable and unnecessary," LeVander said.

"Your conduct in this incident demonstrates a serious lack of judgment and it is unbecoming of a Glendale police officer. You clearly violated policy. You have displayed conduct that that not only causes the public to lose trust in the employees of the Glendale Police Department, but also affects the day-to-day operations of this organization."

Take a look at the full report below: